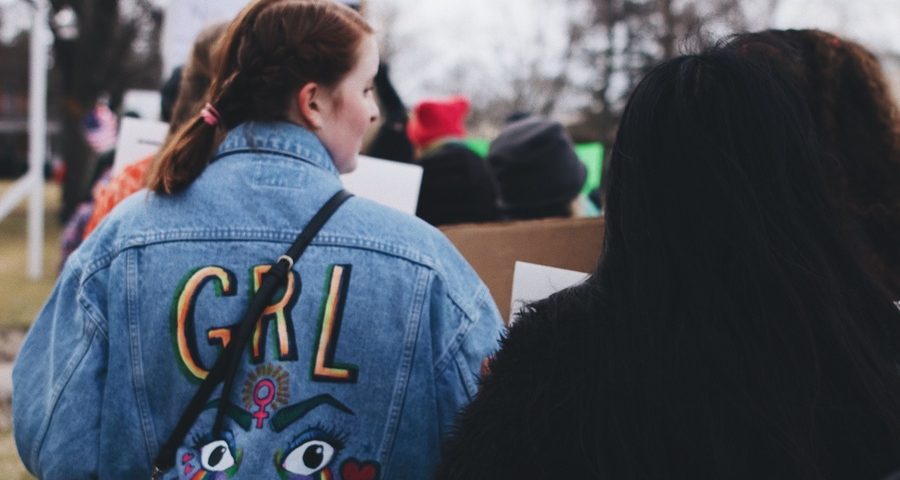 Since the swearing-in of the incumbent Austrian government in December 2017, journalists, feminists and representatives of women’s rights organisations all over the country regularly protest against the attempted changes made by the government in the country’s gender politics achieved during the last 50 years

The 20th century marked various milestones in the history of feministic politics in Austria. In 1918, women first were allowed to vote. Only in 1971, about long 50 years later, homosexuality was not considered to be a crime anymore and was finally legalised. In 1975, abortion was legalised and written down in the Austrian Criminal Code §§ 96-97. In the same year, women were equalised to men legally. 1989 marked a particular moment in Austrian herstory: marital rape was prohibited by law. And finally, in 2019, marriage was opened to homosexual citizens.

As mentioned above, in 2017 and 2018 drastic attempts were undertaken to change gender politics in Austria. And those still going on in 2019. Already in the first half year of the current administration composed of the conservative Austrian people’s party (ÖVP) and the right-wing Austrian Freedom Party (FPÖ), members of the government were fiercely criticised by proposing and introducing a number of measures which are likely to undermine women’s rights and their protection.

Comparing the current numbers to those of 2015, the figures show that there has been progress towards less, but still persisting, inequality in 2017 as at that time Austria scored 50,2 (EU-28 score 52,9). In 2017, in Austria the highest scores were achieved in the domains of health and money. The gender balance in the sectors of power and knowledge has improved due to more equal representation of women and men in decision-making in the economic sphere. Participation in the labour market sent positive signals towards gender equality in Austria, but continued segregation of women and men into certain professions has impeded positive tendencies. Also, the division of time dedicated to social activities has become more gender unequal.

Slowing Down the Progress

With the current administration, the numbers of the upcoming Inequality Index of 2019 are likely to worsen. As the majority of conservative and right-wing parties in Europe, also ÖVP and FPÖ, according to their party programs, follow a conservative line in terms of gender and feminism. They directly undermine positive gender politics and equality among men and women. Especially, the right-wing party FPÖ openly criticises the so-called “gender ideology”, “gender mainstreaming” and gender quotas in companies. The party program directly rejects units of non-heterosexual parents and actively fosters ideas of traditional families meaning heterosexual couples with children.

Representatives of the ÖVP highlight the presence of children who make up a family and the family as a unit of Austria’s society. However, Austria’s Vice-Chancellor and FPÖ-chairman Heinz-Christian Strache decided to take a “Papa-Monat”, a one-month-parental-leave for fathers, after his child was born this year. Also, Minister for Agriculture and Tourism Elisabeth Köstinger (ÖVP) returned to politics after a two-month-parental leave after the birth of her son. Her husband is going to be the “stay-at-home-father”. However, both represent single cases and should not be considered new gender-positive tendencies in conservative parties.

To support families with working partners or also a working mother or father, the newly introduced “family bonus” (Familienbonus)by the ÖVP is supposed to be an annual fiscal relief of 1.500 Euros for families consisting of working parents with a gross income beginning with 1.700 Euros per child under the age of 18. The “family bonus” seeks to help those, who already pay high taxes when working, supporters of the bonus say. In July 2018 the new fiscal relieve was majorly approved in the Austrian chamber of representatives and was realised by 1st of January 2019.

The project did not make it without critics by the coalition composed of Austrian Social-democrats-party (SPÖ) and Neos (the New Austria and liberal forum) highlighting that inequalities will still persist for those parents who earn less than 1.700 Euros and/or bear the costs and education for their children themselves.

In summer 2018 Minister for Family Affairs and Women Juliane Bogner-Strauss (ÖVP), a molecular biologist and biochemist, became the target of heavy criticism as she announced to reduce the Ministry’s budget to support the work of civil society organisations in Austria. The financial support will be shortened by 179.000 Euros in 2018 and by 230.000 Euros in 2019. As a result, 5.3 million Euros will be available for the financial support of women’s organisation. (In 2017 the budget was 6.1 million.)

Furthermore, in July 2018 “MARAC” (Multi Agency-Risk Assessment Conference), a project aiming at investigating high-risk-cases of violence against women and representing an opportunity to connect police, lawmakers and NGOs during conferences, was stopped by the Ministry of Inner Affairs as reported to be inefficient.

The abolition of “MARAC” was harshly criticised by the political opposition claiming that the security of women has lost its worth in the eyes of the Austrian government. Further, representatives of women’s rights organisations argue that a single institution will likely be not enough for a comprehensive protection of victims and highlight the need of interconnectivity between various agents in the field when combating violence against women.

Back in 2017 the last evaluation of the Council of Europe’s GREVIO, an expert group on “Action against Violence against Women and Domestic Violence” within the framework of the treaty of Istanbul Convention, found a “number of positive legal and policy measures” in Austria. Nevertheless, the experts mentioned that victims of rape, forced marriage and female genital mutilation received less help and support.

GREVIO’s outcomings would probably be different within the current situation. Bogner-Strauss’s plan to reduce the budget of women’s rights organisation is not meeting the current needs of prevention of violence as in the first months of 2019 a number of cases of murder and violence against women affected Austria’s society. As a reaction to those cases of violence, discussion arose in society and the Ministry for Inner Affairs installed the taskforce “Criminal law” (Commission “Protection of victims and work with perpetrators”) in February 2019.

The most recent attempt to narrowing the rights of women in Austria and interfering with their choices comes from the civic petition #fairändern meaning to “fairly change” the law on abortion. This civic initiative was organised by the Austrian conservative association „Willkommen Zukunft – für ein kinder- und familienfreundliches Österreich“ (Welcome future – for a child- and family-friendly Austria).

The Austrian law on abortion, also called Fristenlösung, a time-phase-solution, defined in §97(1) of the Austrian Criminal Code on “Impunity of abortion” permits the mother to abort legally until the third months of pregnancy by a doctor. This has to be done with obligatory consultation for the women beforehand. According to the law, abortion up to birth is legal “if there is a serious danger of mental or physical disabilities and if the abortion is done by a medical doctor” (§97(2) Austrian Criminal Code).

With the current law there is no obligatory date or time limit when to undergo the consultation as in other countries in order to meet the needs of the individual case of every women considering abortion. The costs of abortion are not covered by public health insurances and have to be borne by the woman personally. In contrast to the current legal situation, the founders and supporters of the petition demand a longer time period, namely 30 days, for overthinking the decision to abort a child.

Furthermore, their aim is to abolish eugenic indication and parents’ decision on whose life is valuable as it is currently permitted by Austrian law. The petition has been signed by about 60. 600 persons, also by representatives of ÖVP and FPÖ, and has already been brought to the Austrian Chamber of Representatives. In response to the petition, the movement #keinenmillimeter, meaning not going to move a millimetre on the right to abort, organised a reactional petition. The movement aims at mobilizing as many women as possible by raising awareness for the issue and organising conferences, events and campaigns in social media to reach a broader audience.

Times are also tough for working families and single-mothers as the government has introduced the 12-h-working-day by 1st September 2019. In other words, the new working-hour-model permits employers to demand 12h of work per day from their employees. For working parents, especially for single parents, this bears new challenges in terms of childcare in cities where child facilities close about 4pm and in smaller regions even earlier. In this case, usually women are forced into part-time-jobs (when earning less than their male partner).

Attempts to counter anti-feministic tendencies have made by the second Referendum on women’s issues in 2018. The referendum has collected about signatures of 482.000 supporters which represent 7.2% of those allowed to vote, and made it to the Chamber of Representatives in Vienna. The organisers were demanding a 30-h-working week to meet the necessities of child care. Further they called for gender parity and quota in politics, the closure of the still existing gender pay gap, better compatibility of working hours and opening hours of child care facilities, prohibition of commercials with sexist content and gender stereotypes in schools and childcare facilities and elevated gender-sensitivity in asylum-procedures of women. Just last April, the government concluded the session on the Referendum without any significant realisations of the organisers’ demands. Even in 2019, it seems that Austria still has a long way to go. Hopefully not backwards.