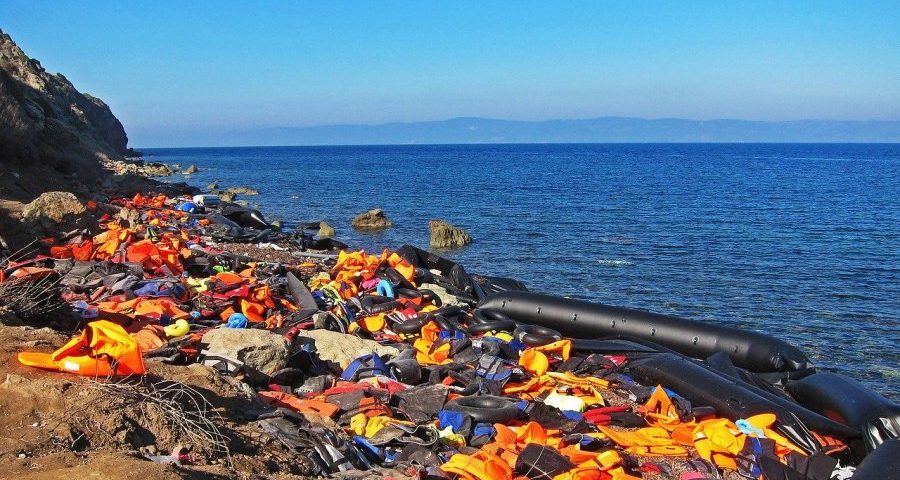 “We have just heard that we have been granted safe haven. We are now on our way to the island of Lampedusa in Italy.”

This was the message sent by an aid worker with Doctors Without Borders to eighty-two Libyan refugees on board the Ocean Viking after they were rescued by the NGO SOS Méditerranée in early September 2019. The permission to land marked a new beginning in Italian immigration policy, which could also have a beneficial impact on policy throughout Europe.

The aid worker’s message was greeted with an outburst of joy by the refugees. After fourteen months of closed doors, as implemented by the former Italian far-right interior minister and deputy prime minister Matteo Salvini, his successor, Luciana Lamorgese, put an end to his discriminatory immigration policy and permitted the rescue ship to land in Italy.

Salvini’s politics has involved the dissemination of fake news and harsh, harassing Twitter attacks on his opponents. Both during the election campaign that brought him to power and later in his capacity as interior minister, he managed to inflame sentiments over immigration in Italy and Europe. It is worth taking a closer look at the legal changes introduced by Salvini, much discussed in the international media, as well as the initial results of Lamorgese’s liberal policies.

In his short term in office, from June 2018 to August 2019, Salvini succeeded in passing two laws on immigration and security in Italy. Both were aimed at restricting the rights of immigrants arriving in Italy. The first law, ddl 840/2018, the so-called Decree on Security and Immigration, was approved by the Italian Chamber of Deputies and the Senate in November 2018. As its name suggests, the law ostensibly bolstered the security of Italian citizens by conflating two issues: immigration and security—two hot-button keywords that have been mainstays in the rhetoric of populists in Italy and elsewhere. The decree is mainly aimed at combating the Italian mafia and immigration. According to its text, as published in the government bulletin Gazzetta Ufficiale, the new law includes several provisions regarding immigration in Italy, including identification, admission, international protection, and integration, as outlined below.

The first article abolishes the granting of asylum on the grounds of humanitarian protection. Salvini substituted humanitarian protection with permission to stay in Italy if the person in question has been a victim of domestic violence or abusive labor practices or their medical treatment could not be guaranteed in their country of origin. Experts from the Italian Council for Refugees (Cir) warned that the abolition of humanitarian protection could be unconstitutional and would violate international treaties. Political asylum and subsidiary protection are still guaranteed in Italy, however. According to Article Ten of the Law of Migration of 1998, which recognized humanitarian protection as the law of the land in Italy, this type of protection is accorded to foreigners who cannot be sent back to their country of origin due to the likelihood they would be persecuted there. However, after passage of the new law, experts expected an increase in illegal immigration. According to Matteo Villa, an analyst for the Institute for International Political Studies, the number of immigrants who were denied asylum in Italy would rise to 140,000 within two years.

International protection is revoked if the person in question has committed certain crimes: sexual assault, grievous bodily harm or threats against public officials, female genital mutilation, robbery, pickpocketing, and home invasion. Asylum can also be denied if the person is on trial for criminal charges. If they return to their country of origin, they can also lose their international or subsidiary protection.

Citizenship can be revoked if the person has carried out a terrorist attack and is thus deemed a danger to state security. The new regulation applies to foreigners who have obtained Italian citizenship after ten years of residence in Italy, stateless people who have obtained citizenship after five years of residence in Italy, the children of foreigners who were born in Italy and thus became citizens after turning eighteen, the foreign spouses of Italian citizens, and persons of legal age who were adopted by Italians. Cir warned that the provision would create two classes of citizens: those born in Italy, who would enjoy full civil rights, and those who could be stripped of citizenship arbitrarily. Experts also argued that the provision was a possible violation of Article Three of the Italian Constitution and expressed their alarm at the potential increase in the number of stateless people living in Italy.

Refugees can now be held for up to 180 days in repatriation centers before being sent back to their countries of origin, as opposed to ninety days before the law was passed.

Article Three of the law deals with the identification phase. It stipulates that asylum seekers can be detained in hot spots and “welcome centers” for a maximum of thirty days in order to establish their identities and nationalities. Combined with the previous provision, an asylum seeker can now be detained for a total of 210 days without actually having committed a crime. This procedure can have damaging effects when the asylum seeker is a minor or part of a family unit. When no welcome centers or other facilities are available, foreigners can be detained in buildings at the border for forty-eight hours.

According to Article Six of the law, funding for repatriation centers will be increased over three years, with additional funding of 500,000 euros in 2018, and 1.5 million euros each in 2019 and 2020.

The law also introduced new regulations on rental cars to prevent their being used in terrorist attacks.

The Protection System for Asylum Seekers and Refugees (SPRAR) will continue to exist for refugees accorded international protection and unaccompanied refugees under the age of eighteen.

Article Ten of the law stipulates a rapid and simplified expulsion procedure by the relevant regional authority deciding whether to grant a person asylum. If the person has been convicted of a crime, they may be expelled immediately.

Article Seven bis calls for the establishment of a new list of unsafe countries. If the refugee is from one of the countries on the list and has a compelling reason for seeking asylum, their asylum procedure would be accelerated. Since the provision introduces even stricter rules for granting asylum, the Cir once again warned that obtaining asylum in Italy would become much more difficult.

Article Thirteen of the law stipulates that asylum seekers cannot register their domiciles with the registration office and therefore cannot obtain residence in Italy.

During the summer of 2019, Salvini tabled a second law bill on immigration, also known as Decreto sicurezza bis. Law No. 53 (“Urgent provisions on law and order and public security”) was passed on August 5, with a vote in the Chamber of Deputies of 160 in favor, 57 against, and 21 abstentions. The majority of deputies who voted to pass the new law were from Salvini’s Lega and the Five Star Movement, of course. The law consists of eighteen articles that criminalize rescues at sea and reform the criminal code, in particular, regulations concerning the maintenance of public order during demonstrations.

Article One of the law stipulates that the interior minister can prohibit seagoing vessels from entering, transiting or stopping in Italy’s territorial waters, and their captains can be charged with “promoting illegal immigration.” Article Two has garnered much attention from the press and human rights activists because it stipulates punishments for rescue boat captains, including fines of between 150,000 euros and one million euros for violating Italy’s territorial waters and resisting interventions by Italian warships, per Article 1100 of the Maritime Code. Articles Three and Four stipulate the consequences for captains who “promote illegal immigration,” and provides for fines of up to 50 thousand euros.

Experts have criticized the law, pointing out that the number of refugees has, in fact, decreased. The UNHCR’s Italian office has stressed that the new restrictions are at odds with international treaties, including the 1951 Geneva Convention and the principle of non-refoulment. In addition, since rescuing people in distress at sea is an international obligation, not saving them would be illegal. This was borne out by the court’s ruling in the case of Carola Rackete, the German captain of the Sea-Watch 3, who defied the new restrictions in June 2019 and landed in Lampedusa.

Now all eyes are on the newly appointed interior minister Luciana Lamorgese, who was appointed to the post by Italian president Sergio Mattarella. Before her appointment, Lamorgese held high positions in the interior ministry as a civil servant. Her name is positively associated with the immigration crisis of 2015, as she spearheaded several projects on the local level.

What can we now expect from the new Italian government regarding the immigration crisis? New key phrases have come to dominate the political arena in Rome: solving the emergency, introducing European humanitarian channels, amending Salvini’s two laws, stabilizing the political situation in Libya, and implementing new integration policies. The Valletta Summit on Migration – on September 23 fueled hopes that a multi-lateral solution to the long-lasting crisis was in the works. The summit decided that arriving refugees would be divided among different European countries within four weeks, a step away from the Dublin Regulation. There would also be a rotation of receiving ports, although Italy and Malta would still be the main ports. Other European countries would accept refugees on a voluntary basis but could be sanctioned if they refused to take them in.

Lamorgese concluded the summit by reiterating that the immigration crisis could not be solved by Italy and Malta alone and calling for all European countries to get involved. Her professional background and the hopes invested in her could mean that the corner has been turned, and that European countries who have not been willing to accept refugees will now join the process of solving the crisis, something that can only be accomplished jointly.