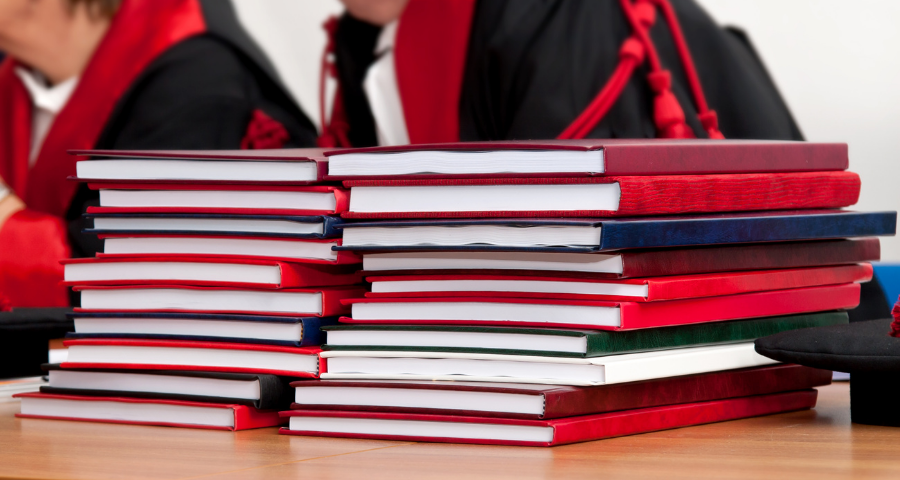 A 2013 ‘word of the year’ in Russia was Dissernet, the name of an emerging informal network that set out to investigate infractions of academic integrity in Russia – in particular, to expose plagiarism in the dissertations of high-ranking academics and politicians. The unexpectedly massive response to the initiative was undoubtedly due to the growing awareness of corruption among the country’s ruling elites: the importance of this topic for the public opinion has steadily increased since the rise in political protests in late 2011.

At the outset, the network did not intentionally pursue any political goals and focused on academic corruption as a systemic phenomenon rather than target individual high-ranking fraudsters. However, according to one of Dissernet’s founders, journalist and public figure Sergei Parkhomenko, reviewing dissertations for plagiarism has helped expose unethical individuals among government officials and other power holders in Russia. So this aspect has been prominent in the project’s efforts and its perception by the public from the start.

One can see a parallel between the Russian Dissernet and the German VroniPlag Wiki that emerged (originally under the name GuttenPlag Wiki) two years earlier, when German Defence Minister Karl-Theodor zu Guttenberg was accused of academic plagiarism. Activists found hundreds of passages borrowed without proper citation (to put it simply, plagiarised) in his thesis, and the finding caused both a revocation of his thesis and his resignation as Defence Minister. From that moment on, high-profile dissertation plagiarism scandals have become a frequent occurrence in European politics. In addition to German politicians, the VroniPlag Wiki exposed academic misconduct in other countries: in Hungary in 2012, a plagiarism scandal caused President Pál Schmitt to step down. But fraudsters in the German political elite have been exposed by the VroniPlag activists much more often: shortly after Gutenberg, Vice President of the European Parliament Silvana Koch-Mehrin and German Federal Minister of Education Annette Schavan lost both their academic degrees and their political positions. In contrast, Deputy Prime Minister Zsolt Semjén of Hungary was not affected by a plagiarism scandal in a major way, because the university refused to conduct an investigation which could have led to revocation of his degree, and the minister retained his position in government.

In Romania, Minister of Education Ioan Mang was forced to resign after being accused of plagiarism in his academic papers (2012). On the other hand, when Prime Minister Victor Ponta was accused of plagiarism at about the same time, a high-profile scam was orchestrated to save the politician’s career: a review committee which unanimously found plagiarism was suddenly expanded, while its proceedings were in progress, from 20 to 45 members by the Ministry’s decree; the 25 newly minted members then voted against the already adopted decision. Ponta retained his degree and gave it up voluntarily two years later, after losing the presidential election, but nonetheless retained his prime minister position.

Emergence of Dissernet in Russia

Dissernet emerged in Russia following two not-so-high-profile plagiarism scandals: in end-2012, activists accused State Duma Member Vladimir Burmatov and the Director of the MSU SECS (Moscow State University’s Specialised Educational and Research Centre) Andrei Andriyanov of having plagiarised their dissertations. Burmatov denied the allegations but stepped down from his position of the State Duma Committee on Education’s first vice chair.

In a less predictable turn of events, Andriyanov’s story did not only leave him without his degree and his position at the MSU but also caused multiple other fraudsters who received their degrees from the same dissertation board to be stripped of their academic titles. An ad-hoc review committee set up by the Ministry of Education and Science found that the said dissertation board had effectively operated as a ‘dissertation factory’, awarding academic degrees for fully or partly plagiarised papers; as a result, the dissertation board was dismantled and its chairman fired from the university.

Shortly after that in 2013, Dissernet emerged as ‘an independent network-based community’. For the first time, high-ranking Russian politicians, just as their EU counterparts, were faced with the threat of losing their dubious academic degrees. Within a few months, Dissernet started filing formal appeals with the Russian Ministry of Education and Science to strip officials of their degrees for infractions of academic integrity. Some of the cases can serve as a good illustration of how plagiarism scandals are handled in the EU and Russia both in terms of political office and academic attestation; this essay briefly describes three cases initiated by Dissernet members against former and current federal ministers.

How Academic Degrees Are Revoked in Russia

The procedure of academic degree revocation is fairly complicated in Russia; it is different from the relevant procedures in Western Europe and often confusing even for Russian academics.

Several authorities are involved in academic certification: permanent dissertation boards (DB) at universities and research institutions, expert councils (EC) for specific disciplines at the Higher Attestation Commission (HAC), and the HAC itself having the power to make the final decision. The same authorities are involved in the degree revocation process which the Ministry of Education and Science can initiate upon a reasoned appeal from a Russian citizen. Such appeals are first channelled through the relevant EC, followed by the dissertation board, and then submitted to the Higher Attestation Commission for a final decision, usually based on recommendations from the previous stages.

When a high-ranking official is facing degree revocation proceedings, there is a likelihood of political pressure on the HAC. It takes courage and integrity for academics to withstand such pressure, especially that a public vote is required at all stages.

The first (now former) federal minister to have her degree challenged following an appeal from Dissernet was Elena Skrynnik who headed the Russian Ministry of Agriculture between 2009 and 2012. Dissernet’s appeal was drafted by the author of this article who had performed a textual analysis of the borrowings; then the appeal was signed off by a practicing lawyer (subsequently, Dissernet activists have been signing the appeals themselves, usually collectively). As they were not formally involved in filing the appeal, Dissernet representatives were not allowed to attend the DB, EC or HAC hearings on the Skrynnik case. However, the Higher Attestation Commission decided in favour of the applicants and recommended revoking the former minister’s Doctor of Economics degree in December 2014.

In 2016, the outcome of a case involving the then Minister of Communications Nikolai Nikiforov was strikingly different, apparently due to political pressure on the academics. It appears that by efforts of certain Expert Council members, the case ended up in the Dissertation Board at RANEPA whose reputation left much to be desired. There was no doubt that their findings would be in Nikiforov’s favour. The appeal to revoke Nikiforov’s degree was written by Leonid Volkov of Alexei Navalny’s Anti-Corruption Foundation as a voluntary contribution driven by ‘anti-corruption solidarity’. Based on Volkov’s expert analysis, the appeal was then signed and submitted by Dissernet members to give them access to the proceedings. The DB did find borrowings without proper citation in the Minister’s thesis but unashamedly declared them ‘quite pardonable’ – moreover, since the text in question had been copy-pasted from the work of Nikiforov’ academic advisor, the DB went as far as commend the author for maintaining ‘wholesome academic continuity’. The other authorities upheld the decision, and the Minister retained his degree.

A more prominent plagiarism scandal involved the incumbent Minister of Culture Vladimir Medinsky, vividly demonstrating the extent of political intervention in the academic sphere in Russia. Two doctors of history and the author of this article submitted an appeal raising not so much the issue of plagiarism but a blatantly unscholarly approach found in the minister’s dissertation. In the introduction to his work, Medinsky makes an outright statement that his test of truthfulness and reliability of historical facts is ‘weighing [them] on the scales of Russia’s national interests. In addition to this, there were other issues with the thesis, e.g. its abstract contained a bogus bibliography of non-existent books and papers.

Medinsky was not as ‘lucky’ as Nikiforov, as most of the academics sitting on the Expert Council on History had the integrity not to succumb to direct political pressure. They sent the paper to the Dissertation Board at the Urals Federal University, and soon the Ministry of Education and Science officials learned that the UFU was about to issue a ruling not in the Minister’s favour. The Ministry then chose to stir public scandal: a DB hearing scheduled for 4 October 2016 was postponed upon Medinsky’s request, and a few days later the case was discontinued under the pretext of a missed deadline for the hearing.

The academic community was predictably shocked, and their protest even spilled over into the federal press; but that was only the beginning. The next shocking step was sending the case to a different dissertation board – that at the Moscow State University; facing political pressure, the MSU DB refused to consider the case stating that they had not found any signs of plagiarism in the paper – although the initial complaint was not essentially about plagiarism. And it was only when the case was sent to a smaller and less known Belgorod University whose DB was not so burdened with academic integrity that the Ministry was able to achieve the desired result: the board found the complaints against Medinsky as a historian unsubstantiated.

But their ruling did not end the scandal because everyone could see what was going on, and on 2 October 2017, the Expert Council on History voted to strip the Minister of his degree despite the Belgorod DB’s finding. Normally, the Higher Attestation Commission approves Expert Council decisions almost automatically, following a merely formal discussion. Many people had expected Medinsky to lose his degree, especially in the context of new and shocking circumstances revealed a week later: the peer reviewers 1Peer reviewers – also termed ‘academic opponents’ in Russia – are experts in the subject tasked with reviewing a thesis and challenging it during the defence process. named in the abstract to Medinsky’s thesis denied having anything to do with his work. However, much to the indignation of the academic community, the Higher Attestation Commission’s recommendation was to allow the Minister to keep his degree, after several ‘inconvenient’ dissenting academics were removed from the HAC a few days before the decision. As for the equally ‘inconvenient’ EC on History, its membership has since been almost entirely overhauled after an aggressive campaign in the government-controlled press and on television.

The cases above, especially the last one which is very similar to that of  the Romanian prime minister, do not only reveal an obvious contrast between Western Europe and Russia in terms of allowing unscrupulous government officials to hold on to their degrees and proceed with their careers after being exposed as fraudsters, but also indicate an ‘intermediate’ position of the Eastern European EU members in this respect. While confirmed cases of academic fraud have always caused government ministers to lose their degrees and to step down in Germany and never in Russia (as long as incumbent officials are concerned), in Hungary and Romania, the two trends run concurrently.

Furthermore, the case of Viktor Ponta who gave up his degree voluntarily after losing the presidential election follows almost the same logic as the case of Skrynnik in Russia, namely that a top-ranking official’s forced resignation or involvement in high-profile political scandal can strip them of the informal ‘immunity’ they enjoy by default in the academia. Hopefully, this phenomenon at the intersection of politics and academic values will become the subject of sociological research, as plenty of material has been gathered already.

Ivan Babitsky is a philologist (Ph.D. University of Florence), since 2013 - an expert of the Dissernet.