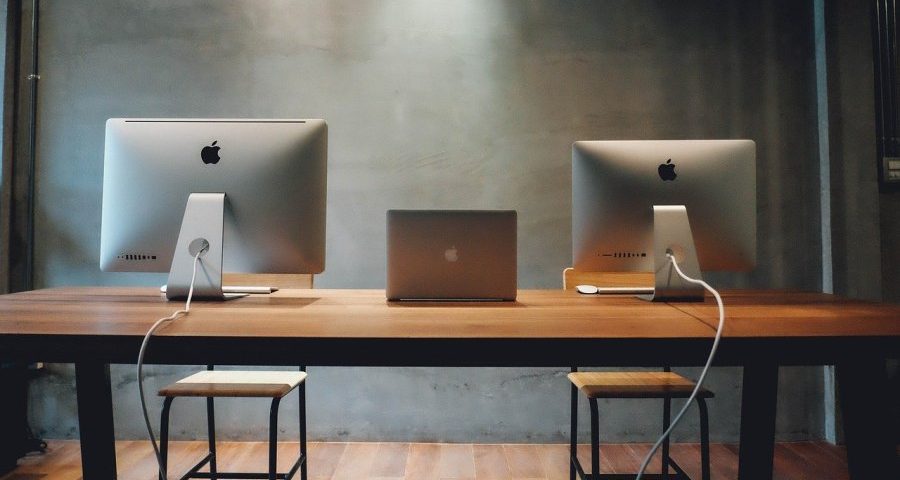 When examining the case law of the European Court of Human Rights (hereafter referred to as “the Court”), the issue of digital justice and internet access forces us to analyse several theoretical questions. What is the internet? A means or an end? How do we define the right to access the internet? Is it an autonomous human right, or does it augment other rights protected by the European Convention on Human Rights? And if we understand internet access as a human right, what are its implications for the community of prisoners compared to people living outside of the prison context?

Below, I will propose decoding internet access understood as a human right in the prison context in the European region, based on the legal reasoning adopted by the Court, and highlight this legal paradigm’s positive and negative features and consequences.

Internet access has increasingly been “understood as a right” by the Council of Europe and other international organizations, and calls have been made to develop effective policies to attain universal internet access, since an increasing amount of services and information are only available on the internet.

Any restrictions to this freedom cannot be arbitrary and must pursue a legitimate aim in keeping with the European Convention on Human Rights.

In the Court’s case law, the issue of digital justice and internet access has been explored under the scope of Article 10 (right to information and access to legal data and digital legal services) and Article 2 of Protocol 1 (right to education). All the legal reasoning concerning the rights connected to internet access is grounded in the positivist idea that strictly links the internet to human and social progress. 5United Nations Human Rights Council A/HRC/32/L.20, 2. The internet is also understood as a way of enhancing the rights of freedom of expression and freedom of peaceful assembly and association, and the protection of privacy online is a necessary tool for exercising these rights. 6Ibid.

Particularly interesting in the prison context is the connection between internet access and the promotion of the right to education, as the internet opens opportunities for affordable and inclusive education on a global scale. 7Ibid.

Among recent attempts to translate the right to internet access into internationally recognised law, the UN Human Rights Council’s resolution on The Promotion, Protection and Enjoyment of Human Rights on the Internet denounces the “digital divide,” stressing the need to reduce it in relation to certain categories of vulnerable subjects, mainly women and persons with disabilities. 8Ibid.

Paired with the question of vulnerability and social disability, the notion of the “digital divide” is relevant when addressing the issue of internet access in prison. Looking at the Court’s case law, the legal vulnerability of prisoners has been affirmed on a case by case basis, starting from the consideration that the essence of imprisonment is not only state control over a prisoner’s physical well-being, but also subjugation to state authority and control in the areas of personal autonomy, access to information, especially legal information, and contacts with the outside world. The legal vulnerability of prisoners should be assessed through an analysis of the prison context and the specific conditions of deprivation of liberty.

We can trace the development of the legal reasoning on the issue of internet access in prison by following the Court’s steps and using three recent cases that have explored this question, confronting the Court with the necessity of interpreting internet access as a human right in the prison context.

The Court first dealt with the matter in the case of Kalda v. Estonia, in which a violation of Article 10 was found because of restrictions placed on prisoners’ access to certain websites on the internet. 9Kalda v. Estonia (Application No. 17429/10), 19 January 2016, EHCR. The websites to which the applicant had requested access “predominantly contained legal information and information related to fundamental rights, including the rights of prisoners.” 10Ibid., § 50. Since “the accessibility of such information promotes public awareness and respect for human rights,” the Court deemed important “the applicant’s argument that the Estonian courts used such information and the applicant needed access to it for the protection of his rights in the court proceedings.” 11Ibid. Moreover, “when the applicant lodged his complaint with the domestic courts, the Estonian translations and summaries of the Court’s judgments were only available on the website of the Council of Europe Information Office,” to which he had been denied access. 12Ibid., § 51.

No general positive obligation exists for member states to grant prisoners internet access. 13Ibid., § 45. The only reason the Court found a violation of Article 10, then, is because the state, in this case Estonia, had already granted internet access to prisoners. This resulted in a very uneven situation across European member states, limiting the Court’s ability to intervene in implementing access to information and bridging the “digital divide” in the prison context.

In a subsequent case, Jankovskis v. Lithuania, a prisoner complained that he had been refused access to a website run by the Lithuanian Ministry of Education and Science, thus preventing him from receiving education-related information, an act in breach of Article 10 of the Convention. 14Jankovskis v. Lithuania (Application No. 21575/08), 17 January 2017, EHCR.

What is interesting about this case is the fact that the Court interpreted the case not considering internet access itself, but rather access to a specific kind of information and connecting it to the right to education and the possibility of rehabilitation in prison. The applicant’s complaint was that he, as a prisoner, wanted access through the internet to information published exclusively on a website belonging to the Ministry of Education and Science. 15Ibid., § 53. The Court reiterated that “imprisonment inevitably entails a number of restrictions on prisoners’ communications with the outside world, including on their ability to receive information.” 16Ibid., § 55. Thus, as already affirmed in Kalda, “Article 10 cannot be interpreted as imposing a general obligation to provide access to the internet, or to specific internet sites, for prisoners.” 17Ibid.

Nevertheless, the Court found that access to information relating to education is granted under Lithuanian law. Therefore, there is a relevant difference between Kalda and Jankovskis in that Lithuania not only has no existing law granting prisoners internet access, but “the prohibition on the inmates’ use of the internet in prison can be said to be ‘prescribed by law’ within the meaning of Article 10 § 2 of the Convention.” 18Ibid., § 57.

Still the Court found a violation of Article 10, since “the interference [with the right to receive information] cannot be regarded as having been necessary in a democratic society.” 19Ibid., § 64.

The Court also made the link between internet access and the right to information by stating that “certain information is exclusively available on internet,” thus establishing the nature of the internet as a tool for receiving information related to education. 20Ibid. The Court went further by affirming that beyond the right to information, the right to social rehabilitation was also at stake in the case, since “it is not unreasonable to hold that [the] information was directly relevant to the applicant’s interest in obtaining education, which is in turn of relevance for his rehabilitation and subsequent reintegration into society.” 21Ibid., § 59. According to the Court, internet access is not yet a right in the strict sense, but it can be a tool for exercising fundamental rights. It is a means and not an end.

In June 2006, the two applicants, who were serving prison sentences for terrorist activities, sat an entrance examination for two higher education institutions. Both applicants, relying on the relevant domestic legislation, asked to be able to use a computer with internet access in the rooms designated for this purpose by the prison authorities for pursuing their higher education. Their requests were denied by the prison authorities and their appeals against those decisions were unsuccessful. Just as in Lithuania, the relevant Turkish legislation authorises the use of audio-visual training resources, computers, and internet access under supervision in rooms designated for this purpose by the prison authorities as part of rehabilitation or training programmes. (Ibid., § 53.))

In this case, as in Kalda, the state provided internet access in prison under certain conditions and, as in Jankovskis, the Court undergirded the protection of internet access by causally linking it to the right to education.

If this is the trend in case law on internet access, there are areas in which the Court will be challenged in the future to interpret the role of the internet in prison from other and potentially more critical perspectives.

As a matter of fact, a trend has been identified in some European countries concerning the digitalisation of justice and trials, as well as the possibility of replacing physical meetings with family members, lawyers, and other relevant parties with online meetings through the use of software for online communication. The Italian case is paradigmatic of this trend: the newly introduced legislative decree No. 123/2018 has foreseen the possibility of prisoners participating in surveillance hearings through videoconferences. 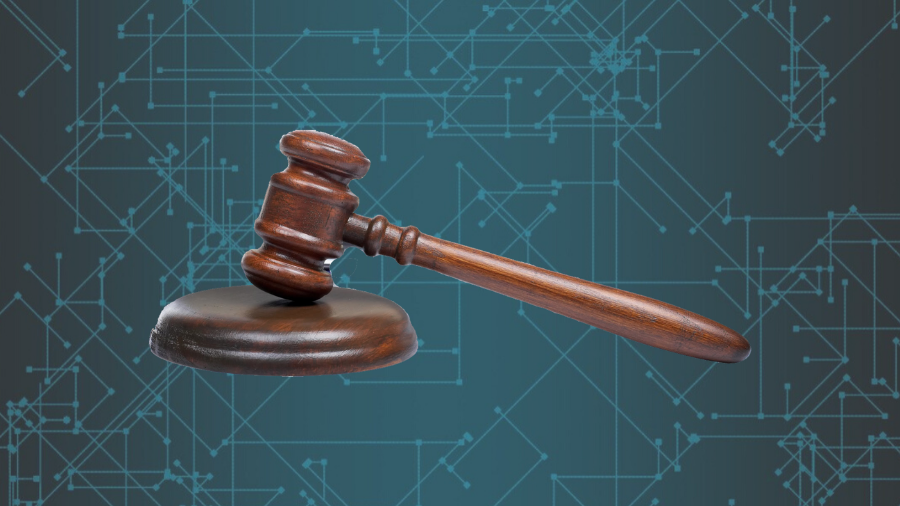