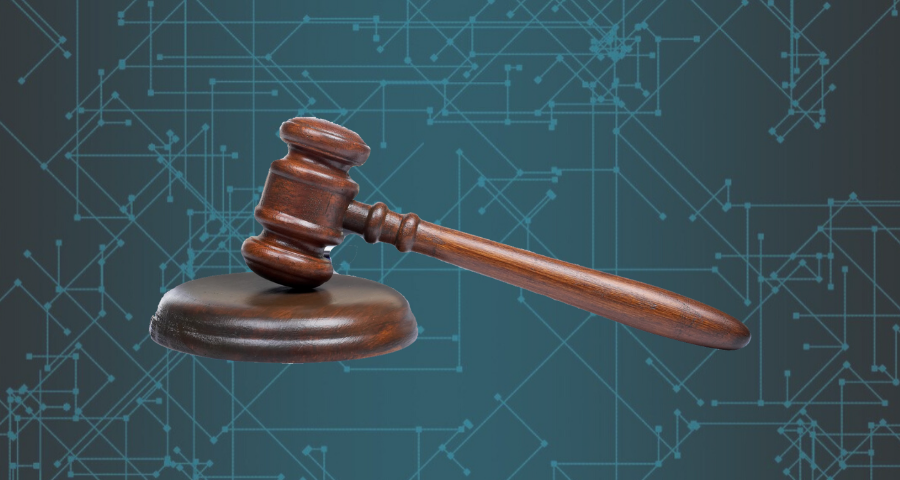 On March 11, 2020, the World Health Organization announced the COVID-19 to be a pandemic. Most countries have taken measures to combat coronavirus, and some of these measures have also affected the judicial system. In particular, courts in Azerbaijan, Kazakhstan, the U.K. and France hear oral arguments by means of a video link in most cases. Attorney visits to places of detention have been restricted or totally stopped in Kazakhstan, Kyrgyzstan, and the U.S.

Russia has also taken similar measures. But are they consistent with the country’s fair trial obligations under international law? Attorney-client communication and “remote” justice are the two aspects of fair trial provisions which cause most concerns, having been particularly affected by pandemic-related restrictions.

At the federal level, the Russian authorities have not declared an official emergency regime – either a “state of emergency” or an “emergency situation” 1 This article does not address the issue of legality and/or expediency of introducing a regime of high alert instead of a formal state of emergency or emergency situation throughout the Russian Federation. See more, e.g. in “Правительство РФ — граждане имеют право на выплаты в результате коронавируса. Но только в случае объявления режима чрезвычайной ситуации” [Russian Government: citizens are entitled to compensatory payments, but only if a state of emergency is declared] in Pavel Chikov’s Telegram channel, April 27, at https://t.me/pchikov/3644; “Команда 29 оспаривает постановление губернатора Санкт-Петербурга об изоляции” [Team 29 challenges St. Peterburg governor’s decree prescribing self-isolation], Team 29, April; however, on March 19, all constituent entities of the Russian Federation introduced a regime of high alert on their territory. On March 25, the Russian president announced so-called “non-working days” to last from March 30 to April 3, subsequently extended to April 30 and then to May 11.

Starting on March 16, the RF Federal Penitentiary Service (RF FSIN) suspended all visits to prisons by inmates’ family members; in Moscow, only one pre-trial detention centre (SIZO) still allowed attorney-client visits. On March 18, the Presidium of the Russian Supreme Court, jointly with the Presidium of the Russian Council of Judges, adopted new guidelines for courts: no in-person visits; paperwork was to be submitted via email or regular mail, courts were to consider only urgent cases and to do so by means of a video link “where technically possible,” court employees were advised to self-isolate should they experience any signs of COVID-19, and public access to court hearings was restricted. It was further clarified on April 2 that courts should have discretion in deciding whether a particular case was urgent enough for consideration. On April 29, the Supreme Court recommended that courts hear urgent cases by means of other types of videoconferencing equipment as well as a video link.

If, however, as is the case with Russia, no emergency situation or state of emergency has been proclaimed and no international body has been notified of derogations from the international human rights instrument, any measures to counter COVID-19 must comply with fair trial guarantees. In other words, any complaints concerning violations of the right to a fair trial must be treated in the same way as before the COVID-19 pandemic.

When considering complaints under Article 6 of the Convention, the European Court of Human Rights (ECtHR) examines whether the proceedings as a whole were fair. An important feature of the wide concept of a fair trial is the principle of equality of arms and adversarial process, meaning that “each party must be afforded a reasonable opportunity to present his case under conditions that do not place him at a substantial disadvantage vis-à-vis his opponent.” 7Klimentyev v. Russia, no. 46503/99, November 16, 2006, para 95. The Court has held that the use of a video link and other videoconferencing equipment is not, as such, incompatible with the Convention, but it must be ensured that the detainee is able to follow the proceedings, to see other persons present and hear what is being said without technical impediment 8 Yevdokimov and Others v. Russia, no. 27236/05, February 16, 2016, para 43. . Also, by a general rule, court hearings must be public; international instruments specify exceptions from this general rule: “the press and the public may be excluded from all or part of a trial for reasons of morals, public order (ordre public) or national security in a democratic society, or when the interest of the private lives of the parties so requires, or to the extent strictly necessary in the opinion of the court in special circumstances where publicity would prejudice the interests of justice…” 9 ICCPR, Article 14(1). There are similar provisions in Article 6(1) of the ECHR. .

Attorneys have reported numerous obstacles to visiting their clients in detention. The Federal Penitentiary Service has changed its visitation rules: now attorneys are only allowed to talk with their clients either in the presence of investigators or through glass by telephone, which makes confidential communication impossible, since telephones are tapped by prison administrations.

Perhaps the most egregious — due to the special circumstances and extreme vulnerability of the inmates — was the denial of access to attorneys whose clients were serving sentences in Penal Colony No. 15 in Angarsk, Siberia, after reports of a prison riot. The riot that occurred on the night of April 9 to 10, involved arson, and caused the death of one inmate was finally suppressed by the FSIN special forces. After April 13, according to inmates’ attorneys, the Penal Colony personnel continued to deny them access to clients in private without being escorted by investigators, referring to instructions from FSIN’s sanitary doctors. It was only after the prosecutor’s office and human rights defenders intervened in the matter that attorneys were given unsupervised access to their clients.

It is still possible for attorneys in Russia to visit police stations, courts and places of detention in person to participate in investigative actions, attend court hearings or meet with clients. But in the context of COVID-19, attorneys are concerned about their own and their families’ health. However, neither courts, nor investigating authorities, nor penitentiary facilities provide attorneys with personal protective equipment but require that it must be worn. This forces attorneys to make an ethical choice between their health and professional duty. Denying attorneys protective equipment hinders their work and puts them at a disadvantage compared to prosecutors who are provided with personal protection equipment by the state.

First, the legality of the Supreme Court’s recommendation for courts to hold remote hearings not only by means of a video link 10 The difference between video links and online videoconferencing is that the former is installed in courts and detention centres, meaning that one has to be physically present in a courtroom or a detention centre to use a VL system. In contrast, online videoconferencing technology may be used from any device or location, whether at home or in office. but also using other online conferencing systems is questionable, since the Russian procedural codes do not provide for the latter option. This can raise procedural issues not covered by regulations, with potential implications for future appeals of judgments adopted after a remote hearing. There have been reports in mass media of a conviction successfully appealed and reversed via Skype, but courts still prefer to postpone hearings rather than hold them remotely.

Second, although the video link technology has been available to courts for 20 years, under normal circumstances it had rarely been used, and today it is overloaded. Other videoconferencing methods do not always ensure a high-quality connection. While commercial arbitration courts can hold hearings by means of the kad.arbitr electronic case filing system, courts of general jurisdiction do not have such technical capabilities and invite parties to use Skype, Zoom and WhatsApp instead. Their use, however, has led to violations in respect of participants in the proceedings: thus, a court in Kemerovo, in hearing a case by means of WhatsApp, refused to admit a counsel hired by the plaintiff and used a state-appointed counsel instead; however, due to a technical impediment, the plaintiff did not understand and was not aware that the court had appointed a counsel for him.

And finally, courts often fail to ensure publicity — one of the most important safeguards of fair trial — when hearings are held remotely. The reason may be that in Russia, in contrast to some other countries 11 Courts in the U.K. recognise the importance of transparency and make provisions for journalists to either attend remote hearings or see their video recordings , neither the procedural codes, nor the Supreme Court’s rulings provide guidance on maintaining transparency in the context of remote access to the court. Instead, courts refuse to allow journalists or lay public to be present during hearings nor do they upload video recordings of sessions on the web. Thus, just one court in St. Petersburg has a video broadcasts page on its website, but no broadcasts have been posted there. Judicial transparency in St. Petersburg is supported by a Telegram channel of the Joint Press Service of St. Petersburg Courts which posts updates of the city’s courts, case information and sometimes broadcasts from hearings and photos from the courtroom. While certainly positive, this practice cannot replace independent trial observation by lay audience and journalists, because the choice of materials for publication is at the courts’ discretion.

All these factors have an adverse effect on fairness of judicial proceedings as a whole and therefore may be used as weighty arguments in future fair trial complaints brought before international bodies.

Impact on the future functioning of the Russian justice system

In May, courts in some Russian regions have resumed normal operation — e.g. courts in St. Petersburg have recommenced proceedings in some non-urgent cases. Participants in the proceedings are allowed to be present in the courtroom as long as they wear masks and gloves, but the public is not admitted, and there are no publicly available broadcasts or video records of remote hearings.

However, there have been reports of some courts being closed again after reopening because their employees have infected with COVID-19. According to epidemiological projections, the COVID-19 threat will be around for a while, and the judiciary will need to adapt to the new environment to prevent further violations of the right to a fair trial.

A few steps have already been taken in this direction. On May 3, the Russian Ministry of Justice announced that it was working on a bill which would make it legally possible to participate in court sessions remotely from home or office. If this bill becomes law soon, two problems are likely to arise. First, it is unclear how long its implementation might take: the experience with integrating the video link system in judicial practice suggests that it could stretch over decades. Second, the bill does not apply to criminal proceedings: the Ministry of Justice mentions specifically that remote participation in criminal trials is already possible by means of a video link. But a video link is not identical to online videoconferencing and thus not very helpful in a pandemic. It is therefore unlikely that the judicial system will effectively adapt to the new needs in the near future or even in the medium-term perspective.

Olga Startceva works as a lawyer in HR NGO Citizens’ Watch since 2014. She is also a lecturer at the Higher School of Economics, campus in Saint-Petersburg. Her professional interests include the right to a fair trial and anti-discrimination. Olga holds a law degree from the State Khabarovsk Academy of Economics and Law and LL.M. in International Law and Law of International Organisations, specialisation Human Rights from the University of Groningen, the Netherlands.