Vigjilenca Abazi: “Whistleblowing is a Manifestation of Freedom of Expression” 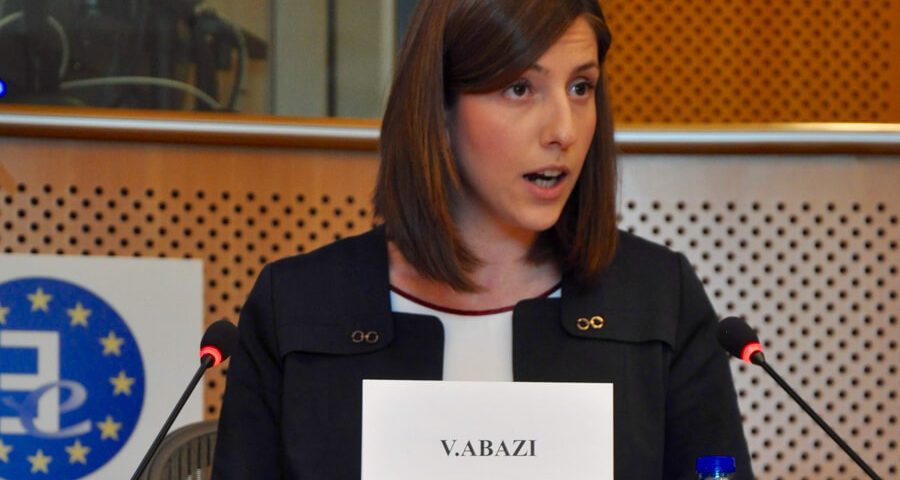 Dr. Vigjilenca Abazi is an Assistant Professor of EU Law at Maastricht University and a Research Coordinator at the Centre for European Research in Maastricht (CERiM)1https://www.maastrichtuniversity.nl/web/Institutes/CentreForEuropeanResearchInMaastrichtCERiM.htm. She is also a co-author and legal adviser of the draft directive for whistle-blower protection2Whistleblower Protection in the Public and Private Sector in the European Union. A Draft Directive https://www.Greens-Efa.Eu/Legacy/Fileadmin/Dam/Images/Transparency_Campaign/WB_Directive_Draft_For_Consultation_Launch_May_2016.Pdf across the European Union, which she presented at the European Parliament on 4 May 2016. This draft directive was initiated by the Greens/EFA group in the European Parliament. Based on international standards of best protection for whistle-blowers, the goal of the draft directive is to inspire the European Commission to use its power to propose legislation for the protection of whistle-blowers across the European Union. According to the summary3Summary of the draft directive for the protection of whistle-blowers across Europe: A Greens/EFA Transparency and Democracy initiative, https://www.greens-efa.eu/legacy/fileadmin/dam/Images/Transparency_campaign/Summary_of_the_draft_WhistleBlower_directive.pdf of this draft “where whistle-blower protection exists in the EU, provisions tend to be scattered across different laws, with some member states having regulated some level of protection in anti-corruption laws, others in public service laws, and again others in labour, criminal and sector-specific laws, thus leaving significant legal loopholes and gaps. As a consequence, whistle-blowers across the EU enjoy uneven levels of protection, or in six countries, no protection at all.”

The draft also explains that “in the absence of such protection in the EU, whistle-blowers face a lack of adequate legal safeguards from retaliation, but also from intimidation and isolation. More unified action across the European Union is necessary to ensure that workers throughout the EU benefit from the same working conditions, and have the same incentives and legal protections for exposing corruption, abuse of power and other wrongdoing.

Ksenia Semenova is a journalist, editor and public relations expert. She is currently Global Community Director of the Russian-language site The Question. She also contributes to the analytical firm Stratfor. Before that, she worked as a contributing writer for the Institute of Modern Russia. Her piece titled "A New Wave of Emigration: The Best Are Leaving" was selected as one of the institute's top 10 analyses of 2015. Until 2012, Ms. Semenova was chief editor of the New York office of Snob Magazine, covering a range of topics from sports to politics and writing a column about life in New York City