“Today it’s about clothing size, but tomorrow, it could be eye and skin colour” 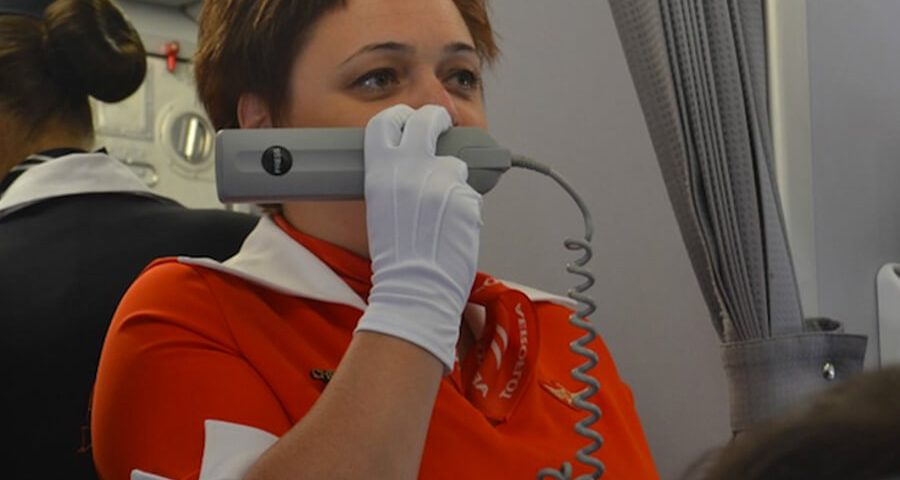 After winning a labour dispute with Aeroflot, flight attendant Evgeniya Magurina and her lawyer Ksenia Mikhailichenko of the Center for Social and Labor Rights told Legal Dialogue why it is against the law to pay employees less if they are “old, fat and ugly” and why many Russian women choose to put up with discrimination in the workplace as long as they can.

On  September 6 2017, Moscow City Court made a new ruling in the discrimination lawsuit, of flight attendants Evgeniya Magurina and Irina Yerusalimskaya against Aeroflot. The airline had denied both plaintiffs their performance bonuses for exceeding a maximum clothing size of 48 (42 in the EU). After their initial complaints were dismissed in the first instance, both flight attendants appealed to the Moscow City Court, which considered both appeals on  the same day. The court ruled that it was illegal for Aeroflot to make flight attendants’ performance bonuses conditional on their clothing size, and ordered the airline to partially satisfy Magurina and Yerusalimskaya’s claims by paying them their missing bonuses and awarding each an additional 5,000 roubles in damages.

“Russian law already contains requirements for cabin crew as part of the federal aviation regulations. We all have to undergo regular medical check-ups to assess our health-related parameters, including weight. This entire situation makes women feel inferior. Those who are young and pretty have always served business class passengers on prestigious flights and have been paid higher salaries, but recently [the employer] started taking our photos and measuring our bodies with a measuring tape, as if we were cows or something. Then those of us deemed “fat and ugly” were assigned to a separate division; [the manager] said it right to my face: your cheeks are too chubby and your breasts are too big. But I’d like to remind you that a flight attendant’s profession is not about beauty standards—it is about hard work, which is both physically and emotionally taxing. Our job is about stress resistance and first aid skills, and not about  breast size,” Evgeniya Magurina told Legal Dialogue.

During the initial hearings of Magurina and Yerusalimskaya’s lawsuits, Aeroflot representatives insisted that their requirements for employees were perfectly legal. “Stewardesses of a national carrier are a part of the country’s brand. The way they look and serve passengers can shape people’s first impressions of Russia,” reads the company’s official statement.

While the court hearings were underway, an online campaign in support of Russian flight attendants was launched. Change.org featured a petition signed by Aeroflot passengers and Russian citizens demanding a stop to the sexual discrimination; the petition collected more than 50,000 signatures. Lawyers and human rights activists discussed the case in social media. Kirill Koroteev, senior lawyer with the Memorial Human Rights Centre, criticised Aeroflot’s arguments voiced in the first-instance court in а Facebook post: “The national air carrier Aeroflot-Russian Airlines seems to believe that cabin attendants on international flights must be strictly of a certain size and not bigger—because it costs the company an additional 769 roubles a year to carry each extra kilo of weight an attendant may have. It’s as if, the lift and fuel consumption of their aircraft were different on domestic flights. Indeed, their kerosene consumption might be lower in Russia due to traces of patriotism in the home country’s atmosphere… I urge those of us who plan to fly with this company to remind Aeroflot that discrimination is ugly and has no place in this country, not just because it is ethically wrong, but also because it impoverishes us all.”

Earlier, in their response to Radio Liberty’s story “Old, Fat, Ugly,” Aeroflot explained that “such statements have nothing to do with reality” and affirmed its “categorical rejection of employee discrimination based on appearance, age, race and gender, political and religious opinion.”

The Presnensky and Tushinsky district courts in Moscow dismissed both discrimination lawsuits brought separately by Evgeniya Magurina and Irina Yerusalimskaya. The Moscow City Court overturned their rulings on appeal, but instead of acknowledging the fact of discrimination only found that the airline’s practice of categorizing their female cabin staff according to attractiveness “should not be applied.” In their complaint, the plaintiffs referred to Article 3 of the Russian Labor Code, “Prohibition of Discrimination in the Sphere of Labour.”

“A local act which contravenes the Labour Code is not enforceable, whether or not the fact of discrimination has been recognised in a separate finding. Now we are waiting for the court to publish the argument underlying its ruling. I do not think they can avoid any reference to Article 3 of the Labour Code. In any case, we see the Moscow City Court’s ruling as a victory, as now Aeroflot is obliged to abandon its discriminatory rules and practices making employee pay conditional on clothing size. Indeed, the court’s ruling per se is important, because it is about enforcement of anti-discrimination laws in practice,” says Ksenia Mikhailichenko, lawyer with the Center for Social and Labour Rights.

She explains that her center has received discrimination complaints from women of various occupations. Having children is a common ground for workplace discrimination, and pregnant women are often transferred to low-profile positions. “But very few of them ever file lawsuits, because proving discrimination in a Russian court is extremely difficult. The burden of proof rests with the plaintiff rather than the employer, undermining the employee’s case,” says Mikhailichenko.

During court hearings, Magurina and Yerusalimskaya’s lawyers referred to case law from France, Belgium, the US, and the UK and insisted that the prohibition of establishing anthropometric guidelines for flight attendants is a general rule for all carriers in developed countries. Aeroflot representatives answered by referring to regulations adopted by Asian carriers, such as Indian and Korean airlines, as lawyer Sergei Saurin explained to the Legal Dialogue. According to Aeroflot lawyers, the rulings passed by US courts thirty years ago are “outdated” and no longer relevant in today’s world. “There was a time when Delta Air Lines in the US had to deal with such disputes on a regular basis, and now they have a very good idea why imposing arbitrary restrictions on employees is unacceptable. Domestic courts in other countries have long since been hearing cases of discrimination based on physical appearance, physiological and anthropometric characteristics. Air carriers are aware of the response they are likely to face from employees and courts, and have stopped setting such requirements,” Saurin notes.

According to lawyer Marie Davtyan, Russian courts are not yet prepared to pass judgments recognising the fact of discrimination, because many judges “do not understand what is considered discrimination.” “For some reason, many people here assume by default that there is no discrimination in this country. This is why the wide publicity and discussion of the Aeroflot flight attendants’ case is so important. Because today it’s about clothing size, but  tomorrow it could be about eye and skin colour.”

A few days after she won her appeal, Magurina posted on her Facebook page that she’d received 33 reprimands and was forced to provide 45 written explanations. “Aeroflot has reacted very badly to their lost suit, and it is impossible for me to continue working for them. The court hearing was on Thursday, and then on Friday I was reprimanded and required to provide explanations concerning my posts on Facebook. This is why employees here rarely sue their employers. But I was prepared for everything. Had I not started this war a year ago, I would have continued to work on short flights only. While the court proceedings were pending, they left me alone—but only until Aeroflot lost the case. On Monday, September 11, I resigned and I am now preparing to make a start at a new job,” Magurina told Legal Dialogue.

By now, the Moscow City Court’s ruling has come into effect. Neither party has announced plans to appeal it.[:]