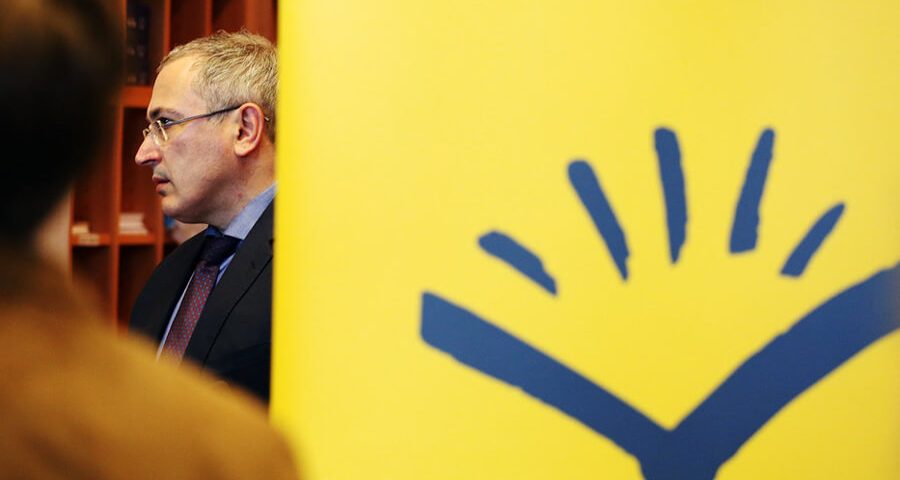 If this warning is irrelevant, please disable the syntax validation feature in the dashboard under General settings > Footnote start and end short codes > Check for balanced shortcodes.

The Russian Ministry of Justice has listed three groups associated with democracy activist Mikhail Khodorkovsky in its register of “undesirable organisations”((http://minjust.ru/ru/activity/nko/unwanted)): the UK-based Open Russia and Open Russia civic movement, and the Institute of Modern Russia think-tank, based in the US..

A civic movement and a website in Russia sharing the name Open Russia (Otrkytaya Rossia)not legally related either to each other or to the British legal entities, but they are now also facing pressure.

How Open Russia Got Banned

On the same day, the Open Russia website((https://openrussia.org/notes/708843/)) published a statement explaining that they had not been banned, since they were “an entirely Russia-based organisation and therefore cannot be declared undesirable”. A message sent out to the website subscribers stated, with reference to the Law on Public Associations((No, FZ-82 http://www.consultant.ru/document/Cons_doc_LAW_6693/)): “The Open Russia civic movement’s type of operation does not require registration with the Ministry of Justice, therefore Open Russia can carry out its activity in accordance with its Charter adopted in November 2016.”

Open Russia is not registered as a legal entity or media outlet in Russia, as Veronika Kutsyllo, editor-in-chief of openrussia.org, confirmed to Legal Dialogue.

In her interview to Meduza((“Prosecutor General’s Office deems Open Russia ‘undesirable’ organisation. What happens now?” Meduza, 04/26/2017, https://meduza.io/feature/2017/04/26/genprokuratura-priznala-otkrytuyu-rossiyu-nezhelatelnoy-organizatsiey-chto-teper-s-ney -budet)), Khodorkovsky’s spokesperson Kulle Pispanen said that the British legal entity and the Russian organisation were not related financially either. “We comply with the laws of the Russian Federation, where it is written that a network-based civic organisation cannot have bank accounts, let alone receive foreign funding in such accounts. I am not sure whether they will freeze the British organisation’s bank accounts outside Russia – or whether they are able to do so at all – but this cannot affect our activity in any way.” In her interview to RBC, Pispanen confirmed((‘Enough’ of Open Russia, RBC, 26/04/2017 http://www.rbc.ru/newspaper/2017/04/27/5900b6 a7947c5e8ac8807)) that Open Russia has legal entities only in the U.K.

Open Russia faced problems two days before the Enough/We’re sick of him protest scheduled for 29 April. Activists in Moscow, St. Petersburg and other Russian cities gathered to hand petitions to the Russian President “urging him not to run for a fourth presidential term but instead complete his political career and take no office in the new government”. Almost everywhere except Moscow, police arrested some of the protesters.

Open Russia was established as a charitable foundation sponsored by the Yukos Oil Company in 2001, but suspended its operation in 2006. The group’s bank accounts were frozen by the Basmanny Court in Moscow, and its website was no longer updated. Khodorkovsky announced Open Russia’s re-launch in 2014((http://www.golos-ameriki.ru/a/khodorkovsky-new-media/2456834.html)).

Undesirable organisations: what are they?

Under this law, a foreign or international non-governmental (i.e. for-profit or non-profit) organisation may be declared “undesirable” and its operation in Russia banned.

What does it mean? In particular, if an “undesirable” organisation continues to operate, its director may face the following sanctions:

Over the three years since its adoption, no director has faced charges under this law, as  “undesirable organisations” have discontinued their operations voluntarily.

Who is undesirable in Russia?

Since May 2015, ten organisations have been listed as “undesirable”((http://minjust.ru/ru/activity/nko/unwanted)), including the record three listings on 27 April 2017. Soon after the law was adopted, 12 organisations were nominated to the so-called “patriotic stop list”((http://www.interfax.ru/russia/452158)) (the term did not  stick with mass media).