The Right to Abortion is a Right to Social Justice 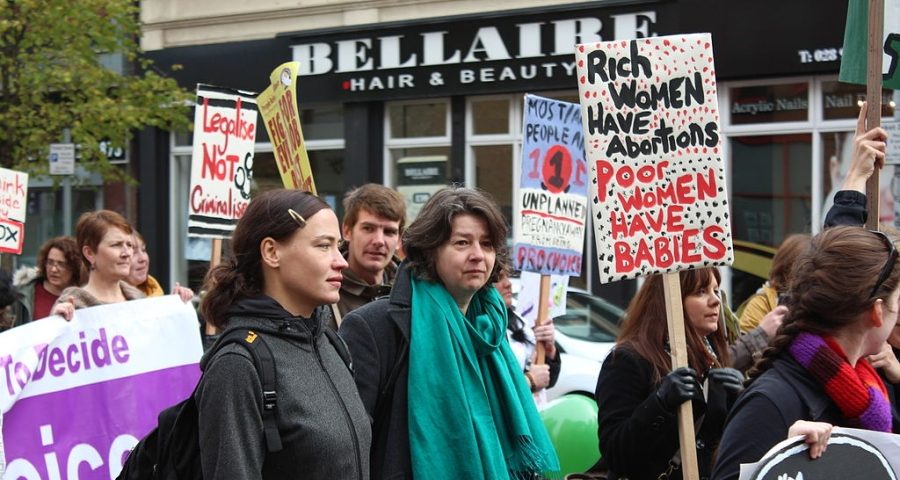 May 25 is an important day for Ireland. On that day the country will vote in a referendum whether or not to uphold the Eighth Amendment of the Irish Constitution and to legalize abortion. In a country with one of the strictest abortion laws in Europe medical abortion has already become reality: more than 5 650 women requested abortion pills from the human rights organization Women on Web between 2010 and 2015. This is in addition to the 10-12 women who travel from Ireland each day to seek abortion oversees. This data, published last year, has highlighted the need for legislative change.

Collecting data on women who request medical abortion in Ireland is only one of the campaigns carried out by Doctor Rebecca Gomperts and two of her organizations Women on Web and Women on Waves. These NGOs have seriously impacted the discussion on the legalization of abortion—and not only in Ireland.

Rebecca Gomperts is an abortion doctor and environmental activist. With her first human rights organization Women on Waves, she sailed international waters on a Dutch ship, providing sexual health services, including abortion pills, to women in the countries where abortion is illegal since 1999.

A Dutch organization, Women on Waves had a long legal battle with the Dutch health minister in order to be able to perform first trimester abortions in their mobile treatment room which they won in 2008. They also faced prosecutions in other countries as many of their campaigns are done under different jurisdictions.

“We are using loopholes of different jurisdictions and interpreting the law, because what we are doing has been never done before,” says Rebecca Gomperts. “Of course governments are trying to prosecute us, we have several court cases, prosecutions or legal investigations but so far we won the court cases or the investigations were dropped.”

In 2004 the Women on Waves ship sailed to Portugal. The Portuguese government sent warships to prevent the ship from entering their waters, which was later found to constitute a violation of the freedom of expression by the European Court of Human Rights. Three years later, in 2007, Portugal legalized abortion.

Apart from its ship, Women on Waves uses drones to transport pills. They have also opened safe abortion hotlines in different countries, including Poland, and trained local experts in countries where safe abortion is not available. With the other organization—Women on Web—they are able to send early abortion pills to support women in countries all over the world.

“We know from research that when women don’t have access to safe abortion, they will take matters into their own hands and sometimes resorting to very dangerous methods to end their pregnancies,” says Rebecca.  According to Women on Web, there are 21 million women who perform an abortion in countries where it is illegal, and, as a result, about 48,000 women die every year.

Ireland has one of the strictest abortion laws in the European Union on par with Poland and Malta. According to the Eighth Amendment of the Irish Constitution, which was adopted in 1983 with 66.9% votes in a referendum, the mother and the unborn have the equal right to life. This makes performing abortion in Ireland illegal unless the life of women is under threat, including the risk of suicide, but only when proven by doctors. The access to abortion is such cases is guaranteed by the Protection of Life During Pregnancy Act 2013, that was put in place after the controversial case of Savita Halappanavar, who died through complications during a miscarriage.

The Women on Waves ship came to Ireland in 2001 at the invitation of the Dublin Abortion Rights Group and Cork Women’s Right to Choose group, and the NGO soon found that its services were in high demand: rape victims, schoolgirls, and political refugees were among those who either went to the ship or contacted the organization via hotline to get counseling and information.

Before the data of Women of Web’s research came out in 2017, the popular argument was that women were travelling to England to have an abortion, as the right to travel for abortion purposes is in fact protected by the Thirteenth Amendment to the Constitution. Many Irish women however prefer to take illegally smuggled pills.

“When the data were published and the researcher testified in parliament, we saw a change in the opinions of the politicians. They are now using as an argument the fact that women in Ireland are actually doing abortions. It is reality in Ireland that abortion is happening,” says Rebecca.

Ireland has already seen two abortion referendums—in 1992 and 2002. In 1992, three amendments were at stake: the right to travel for an abortion and the right to obtain information about abortion services abroad were approved, while the one eliminating the risk of suicide as a legitimate reason for legal abortion was rejected. The same amendment was rejected in the referendum of 2002 with a slight outvote of those who were against the tightening of an already draconian ban on abortion.

In May the Irish will vote again: this time for or against the Thirty-Sixth Amendment of the Constitution Bill that states: “Provision may be made by law for the regulation of termination of pregnancy.” The Bill has passed both houses of Irish parliament (Oireachtas) in March 2018, and it is now up to the Irish people to decide.

If approved, the new law would permit abortions in Irish hospitals for women up to 12 weeks of pregnancy.

Rebecca Gomperts is very optimistic about the outcome of the referendum in Ireland. However, there are other European countries where worrying developments are underway. Last month, the Polish government proposed the legislation  banning abortions in cases when a foetus has congenital disorders, including Down’s syndrome. This has caused a new wave of street protests in big Polish cities.

“I am not very hopeful for Poland,” says Rebecca. “It is not just abortion rights: this government is actually undermining the rule of law.” To her, abortion is not a separate issue, but a part of a larger political development. “What we see is that where democracy is being undermined women rights are the first ones to go.”

Their work as an NGO depends largely on a democratic process in the country. “Through Women on Web we can provide abortion pills anywhere by post. But that is only a short term solution. In the long term our goal is to legalize abortion,” says Rebecca.

Illegal abortion most affects unprivileged women with poor access to information, because rich women, wherever they live, can travel to another country and get an abortion there.

“Ultimately, it is all about social justice,” says Rebecca. “This is not a question of ‘legal’ and ‘illegal’ abortion, but rather if women poor or not.” 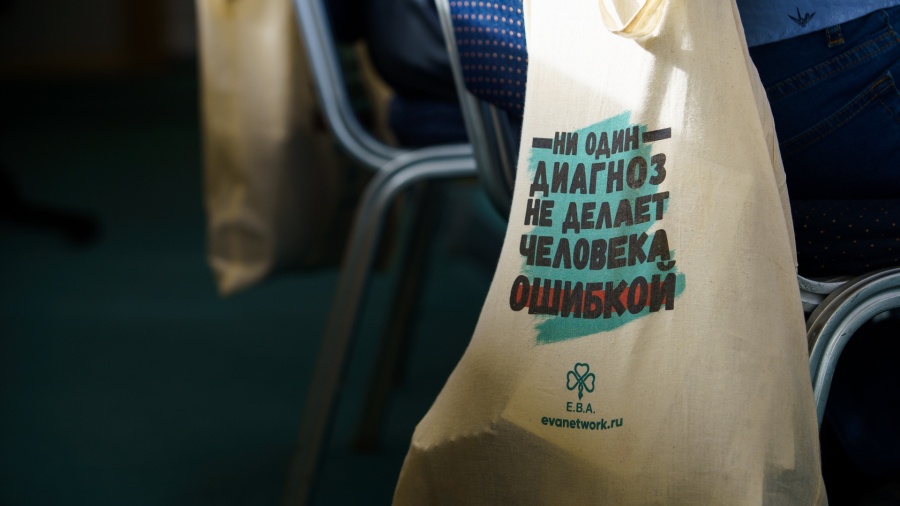 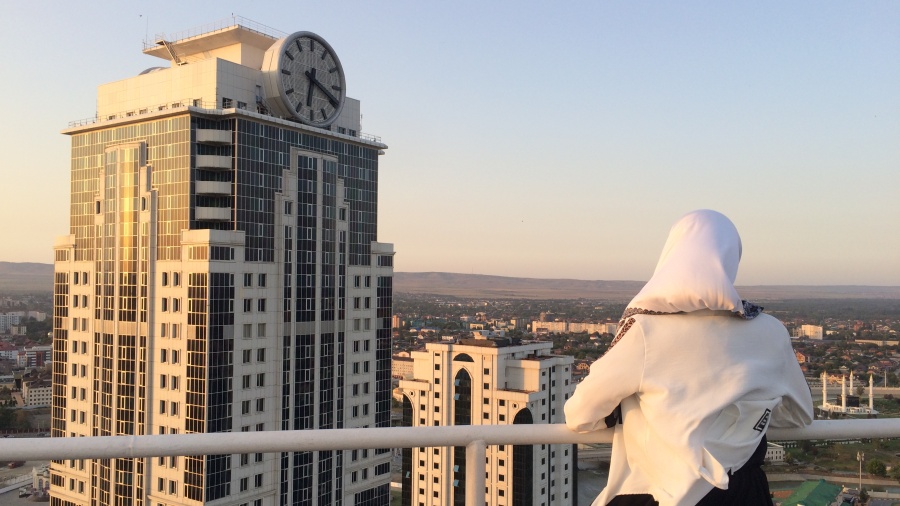 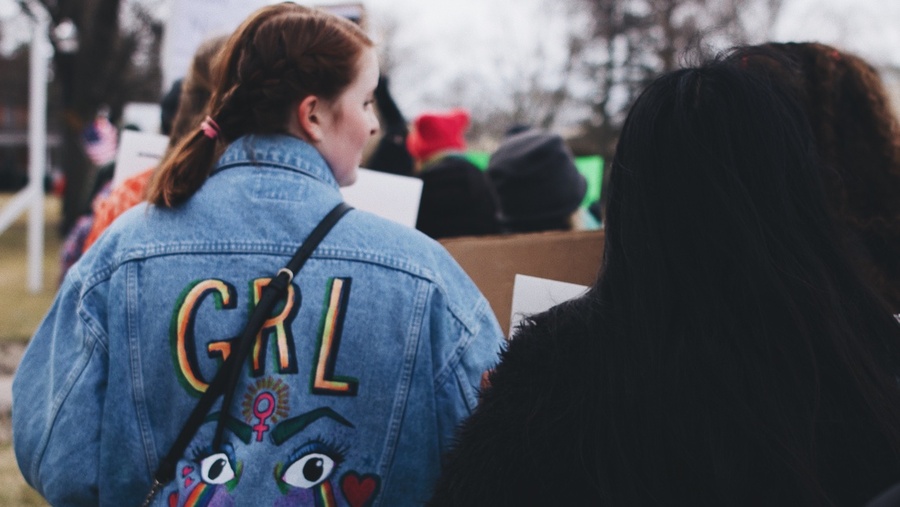