The Future of Human Rights and the Council of Europe: The Need for a Reset 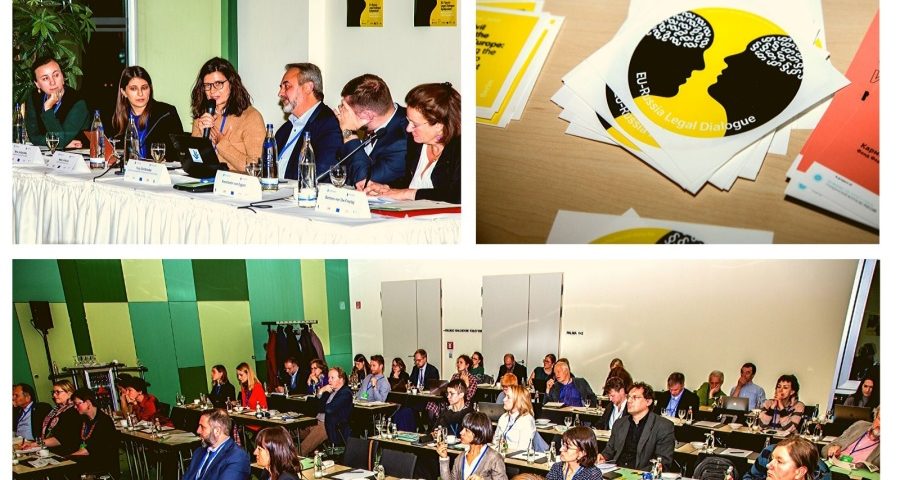 The EU-Russia Legal Dialogue symposium was held in Berlin on October 31–November 2, 2019. Its theme was “The Role of Civil Society in the Council of Europe: Strengthening Mechanisms to Address Current Challenges in Human Rights and the Rule of Law.” Lawyers and representatives of NGOs discussed how to interact with the Council of Europe in the current political conjuncture.

“The Council of Europe is a restless old lady. Can she get younger? Perhaps we are witnessing the gradual decline of an organization that is quite satisfied with itself.” This ironic remark, made by one of the symposium participants, nicely captured the mood among the lawyers and human rights activists who gathered in Berlin.

Most of the attendees avoided the word “decline,” however. The word “crisis” was used more often, and there were good reasons for this.

There are several serious causes of the crisis that has afflicted the Council of Europe in recent years, and it has become impossible to ignore its critical condition. It has led many organizations and individual activists to seriously question the Council of Europe’s ability to react to rule-breaking by some member countries. Azerbaijan, Russia, and Turkey have been the biggest rule-breakers, but other countries have had similar problems with upholding human rights and the rule of law.

Of course, the exclusion of Russia from the Parliamentary Assembly of the Council of Europe (PACE), in 2014, and restoration of its membership, in 2019, were the most prominent of the political upheavals that have impacted the Council of Europe’s work in recent years. It is a factor that European and, especially, Russian civil society organizations have been unable to ignore. Russia’s full-fledged return to the PACE has engendered different, sometimes diametrically opposed assessments, but the event and its consequences cannot be dismissed.

Opening the symposium, Anna Sevortian, executive director of the EU-Russia Civil Society Forum, said, “When we conceived this conference, we didn’t know whether Russia would remain in the Council of Europe. A conversation about strengthening the mechanisms for protecting human rights would be timely whatever the outcome.”

There are different takes on Russia’s return to the PACE. Some, like Thomas Hammarberg, former Council of Europe commissioner for human rights and a current Swedish member of the PACE, see it as a new opportunity to exert effective pressure on the Russian authorities, among other things. On the contrary, Stefan Melle (DRA, Berlin) believes that the decision has contributed to the destruction of the Council’s system of checks and balances, sending the Kremlin a signal that anything goes. He pointed out that Russia had suffered no consequences for its occupation of parts of Ukraine. This turn of events, however, was alarming not only because it was a poor political decision, but also because it would affect the state of human rights. Both of these stances were voiced by other people at the symposium.

Besides the Council of Europe’s extraordinarily acute Russia problem, people at the symposium discussed the organization’s other particularly visible shortcomings, including institutional fatigue, as raised by Başak Çali (Center for Fundamental Rights, Hertie School). She mentioned other signs of fatigue, including the fact that leaders of European institutions speak a language not understood beyond Strasbourg, and the Council lacks the legal tools to combat human rights violations.

The questions suggest that Russian NGOs and their European partners have not become fixated on a political solution to the problem of Russia’s membership of the PACE. Russia is less the problem than is the future of common European institutions. This approach has less to do with the immediate political agenda, but it entails more pragmatism.

A detailed and sometimes emotional discussion of the issues listed above took up the greater part of the symposium. Its proceedings were as specific and structured as possible, thanks in part to a draft policy paper, “Strengthening the Council of Europe’s Mechanisms and Tools for Responding to Violations by Member States,” presented at the symposium by its authors, Konstantin Baranov (International Human Rights Movement, Rostov-on-Don) and Yuri Dzhibladze (Center for the Development of Democracy and Human Rights, Moscow; coordinator, EU-Russia Civil Society Forum Advocacy Task Force).

The draft policy paper contains a brief analysis of the situation in the Council of Europe in recent years and a detailed set of proposals, including ones that have general political relevance (“facilitating civil society’s meaningful involvement in the Council of Europe’s institutions”) and very specific proposals concerning the everyday realities faced by grassroots organizations (“developing a systematic, holistic approach to monitoring ‘grey zones,’”; “strengthening measures to ensure transparency, accountability, and the observance of professional ethics by the Council of Europe’s institutions to prevent corruption, conflicts of interest, and unethical behavior”). 1 Editor’s note: such “grey zones” include Transnistria, Crimea or Eastern Ukraine.

Each of the ten proposals was intensively discussed at the plenary sessions, as well as at a round table entitled “Reforming the Council of Europe and Its Institutional Development: Scenarios for Effective Functioning.” The biggest controversies erupted around the issues of the representativeness of civil society organizations in the Council of Europe, the work of human rights defenders and observers in so-called grey zones, and Russia’s involvement in the PACE. Naturally, not all questions can be answered. For example, what to do about the fact that Leonid Slutsky, one of Russia’s delegates to the PACE, has been publicly accused of sexual harassment (charges that he has not refuted)?

“It’s important that citizens in Russia can appeal to the European Court of Human Rights, which has managed to keep up its work quite well and in high quality. Current discussions in Strasbourg are about how we can secure court rulings to be taken more seriously by the governments. The final decision should not be on a political body. We need to secure that non-implementation of a previous decision is another violation that should go to the court again. Not only human rights violations but also other violations of the Statute of the Council of Europe related to democracy should be addressed in the court.”

The symposium’s other round table was entitled “The European Convention on Human Rights: Improving Its Application in Countries with Poor Rule of Law.” Its participants said that the failure of a number of countries to comply with the convention and rulings by the European Court of Human Rights (EHCR) was a glaring problem. The court has been working better in recent years, and civil society institutions in different countries have increased their competence in dealing with human rights violations, but problems have remained, especially with enforcement of the court’s judgements. In Russia, for example, eighty-seven percent of the EHCR’s rulings in landmark cases have not been enforced.2Blog of the European Journal of International Law https://www.ejiltalk.org/the-implementation-of-judgments-of-the-european-court-of-human-rights-worse-than-you-think-part-2-the-hole-in-the-roof/

It is vital that enforcement of the court’s decisions carries weight in the domestic political arena: media outlets, activists, and politicians can and should draw people’s attention to the problem and pressure decision-makers. Grassroots organizations and activists can prevent the authorities from dismissing cases prematurely even in countries that have poor enforcement records. Civil society must be a driving force in publicizing the state of affairs in enforcing the court’s decisions. At the same time, the Council of Europe should be more open and honest about its lack of efficacy in cases were the court’s rulings are not enforced and take a tougher stance than it has taken until now. In addition, all instances of non-compliance should have consequences for the responsible parties.

The participants decided to establish an informal network for exchanging information about the non-enforcement of court decisions, especially in cases that were dismissed prematurely.

Legal Dialogue’s 2019 symposium and conference were thus similar to previous gatherings: what mattered was asking the most pressing questions as precisely as possible, if not answering them. These questions must be posed as early as possible in order to find a way out of the crisis that involves the voices and interests of international civil society. In this sense, the discussion in Berlin brought together not only highly qualified specialists but also a very representative community that featured experts from Germany, Georgia, Holland, Russia, Turkey, and Ukraine, and several international organizations, including the Council of Europe.

The symposium ended with the adoption of at least one important decision: establishing a coalition of civic organizations that would attempt to reform relations between the NGO sector and the Council of Europe. The coalition’s format and scale are still up for discussion, but the work the coalition has cut out for it is obvious, as too is the EU-Russia Civil Society Forum’s willingness to help with coordination. Baranov and Dzhibladze’s intensely discussed draft program could be the basis of this work going forward. The document will be edited and supplemented to take into account all the comments and criticisms made at the symposium. It thus has the prospect of becoming a common platform in the new stage of interaction between civil society and the Council of Europe — a new stage so necessary to both sides.

Journalist and playwriter. Mikhail worked for the Open Society Institute, IREX, “Russian Reporter”, “Snob”, “Big City”, Open Democracy Russia. He is the author of many documentary productions staged in Russia and in Europe and one of the founders of the “memories drama” theatrical style as well as the founder and (until 2014) curator of the theater program of the Sakharov Centre.