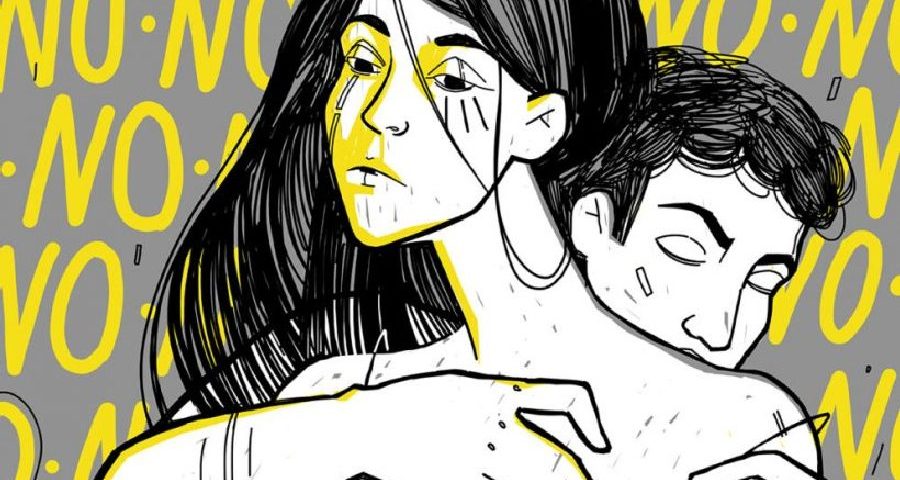 The article is published in partnership with Glasnaya.

From an ethical, legal and social standpoint, sexual consent is a complex concept. It has no single definition, and taboos around talking about sex can make it difficult to discuss. Nevertheless, every year more and more countries are recognising sex without consent as rape. This approach is enshrined in the Council of Europe Convention on Preventing and Combating Violence against Women and Domestic Violence (often referred to as the Istanbul Convention), which entered into force seven years ago. Here, we look at the role of consent in the legislation of European countries and in Russia.

Amnesty International gives two definitions for rape: sex without consent (the consent-based definition) and sex with the use of force, coercion, the threat of force or in circumstances where the victim is unable to defend themselves (the force-based definition). In 2020, just 12 of 31 European states whose national legislation was analysed by the organisation defined rape as sex without consent. These were Belgium, the UK, Germany, Greece, Denmark, Ireland, Iceland, Cyprus, Luxembourg, Malta, Croatia and Sweden. GREVIO, the expert body responsible for monitoring the implementation of the Istanbul Convention by ratifying countries, also includes Austria, Portugal and Montenegro in this list. In 2021, rape was also defined as sex without consent in Spain.

All the countries that define rape as sex without consent have signed the Istanbul Convention. It has been signed by more than 40 countries in total, though only ratified by 34 of these. Russia and Azerbaijan are the last two post-Soviet countries in the Council of Europe yet to sign the convention. Ukraine has signed the convention, but has not ratified it due to disagreement over its use of the concepts of ‘gender’ and ‘gender identity’. However, Ukraine has borrowed key mechanisms from the document for its national legislation and has also recently defined rape as sex without consent, rather than sex under coercion.

Under the Istanbul Convention, consent must be given voluntarily, as a result of the person’s free will, assessed in the context of the surrounding circumstances. The document does not give a specific definition: countries ratifying the convention can choose the specific wording of the legislation and the factors that they consider to preclude freely given consent. As Anna Rivina, Special Counsel on Gender-Sensitive Issues at the Pen & Paper Bar Association, explains, the Council of Europe allows states to draw up legislation in their own way, taking into account the country’s culture, customs and religious diversity, provided this does not contradict the overall, basic structure prescribed in the Convention.

Within the academic community, there is no generally accepted understanding of what consent is. Some researchers refer to a sort of ‘general notion’, without specifying exactly what this is. The study of the concept itself is relatively new: in 2007, the term ‘sexual consent’ was found between one and two hundred times less frequently than the terms ‘rape’ and ‘sexual assault’ in works on psychology, sociology and women’s issues. It is an extremely difficult concept to study in practical terms: people are reluctant to share details of their sexual experiences with strangers, and even in everyday conversations with friends and partners many find these types of conversation awkward or off limits. As a result, progressive ideas about consent are slow to spread. For example, a recent study of British teenagers found that their attitudes towards sexual consent, including in the context of sexting, relied more on gender stereotypes than on contemporary understanding of the subject.

Even when two countries both define rape as sex without consent, they may understand the term ‘consent’ itself differently. As a result, sex that is criminally punishable as rape in one country may not be in another. There are two main models of sexual consent in jurisprudence, both of which emerged towards the end of the twentieth century. Germany, for example, has adhered to the ‘no model’, or ‘no means no’ model, since 2016, according to which the partner must communicate their disagreement verbally (in words) or physically, for example by resisting. Otherwise, the partner gives their consent by default. In other words, responsibility for the unwanted sexual act lies with the victim.

In the first year following the legislative change, the number of convictions in cases that would not have been classed as rape prior to the change increased significantly. The number of prosecutions in these investigations also increased, though to a lesser extent. Typically, these were cases where the victim was unable to express their disagreement for physical or psychological reasons. Amnesty International and GREVIO are urging all countries to adopt the ‘yes model’.

However, neither of these models are perfect. They do not take into account people’s psychological and physical response to traumatic events. Victims are not always capable of resisting violence. One possible reaction to rape is the sensation that the victim is an external observer of the situation. This is called peritraumatic dissociation and is caused by an overload of the nervous system. The victim may become numb and lose control of their own body, or choose not to physically resist for fear of worsening the situation. Another problem is that someone initiating sex may misinterpret the behaviour of another person, for example eye contact, touch, physical distance, alcohol consumption or their style of dress. It is impossible to rely on body language, as often the same body language could imply either consent or the absence thereof. The ‘yes model’ recognises this issue but does not fully resolve it. The ‘no model’, according to which men have consent for penetrative sex by default, unless a woman explicitly says ‘no’, ignores the problem entirely.

There are alternative models of consent, such as the ‘negotiation model’ proposed by the American legal scholar Michelle Anderson. This involves an active discussion of intentions, boundaries and desires before sex or sexual contact, with the equal involvement of both partners regardless of their gender and sexual orientation. However, critics of this model believe that it could lead any person who does not initiate a negotiation prior to sex to be deemed a rapist.

How does consent work in Russia?

The concept of consent as discussed here is not used in Russian legislation. The concept of an ‘age of sexual consent’ exists in Russian criminal law, set at 16, but this regulates the right to sex in terms of the body’s biological readiness, rather than in ethical terms. When investigating cases of rape, Russian law enforcement agencies define consent in terms of sex with coercion. “If she didn’t shout, struggle, try to hit out or fight back, the police call it ‘fake rape’ and don’t believe any crime has been committed. Consent is not seen as something that needs to be expressed; it is simply the absence of overt violence,” explains Anna Rivina.

Russian legislation does have mechanisms that could be used to protect victims of so-called ‘fake rape’ and to punish the perpetrators, but there is practically no call for this within Russian law enforcement, says Anna Rivina. “Article 131 on rape can be understood in different ways – the offence is not clearly defined – but none of the possible interpretations give any weight to whether a woman has said ‘no’.

For example, if they wished, law enforcement, the prosecutor’s office and the investigative committee could consider in detail what constitutes a ‘state of helplessness’. In fact, explanations about this have already been issued by the plenary session of the Supreme Court. In practice, however, you need to prove that there was violence, the threat thereof or a state of helplessness, and without the involvement of a conscientious investigating officer, the burden of proof will fall on the shoulders of the victim, who, in addition, will be treated with scepticism throughout the process and repeatedly asked unpleasant questions. In reality, it’s really more of a declarative guideline,” she explains.

According to Rivina, when women go to the police, they encounter a ‘patriarchal wall’ based on stereotypes about female behaviour (“it’s her fault she went the wrong way”, “she wasn’t properly dressed”, “she wanted it”, etc.). About 85% of victims of assault do not risk contacting the police, as they don’t think it will achieve anything or they are afraid for their physical and psychological safety, she says. To demonstrate the legitimacy of these fears, she cites the story of a girl who went to the police to give a statement but kept it secret from her family: the next day, a police officer took it upon himself to go and see her parents “to tell her dad that his daughter was a fallen woman and that she had supposedly been raped”. Actions like this clearly have no place within a police investigation.

In Western countries, reform of legislation related to sexual safety has often been driven by the work of community activists and by research within the academic community. In Sweden, for example, activists from the social movement FATTA (‘Get It’) lobbied for changes to national legislation for five years after the acquittal in 2013 of three young men who raped a 15-year-old girl with a wine bottle, causing her bodily harm. At the time, the judge stated that during sex people do things naturally to each other’s body in a spontaneous way, and that it is normal not to ask for consent for this.

Another example is the American College of Antioch in Ohio, which in 1990 was the first among American higher education institutions to develop and adopt a document called a ‘consent policy’. This policy outlawed sexual intercourse on campus without the explicit consent of a partner. The college administration was forced to adopt the policy after two rape cases took place in a single year, but American society was so unprepared for it that when the policy began to gain mainstream media attention three years later, it was ridiculed.

Students at many colleges, including Harvard, Yale and Michigan, are required to obtain affirmative consent before initiating sex with another student. And in California a law has been in force since 2014 requiring all higher education institutions in the state to adopt this policy.

However, these are countries where there is genuine separation of powers and free public debate. There is little chance of these practices working under authoritarian regimes, so the situation in Russia will inevitably be different, says Anna Rivina. Even if Russia adopts a law on domestic violence, it certainly won’t contain the terms ‘gender’ or ‘gender identity’ and it will not be based on existing conventions, since Russia is not currently predisposed to adopting international norms.

The article was prepared in partnership with “Glasnaya”.