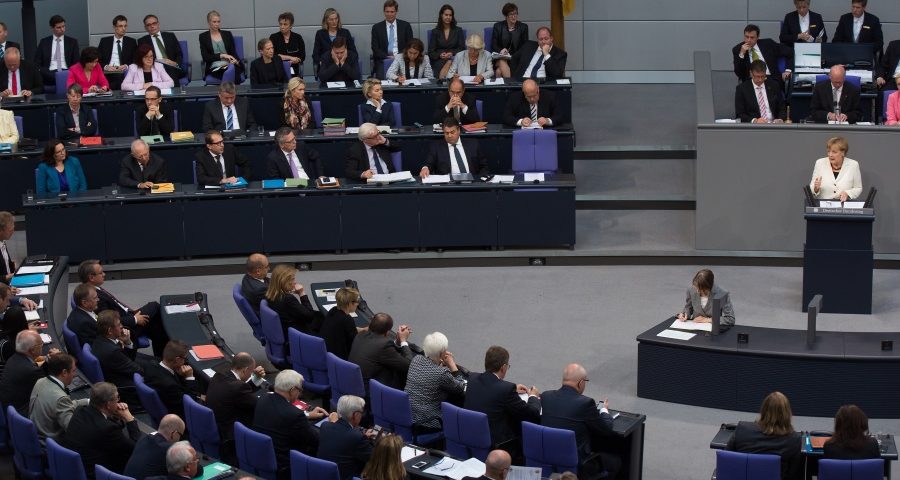 The new law reformulates and expands articles 177 and 178 of the German Criminal Code, strikes out article 179 (now partially covered by article 178), and adds  items (i) “sexual harassment” and (j) “group assault” to article 184. introducing a new definition of rape. Rape is no longer defined as a sexual act involving violence, threats or the victim’s helpless condition, but is defined as a sexual act committed against the victim’s unambiguous will.

In addition to  existing legal terms, such as “coercion” (Nötigung) and “indecent assault” (sexueller Missbrauch), the offence termed “sexual harassment” (sexuelle Belästigung), punishable by a fine or up to two years in prison, has been added to the German Criminal Code. Yet another new provision enables the prosecution of entire groups in the event of group sexual assaults.

The need to rethink the country’s legal definition of rape had been discussed by German lawyers, women’s organisations and politicians for years, but the legislation was  passed only this year, largely under media pressure.

The issue was brought to the fore  by the incidents in Cologne on New Year’s Eve 20152Zeitmagazin Nr. 27/2016 28. Juni 2016, Was geschah wirklich?  Mohamed Amjahid, Christian Fuchs, Vanessa Guinan-Bank, Anne Kunze, Stefan Lebert, Sebastian Mondial, Daniel Müller, Yassin Musharbash, Martin Nejezchleba, Samuel Rieth.  http://www.zeit.de/zeit-magazin/2016/27/silvesternacht-koeln-fluechtlingsdebatte-aufklaerung, when dozens of women were sexually assaulted and many of them  robbed. As for the legal consequences3Spiegel Online, 07.10.2016. 1200 Anzeigen, 19 Urteile http://www.spiegel.de/panorama/justiz/koeln-erst-ein-schuldspruch-nach-uebergriffen-an-silvester-a-1115678.html, of some 1,200 reports filed, just 19 resulted in criminal prosecutions  with 22 offenders  convicted, but only two for sexual assault and the rest for theft. Almost immediately after the Cologne attacks, police said that despite abundant video evidence, it was virtually impossible to prove specific assault cases in court and bring the offenders to justice4Spiegel Online, 06.01.2016. Polizeigewerkschaft sieht geringe Chancen für Verurteilungen, http://www.spiegel.de/panorama/justiz/koeln-polizeigewerkschaft-befuerchtet-keine-verurteilungen-nach-uebergriffen-a-1070661.html. Eventually, the challenges of both evidence collection and offender identification were  used to explain the limited number of convictions.

According to Dr. Ricarda Drüeke5Comments given to the Legal Dialogue., Associate Professor at the University of Salzburg Department of Communication Studies, the problem with media coverage of the assaults in Cologne  lay in portraying the incidents as something alien and imported to Germany from the outside. “A review of video reports aired by ARD and ZDF in January 2016 reveals that at least in the beginning, they were too vague and did not give a clear idea of what was really going on. The footage did not document the incidents, but the voice-over narration linked the themes of sexual violence and refugee crisis.” Sexual violence and sexism were regarded as external problems somewhat new to Germany, and the incident was mentioned to emphasise the need to tighten immigration laws. Opponents of such a narrow interpretation of violence against women referred to sexual assault cases reported during Oktoberfest6FAZ.net, 08.01.2016. Rainer Meyer. Lügenzahl vom Oktoberfest http://www.faz.net/aktuell/feuilleton/debatten/die-uebergriffe-in-koeln-und-falsche-zahlen-von-der-wiesn-14004617.html. Nevertheless, the Cologne assaults triggered a public discussion of the issue, which eventually led to the tightening of legislation based on the tenet “no means no”.

Opponents of the new law consider the changes excessive. In a detailed column7Zum letzten Mal: Nein heißt Nein. Eine Kolumne von Thomas Fischer http://www.zeit.de/gesellschaft/zeitgeschehen/2016-06/rechtspolitik-sexualstrafrecht-nein-heisst-nein-fischer-im-recht, Dr. Thomas Fischer, judge at the Federal Court in Karlsruhe, criticises the new provisions as too vague and non-enforceable. He describes”’no means no”  as a catchy media slogan having little to do with real life. “Since ‘Grabschen’ (groping) means committing abusive sexual acts in a surprise situation, the ‘no means no’ dogma has no practical meaning, as no-one had ever assumed that someone riding the subway, climbing stairs or standing at a copier machine would in principle consent to being touched in a sexual manner,” he said. “And of course, no-one had assumed that only after the passenger said ‘no’, the groper would momentarily realise that they were acting against the victim’s will.” According to Fischer, the main problem with harassment by strangers has been to establish the attacker’s identity and document the attack, but the new wording of the law does little to help, as what used to be qualified as coercion will now also be described by the term ”groping”  (Grabschen). Similarly, in cases of abusive acts by a partner or acquaintance, the biggest challenge is to prove it in the absence of witnesses.

Fischer further argues that victims do not normally report one-off episodes. “In case of repetitions, today we have provisions in the labour and civil legislation to protect victims, detect and prevent such incidents, and these provisions are far more effective and deterrent than a court-imposed penalty worth a half-month salary.  Under the ultima ratio principle, criminal law is only to be used if other legal means fail.”

According to Renate Jachmann-Willmer, Chair of the Federal Social Service for Catholic Women8Domradio.de, 29.04.2016. «Selbstbestimmung komplett schutzen». http://www.domradio.de/themen/kirche-und-politik/2016-04-29/katholischer-frauenverband-zur-debatte-ueber-verschaerftes-sexualstrafrecht, the key benefit of the new legislation is a paradigm shift, since the victim no longer has to prove whether she has defended herself sufficiently (while Fischer argues that the law had previously worked in cases where there was no resistance and that supporters of the new law have relied in their arguments on a few known judicial errors). But most importantly, according to Jachmann-Willmer, the new law could contribute to prevention, “I would not expect more reporting of criminal offences. Because we all know: it is very unpleasant for a woman to talk about intimate details and degrading situations in criminal proceedings. It is above all a signal to our society. Everyone in Germany – and I find it particularly important at the moment – will know that if I go against the physical integrity of a woman or a man, I can be punished.”

The Bundesrat, upper house of the German Parliament, approved the new law on 23 September. It will be effective once signed off by the Chancellor, Minister of Justice and President – required formalities which have not yet taken place as of this writing. Since no jurisprudence under the new law has emerged so far, any debates as to how effective it may be are merely theoretical. However, there is one thing where both its opponents and supporters agree: legislation alone is not enough to combat the sexual abuse – even more important is challenging a culture of violence and sexism.