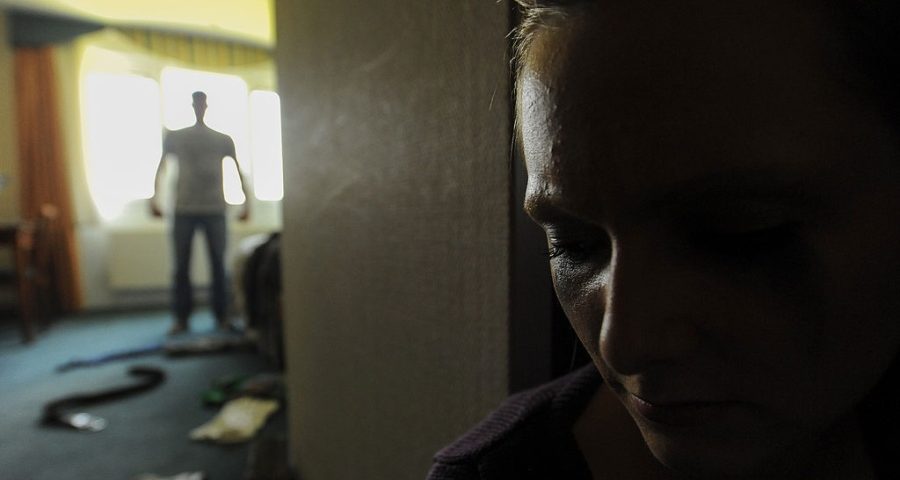 In a sudden U-turn, Russian lawmakers are eager to pass the bill abolishing last year’s amendments to the Criminal Code that made simple battery towards “close family” a separate criminal offence. The bill1Bill No.26265-7 “On amending Article 116 of the Criminal Code of Russian Federation in the part regarding criminal liability for simple battery”)” http://asozd.duma.gov.ru/main.nsf/(Spravka)?OpenAgent&RN=26265-7 downgrading simple battery against family members from a criminal offence to an administrative one passed its first reading on 11 January. It drastically reduces the punishment for familial battery: instead of a two-year jail term outlined in the current law, under the new legislation perpetrators would face a 30,000-ruble fine (472 Euro), 15-day arrest, or correctional labour.

The initiative comes seven months after the State Duma passed another set of amendments  adding the “close family” social group to the Criminal Code and making battery towards that group a criminal offence2See Alisa Ivanitskaya, “Domestic Violence Law: ‘Connected Persons’ Concept Added to Russia’s Criminal Code”, in Legal Dialogue №1, https://legal-dialogue.org/domestic-violence-law-connected-persons-concept-added-russias-criminal-code. Both – mutually exclusive – initiatives were drafted and lobbied by Russia’s ruling United Russia party, notorious for acting in line with the Kremlin and implementing its orders. The sudden U-turn on the issue left many questioning lawmakers’ motives and the Kremlin’s attitude towards domestic violence in general.

“The fact that in the past half a year such different decisions have been made means something is wrong there,” Tamara Pletnyova, head of the Duma’s committee on family, women, and children and a member of the Communist party, which refused to vote for the bill on 11 January, told Legal Dialogue. “As early as last summer it was decided that one can’t raise a hand on a relative. And now what: it means they can?”

The Communist party was the only one that didn’t support the bill on 11 January and didn’t vote at all.

Last year’s law making battery towards family members a criminal  offence was the State Duma’s reaction to the Supreme Court initiative 3Bill No.953398-6 “On amending particular legislative acts of Russian Federation due to passing the federal law ‘On amending the Criminal Code of Russian Federation and the Criminal Procedure Code of Russian Federation in regard to improving the protocol of vacation criminal convictions’” http://asozd2.duma.gov.ru/main.nsf/(Spravka)?OpenAgent&RN=953398-6 of decriminalising several articles of the Criminal Code, and lowering the number of people with criminal records, as well as reducing the workload of criminal courts. Article 116 – simple battery, not resulting in bodily harm – was among them.

Despite Russian President Vladimir Putin’s direct encouragement of politicians to support the Supreme Court’s bill, United Russia deputies decided to keep several provisions of the Article in the criminal jurisdiction: hooliganism-related battery, hate assault, and battery against “close family” (immediate relatives, spouses and partners), a social group  not previously designated in criminal legislation. These provisions passed three readings in the State Duma with flying colours and in June 2016 were signed into law by the President.

Almost immediately they were deemed “anti-familial” by Russia’s  ultraconservative lawmaker Yelena Mizulina, best known for successfully lobbying the law banning propaganda of  so-called “non-traditional sexual relationships” in 2013. With support from the Russian Orthodox Church 4Russian Orthodox Church’s statement on criminalization of battery towards family members, published on the ROC’s official website on 04.06.2016 http://www.patriarchia.ru/db/text/4553320.html and traditionalist parents’ organisations, Mizulina drafted a bill decriminalising battery within families. “You don’t want people to be imprisoned for two years and  labelled a criminal for the rest of their lives for a slap,” she said then5If He Beats You, It Means He Loves You,” Daria Litvinova, The Moscow Times, 05.08.2016 https://themoscowtimes.com/articles/if-he-beats-you-it-means-he-loves-you-54866, citing Russian “parenting traditions” that have always involved corporal punishment.

Her attempt to push it through the Duma in July failed, but several months later another, similar bill was introduced by Mizulina’s sister-in-arms, United Russia deputy Olga Batalina. Batalina’s initiative was much more successful, and right after New Year holidays passed its first reading.

Interestingly, Batalina voted for criminalisation  of domestic violence in June 2016 6Online protocol of the vote on the bill criminalizing battery towards family members (third reading), 21.06.2016: http://vote.duma.gov.ru/vote/95613. Up to the time of this article going to press, she has been unavailable for comments.

“What happened to them, what made them change their minds? Vladimir Putin happened and his statement at the press conference,” a Alyona Popova, women’s rights activist who has spent the past week picketing the State Duma and trying to talk the lawmakers into not  decriminalising domestic violence, told Legal Dialogue.

“He was asked about corporal punishment, and his answer was ambiguous. On one hand, he said that beating children is wrong and can’t be rationalised by being a Russian tradition. But then he was asked again about the law that sends parents to jail for slapping their kids, he said that it was probably too much, and such a law needed  to be revised. After that, career politicians that they are, deputies rushed to revise it.”

Whatever the reasons for the U-turn, nothing good can come out of it, human rights advocates say. “It’s a very dangerous trend,” Anna Rivina, a lawyer and a co-founder of the No To Violence project, told Legal Dialogue. “They are essentially defending parents’ right to beat their children.”

Concerns that the existing law can send parents to jail for a slap are exaggerated, Rivina added: “Whenever minors are involved, lots of government bodies participate in making the decision, and it takes time to make one, so no one has ever gone to jail for a slap.”

What the current legislation did, however, was empower the police to launch criminal inquiries against perpetrators, investigate them, and press charges. “If domestic battery gets downgraded to an administrative offence, it will again be subject to prosecution only upon request of the aggrieved party,” Rivina explains.

“It means that the police will not be allowed to open criminal cases. Instead, victims would have to file lawsuits, collect evidence, produce witnesses to courts and make their case in front of a judge entirely on their own. It is a full-time job that requires lots of specific knowledge and skills.”[:]