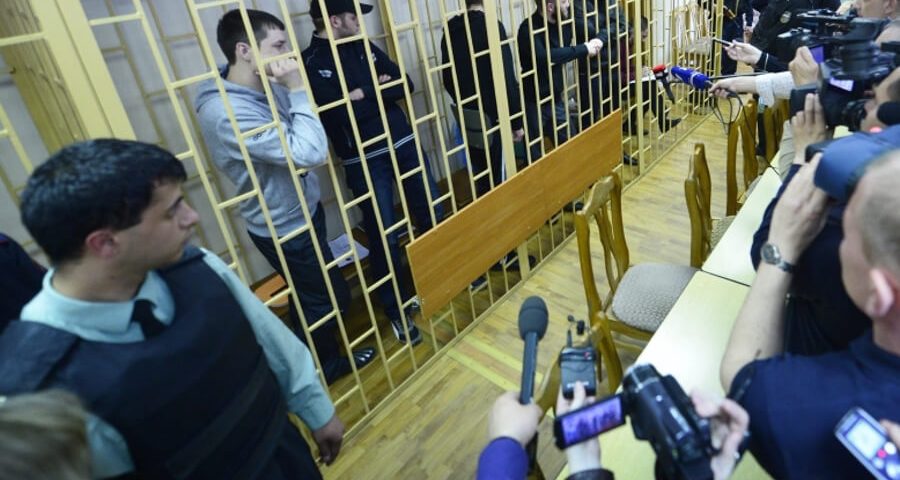 Russia’s President Vladimir Putin signed a law on March 28 restricting video, audio and online broadcasts of trials in the media – from now conducting one will require permission of the presiding judge. According to the law that was published on the official government website1Federal law no. 46-FZ “Regarding amendments to the Criminal Procedure Code,” March 28 2017:  http://publication.pravo.gov.ru/Document/View/0001201703280037?index=0&rangeSize=1 , media outlets are no longer allowed to conduct live broadcasts, take photos or shoot videos of trials without permission of the presiding judge. No broadcasting at all is allowed during pre-trial hearings.

There restrictions do limit the access to information about trials for the media, Daria Sukhikh, lawyer for the Team 29 informal legal association that advocates for freedom of information, told Legal Dialogue. Yet, it doesn’t the situation drastically, she said: In practice, journalists had to ask the court’s permission for live broadcasts anyway.

The new regulations, Sukhikh explains, only apply to proceedings in criminal court – but not in civil or arbitration court, which, when it comes to broadcasts and filming, will have to rely on the 2012 decree of the Supreme Court Plenum2[1] Decree of the Plenum of the Supreme Court of Russian Federation, December 13, 2012, no. 35 “Regarding openness and publicity of legal proceedings, and access to information about courts” https://rg.ru/2012/12/19/otkritost-dok.html.

“According to the decree, video recording and broadcasting is allowed in courts, if the judge gives his permission,” says Sukhikh. “So before [this year’s law] the courts were acting accordingly – allowing broadcasts upon permission of presiding judge. The new regulations simply formalized this practice for criminal courts.”

With this decree in place, the lawyer explains, courts often didn’t allow broadcasts, too. It wasn’t always justified: the decree specifies that the court’s ruling to not allow broadcasting must have proper grounds for it, for example, when confidential information is being disclosed during court hearings. But it’s not an often occurrence, Sukhikh says – yet the courts usually tended to prohibit broadcasts.

What is brand new, according to the lawyer, is limiting time of filming and determining where in the courtroom it can be done. “It means that the judge can allow filming for, say, two minutes from the back of the courtroom,” Sukhikh says.

Another novelty – ban on broadcasting pre-trial proceedings, which in Russia take place when the investigation is not over yet and the trial hasn’t started, but there are issues that can only be resolved in court, like the issue of pre-trial restrictions. “Sometimes there are grounds for not broadcasting these hearings, because the investigation isn’t over and broadcasting might hurt it,” says Sukhikh. “But I’m not sure that a blanket ban is an adequate solution.”

The lawyer warns that new regulations have nothing to do with textual broadcasts – be it live-tweeting or live-blogging. Currently, the latter is the most popular form of covering high-profile trials in the Russian media. “Live-tweeting and live-blogging – textual forms of recording court proceedings – can be conducted freely, without notifying the court,” Sukhikh explains.

In general, she says, the new regulations leave fewer ways for the media to cover trials, which inevitably influences the quality of legal proceedings in courts. Yet they just formalize a trend that was already there: “The right to broadcast a trial has always depended on the judge’s will, and judges often deprived journalists of this right.”[:]