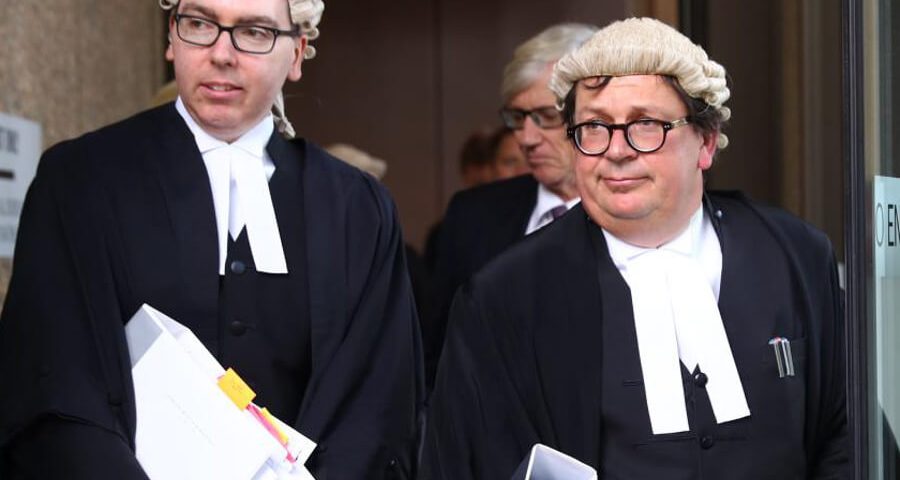 The Ministry of Justice of the Russian Federation (MoJ) has published a new draft of the Concept for the Regulation of the Professional Legal Assistance Market. The government intends to begin a step-by-step transition to a “uniform legal basis” for the legal market next year, with the aim of modernizing the Bar as an economic and legal institution. Following steps are expected to be taken: the development of a regulatory framework for new for-profit forms of lawyers’ collectives; the provision of lawyers with opportunities to work under an employment contract and hire one another; the endowment of lawyers with more authority; stronger protections of attorney-client privilege; incentives for the spread of pro bono practice. These measures are to prepare the legal market to move to a so-called “bar monopoly” by 2023, when, with a few exceptions, only members of the bar will be authorized to represents clients in court.

The reform seeks, on the one hand, to improve the quality of legal assistance and legal services and, on the other, to eliminate “discrimination” of bar members (traditionally referred to as “advocates”) who are subject to specific professional standards, while “other market actors” (“jurists”), according to the MoJ’s approach, are free from any professional and ethical responsibility and work “in conditions of minimal legal regulation”. The Concept describes such lawyers as the “unregulated part of the market”. The authors of the Concept insist: “The absence of special legal regulation for the actors who provide legal services outside of the established requirements for their quality and rules for their provision deprives the state of the opportunity to take any measures aimed at improvement of the legal market by means of disbarring dishonest lawyers.”

Ultimately, the Ministry of Justice expects that lawyers who are now working as an “unregulated part of the market” will join the modernized bar. Only in-house lawyers, close relatives and legal guardians of citizens, heads of organizations, lawyers working for the state-funded legal aid system, and human rights NGOs’ lawyers will have a right to appear in court without a bar licence. According to the Concept, transition to the “uniform legal basis” will require the introduction of some restrictions for foreign law firms and foreign lawyers. Foreign lawyers will be able to practice in Russia only after registration in the special MoJ register, and provide legal assistance only with respect to their jurisdictions, with “the principle of reciprocity” respected. Russian citizens will be able to consult with foreign lawyers on foreign legal issues. However, foreign lawyers will be able to become members of the Russian bar. The authors of the Concept insist that direct or indirect foreign control over law firms operating in Russia should not be allowed. For this purpose, the MoJ suugests to control “the personal composition of the law firms”. “It is only about the harmonization of their [foreign law firms’] activities in Russia, particularly, about introducing a uniform professional standard for legal assistance, with respecting the principle of reciprocity and the obligations of the Russian Federation to the World Trade Organization,” the Concept says.

The draft is tentative and may be modified based on suggestions received.

“Human rights activists will not be restricted in any way”

Comments by Andrey Ragulin, Chairman of the Commission for the Protection of Lawyers’ Rights of the Russian Lawyers Guild:

I would like to emphasize that non-profit organizations, registered in the established order and providing legal services on a no-cost basis in accordance with their bylaws, will retain authority to provide legal assistance and appear in court. Indeed, there are no plans to limit the activities of human rights organizations in the field of judicial representation in any way.

In previous years, we have already seen an attempt to introduce the restrictions on representation in arbitrazh [commercial] courts. Then the Constitutional Court stated that the “bar monopoly” is unconstitutional because the state cannot guarantee free legal assistance for everybody who needs it and does not have funds to cover expensive legal services.

The new version of the Concept provides the legal entities with the possibility of using in-house lawyers services, while ordinary citizens are going to be restricted in their rights to receive legal assistance. Today, 12 million civil cases and 5 million administrative cases are heard annually in Russian courts of general jurisdiction. Most of them are cases in which strong economic actors like federal agencies, insurance companies, and banks litigate against ordinary citizens. Not everyone is able to pay a lawyer 600 euros for a 100 euro claim. Not every lawyer is willing to take a low-cost case. As a result, we are going to have one more form of state pressure.

In my opinion, the concept does not follow the well-known approach of “evidence-based decision-making”. There is not enough evidence and details; the document is based on some general outlines. Today, there are 70,000 members of the bar in Russia. The concept fails to explain how many lawyers we need to cover 17 million cases and how many cases one lawyer can handle annually. Unfortunately, we have examples of dishonest work by some bar members in criminal cases. ECtHR has considered some complaints brought by Russian citizens against the state dealing with convictions based on testimony given under torture. Such pieces of evidence are always “validated” by defenders

. Both the FPA [Federal Chamber of Advocates] and the Ministry are well aware on this problem. But do we know of lawyers who were disbarred for “validation of tortures”? No. Instead, lawyers are disciplined for wearing a bandana in court or posting on social media.

In short, I do not understand why there is no evidence and detailed data in the document. Let’s see how much a member of the bar charges a client just for their signature once the “bar monopoly” is introduced. Finally, who said that “advocates”

have some special knowledge which other lawyers lack? For some reason, the drafters believe that civil society should trust them on their word.

Comments by Thomas McDonald*, Avocat au barreau de Paris (France) and Member of the New York Bar (USA), a retired Partner of White & Case; practiced in the firm’s Paris, Bucharest, and Moscow offices during the years 1999-2015

*The views expressed below are his own and not those of White & Case.

I’m convinced that the Ministry of Justice is absolutely correct to seek to reform the legal profession in Russia. The general approach taken in the current concept paper is to unify the profession on the basis of the existing advokatura to bring the unregulated part (the “jurists”) into one profession with one set of ethical rules, and one organization for self-regulation and discipline.  It will allow all lawyers to have professional privileges uniformly across the board.  So, the objectives the Ministry of Justice set out in the new Concept are absolutely understandable and correct. The Concept is very good in that sense.

At the same time, I have some observations about the proposed approach. The legal profession for me is correctly understood as a “non-entrepreneurial” profession, which is the way the advokatura is currently described.  This is also consistent with the nature of the legal profession in other civil law jurisdictions such as France.  But that doesn’t mean that it is inconsistent with making a profit—of course not. For me there are three characteristics which define what is meant by “non-entrepreneurial”.  First, a lawyer has a fundamental, constitutional role to provide legal services to society as an officer of the court with a duty to uphold the rule of law.  Second, in providing these services a lawyer is subject to mandatory rules of ethics.  And finally, a lawyer must individually be responsible for his acts as a lawyer.  Understood this way, the objective of the Ministry to extend the wisdom of these non-entrepreneurial principles to all providers of legal services is absolutely correct. One of the proposals of the Concept is to allow lawyers collectively to practice law using commercial companies.  The use of the commercial form need not be inconsistent with the non-entrepreneurial nature of law practice. Other jurisdictions have allowed lawyers to use commercial type organizations, but with an important modification that requires the individual lawyers to remain personally liable for their own acts (but not for the acts of the other members of the organization). I believe that this approach can resolve the concerns some members of the advokatura who wish to preserve the ethical basis of a non-entrepreneurial profession.  The reform proposed by the Ministry gives the opportunity to extend this to all members of the profession.

Another concern I have is that the new Concept paper discusses the position of the Russian offices of international law firms.  The Concept says that the Russian offices of these firms need to become Russian law formations—which is fine—but controlled by Russian lawyers.  The justification for the exclusion of foreigners from any control of these entities is not entirely clear, and if the justification is “national security” that would not seem to be related to the purpose of improving the level of quality of the legal profession.  But such restrictions on control, whatever their justification, do exist in other jurisdictions around the world, and international firms can adapt to such requirements.  In many jurisdictions international law firms create separate entities or partnerships which are controlled only by the local partners in order to conform to local law requirements.  But these entities also need to have arrangements between the other entities in the network to allow sharing of services (such as IT and marketing), common procedures for the protection of client confidential information and avoidance of conflicts of interest, and the use of a common name.  These arrangements should not be considered as “indirect control”, and the use of these words in the new Concept needs to be clarified.  I would hope that the Ministry will recognize the great value of the high standards of ethics and professionalism that the local offices of international firms bring to their clients and more generally to the profession in Russia.

In general I have been impressed with the high level of consultation with all sectors of the profession that the Ministry has conducted in elaborating its Concept.  The new version in particular shows that they were listening and making adjustments to the proposed reform.  I note that the Concept is in line with international best practices.  But of course this is still a Concept—not yet legislation.  In elaborating the relevant changes to the legislation the issues like the position of the offices of international law firms and preserving the non-entrepreneurial aspect of the profession need to be more clearly addressed.  But in summary I think that the new Concept is a good step in this direction.[:]