No Extradition to Poland? 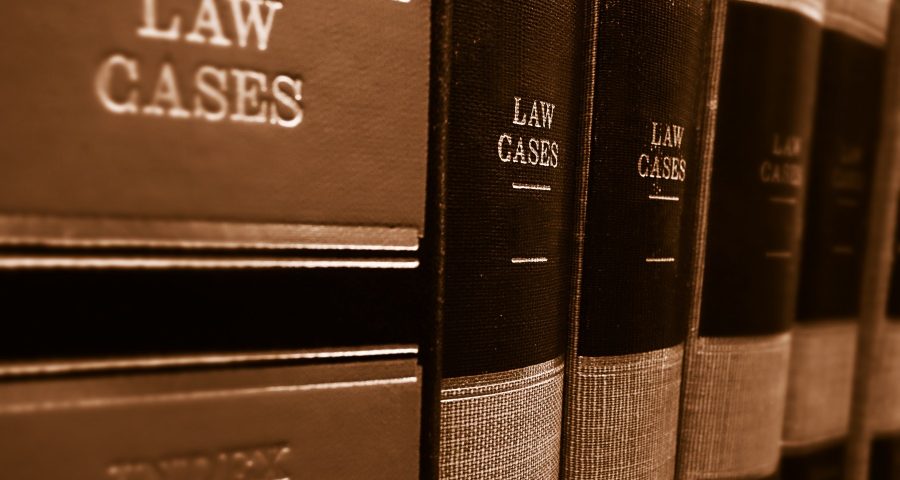 The European Court of Justice (EU Court, CJEU) has begun to consider a case likely to present a serious challenge to European unity, specifically to the concept of “European legal space.” The case in question now under discussion by Europe’s highest juridical body are the extraction proceedings against Artur Celmer, a Polish national living in Ireland and accused of drug trafficking by Polish authorities. What is usually a standard technical procedure triggered serious legal debate when the Irish High Court responded to an extradition claim from Poland by calling the integrity of the Polish justice system and by questioning the likelihood of Celmer having a fair trial.

This presents an escalation of Brussels’ concerns over the Polish conservative government’s recent changes to the country’s judicial system, which until now have resulted in difficult negotiations. Now, these changes may lead to concrete legal consequences affecting more than just Poland.

The Celmer case was brought before the Irish High Court in March 2018. Celmer was arrested under a European arrest warrant (EAW), a system first implemented in 2004, which requires EU member states to arrest nationals of other member states charged with crimes committed in the latter’s territory. The EAW was introduced to facilitate extradition throughout EU countries by removing the need for administrative and political decision-making so the system may be run entirely by the judiciary. However, this arrangement relies on the assumption that all EU members are rule-of-law states with an independent judiciary, ensuring the right to a fair trial.

Justice Aileen Donnelly of the Irish High Court who reviewed the Celmer case, accepted the argument of his counsel Sean Guerin that Poland could not guarantee his client a fair and impartial trial. No need for sophisticated reasoning to support this argument: the European Commission is currently considering the state of Poland’s justice system, while the Venice Commission of the Council of Europe has been examining Poland’s constitutional law.

The core cause for concern has been the judicial reform underway in Poland since the conservative Law and Justice (PiS) party was elected in 2015. PiS has been taking concrete steps that indicate its intention to bring the judicial system under its political control. In particular, taking advantage of its parliamentary majority, PiS cancelled the appointments of three Constitutional Court judges approved by the previous Sejm and challenged three others. It also passed controversial amendments to the law on the Constitutional Court (in particular, by granting the President and the Minister of Justice the power to initiate disciplinary proceedings against Constitutional Court judges). The Polish government then refused to officially publish any decisions of the Court taken without regard to the new law. As a result, the Polish Constitutional Court has partly lost its legitimacy.

Additionally, the new Polish authorities have changed the law on the National Judicial Council (a body of judicial self-government responsible, inter alia, for nominations to all types of judicial offices): previously elected by the judiciary, now most members of the Council are appointed by Parliament, making this body dependent on the PiS-dominated legislative branch. The Polish Ministry of Justice has been granted extensive powers in appointing or dismissing justices and deputy justices of general jurisdiction courts (previously, only judicial self-government bodies were empowered to do this). In addition to that, the PiS-initiated reform of the prosecution service has combined the Prosecutor General’s office with that of the Minister of Justice, effectively placing prosecutors in a position to influence the judiciary.

These and some other changes in the Polish law have been a cause of grave concern for the EU over the past few years. However, the European Parliament’s resolutions, the Venice Commission’s recommendations, and the EC-Poland negotiations have not yet led to significant change. Having made a few minor concessions, Warsaw has refused to fundamentally change the course of its juridicial reform. This has led to an unprecedented step: in December 2017, the European Commission proposed adopting a decision under Article 7(1) of the Treaty on European Union to allow the Commission to declare that there is an impending risk of a serious breach of a fundamental EU-wide value, such as respect for the rule of law, by a Member State. On July 2, the EU has launched formal sanctions procedures.

So far, Brussels has been cautious in taking concrete measures against Warsaw, given the unprecedented nature of the case. (Article 7 was made part of the EU legislation after the Lisbon Treaty was signed in 2007 and has never been enforced; additionally, many politicians fear that an open confrontation could damage the EU’s integrity.) However, the European Commission’s stated concerns over the Polish judicial system’s compatibility with the rule of law, let alone numerous critical statements by human rights defenders, may well result in legal consequences. In any event, Justice Aileen Donnelly has refused to apply the European Arrest Warrant and extradite Artur Celmer to Poland. Rather than pass a final verdict, the Irish judge referred the case to the European Court of Justice.

The Irish judge’s request refers to the so-called Aranyosi test based on the CJEU’s landmark 2016  judgment  which stopped the extradition of two detainees under the EAW process (and was named after one of the detainees). In that case, the European Court of Justice was to decide whether to surrender the detainees to Romania and Hungary, where detention conditions did not satisfy minimum European standards. The CJEU introduced a two-step test: first, a general and systemic failure of the detention system in the member state issuing the EAW must be proven, and second, it has to be determined from case to case whether the person whose extradition is requested would be denied access to a fair trial.

According to the Irish judge, the same test should be applied to Poland and its justice system, following a determination of how it could be relevant to Artur Celmer’s case.

The case of Artur Celmer is pending before the 17 judges of the Grand Chamber of the European Court of Justice, indicating the importance of the matter. The final judgment will create an extremely serious precedent. However, reports from the recent session (Polish) suggest that a refusal to extradite Celmer is unlikely, since no party pursues this outcome except the defendant’s lawyer. It is far more important that the Court may decide to apply the Aranyosi test and to allow European courts to determine whether there is a serious breach of the rule of law in Poland (or potentially another country) before considering extradition. This would mean that Europe’s highest court has confirmed Poland’s dropout of the EU common legal space, and the EU authorities will hardly be able to ignore this fact in their future negotiations with Warsaw.

According to this opinion, the Irish court (and, consequently, courts in other EU member states) are entitled to consider the question of how Poland’s judicial system meets the principles of independent and impartial judiciary. Nevertheless, when resolving the issue of extradition, the court must reasonably show how the existing faults of the judicial system directly threaten the rights of this particular person to humane treatment and fair trial. In essence, the Advocate General decided not to add heat to the debate of the Polish judicial system, stressing the need to specifically consider each particular case. Nevertheless, the question of Polish courts being not entirely independent of the judiciary is established and not being challenged. An actual verdict (usually based on the Advocate general’s opinion) is to follow soon, and it remains to be seen how the Polish judicial system will be assessed in its preamble.

The final verdict will be announced in mid-July.

Historian specializing in Poland’s modern history. Graduated from the Faculty of History of the Moscow State University. An expert for the Russian International Affairs Council. Contributor to a number of Russian media, e.g. Arzamas, Republic, Snob.ru, etc. 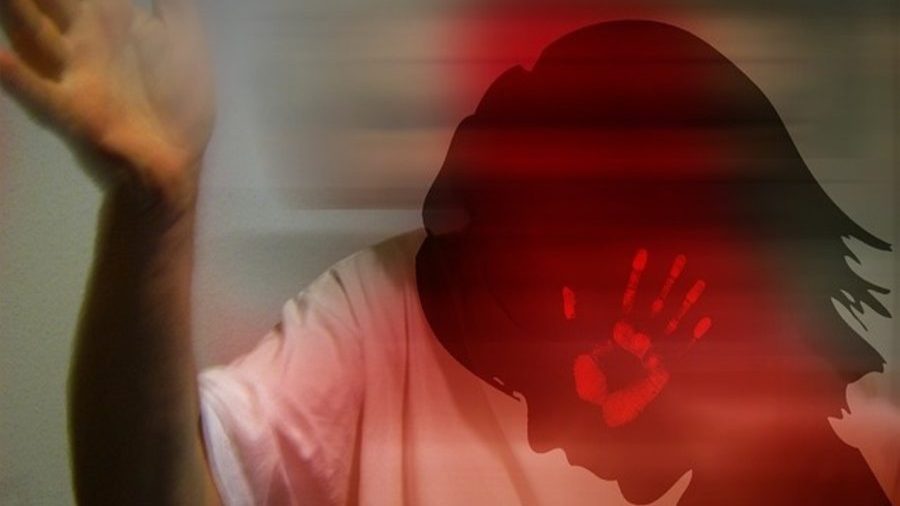 No Right to Protection: Legal Status of Women from North Caucasus Seeking Asylum in Poland 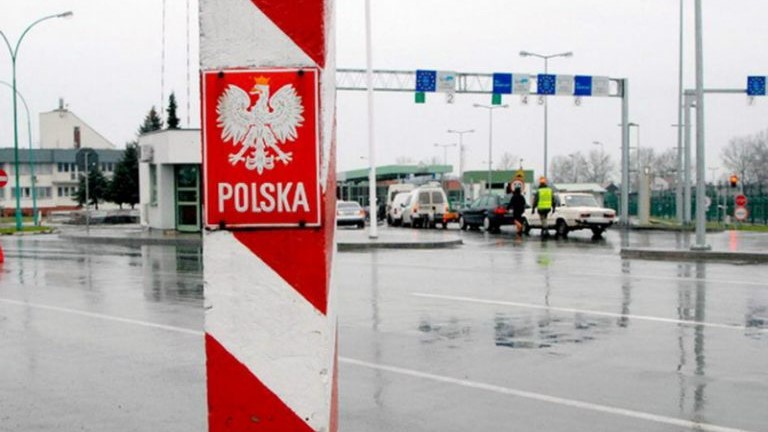