Malte Spitz: ‘In the Digital Era, Everyone Should Be in Control of Their Data’ 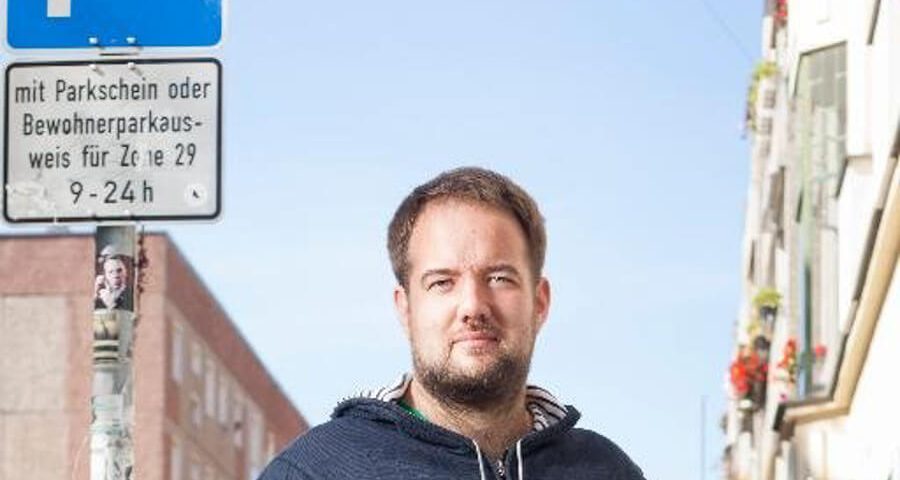 Gesellschaft für Freiheitsrechte (Society for Civil Rights) is one of the first European NGOs to use strategic litigation in the area of human and civil rights. Legal Dialogue asked Malte Spitz, Secretary General and Co-Founder of GFF, about this approach and how it is new to Europe, as well as about their recent cases and freedom of information in Germany.

GFF’s approach is strategic litigation. Could you explain what it is? And what are the main benefits of this approach?

Strategic litigation pursues cases in court in order to achieve goals beyond the individual case. The following procedure makes this type of litigation “strategic”: ideal cases and plaintiffs as well as suitable forums are selected; long-term goals are pursued through a series of cases building onto one another; specialized legal experts proceed tactically in order to avoid errors; long-term cooperation with established NGOs and activists in Germany, Europe and around the globe creates synergies and, finally, law suits are complemented with targeted public relations work, mobilizing awareness for the underlying rights issues.

Where does this idea come from? How was GFF initiated?

The idea of strategic litigation has its roots in the American civil rights movement. In the late nineteenth and early twentieth century the American Civil Liberties Union, one of our partners now, and other organizations started to pursue legal action to advance and protect civil rights in the United States. One important strategic litigation case was Brown vs. Board of Education that eventually led to the end of racial segregation at schools.

Strategic litigation is quite new in Germany. During the last decades, it was mainly used in environmental law cases. We founded GFF in autumn 2015 with a group of legal experts and activists to strengthen strategic litigation on human rights issues.

Which topics in particular does GFF focus on?

GFF’s first cases focus on the protection of privacy, freedom of information and freedom of the press against state intrusion. We believe that in the digital era, everyone should be in control of their data and be able to determine what happens with it. This protection carries even greater weight where journalists and their sources, including whistleblowers, are concerned. It also concerns public-private cooperation in areas such as data preservation, the exchange of airline passenger data, border protection and the regulation of financial transactions.

An effective civil rights monitoring requires that everyone must be able to easily and effectively obtain information on how their data is used and processed. Governmental transparency and easy access to public documents and data are therefore of key importance. Finally, liberty requires equality; GFF is therefore committed to combating any form of discrimination against minorities such as handicapped people or asylum seekers and refugees.

What are the current issues with regards to privacy, freedom of information and freedom of press in Germany?

During the past years many strict surveillance laws have been passed by the German Parliament and the Government is pushing for even more human rights infringements. We are talking about data retention in the field of telecommunication metadata but also Passenger Name Records (PNR) for example or even government hacking. As GFF we are not only focusing on such issues, but also working on cases in others realms, such as anti-discrimination and migration and refugee law.

Can you give an example for one of GFF’s current cases?

GFF’s first case is a constitutional complaint against the monitoring of data traffic and the warrantless spying on telecommunications between targets abroad by Germany’s foreign intelligence service. This case is still under preparation. A separate constitutional complaint has been filed with Amnesty International against strategic mass surveillance in accordance with the so-called „G 10“ Act, which restricts the freedom of communication under Article 10 of the German Basic Law. Together with the German section of Reporters without Borders and other partners, GFF has filed a constitutional complaint against a new anti-whistleblower provision in the Criminal Code, which threatens investigative journalists and their supporting experts with prison sentences. GFF also supports a female journalist working with the German public broadcaster ZDF in her Equal Pay lawsuit.

What can you call “a successful case” in your practice?

Winning a case is an obvious factor for success. But risky cases, too, can carry opportunities for human and civil rights. Previous losses can be an important basis for later success in higher instances. Moreover, every case — whatever the outcome — is an opportunity to engage the public on human rights issues, to inform citizens via the media and to convince them of the importance of the issue. Even spectacular defeats for civil rights can lay the ground for progress, if they are accompanied by careful public relations work.

You said that GFF cooperate closely with other organizations and NGOs. Which role does this cooperation play?

In order to be efficient and effective, to join know-how and forces, GFF works closely with a network of established NGOs, associations and activists. We bring together actors for human rights at the European level and work with especially experienced teams from the United States. For the individual cases, we strategically select our partners and support them through legal expertise and active, information oriented case presentation. This approach guarantees that a case not only addresses isolated legal issues, but that it has a sustainable effect for human and civil rights both at the legal and at the societal level. And in cooperating with others we achieve the maximum success for the law: GFF contributes its specific expertise on strategic litigation, our partners contribute their experiences with the respective issue and campaigning. For example in our first filed complaint, we are cooperating with Amnesty International.

Do you also cooperate with law clinics?

We cooperated with Humboldt Law Clinic Internetrecht (HCLI) for a case and we seek for a lively exchange with students and inform them about our work and strategic litigation in general.

How can the experience of GFF be useful to the NGOs and legal professionals working with the same issues in other countries?

Strategic litigation doesn’t have a strong tradition within Europe. But more and more NGOs choose this way to push the strengthening of human rights and civil rights. It is GFF’s aim to establish a strong exchange with other, especially European organizations that work in the same field. With the growing influence of European law, it becomes ever more important for NGOs to cooperate on a pan-European level to offer up an effectively defense of civil rights.[:]