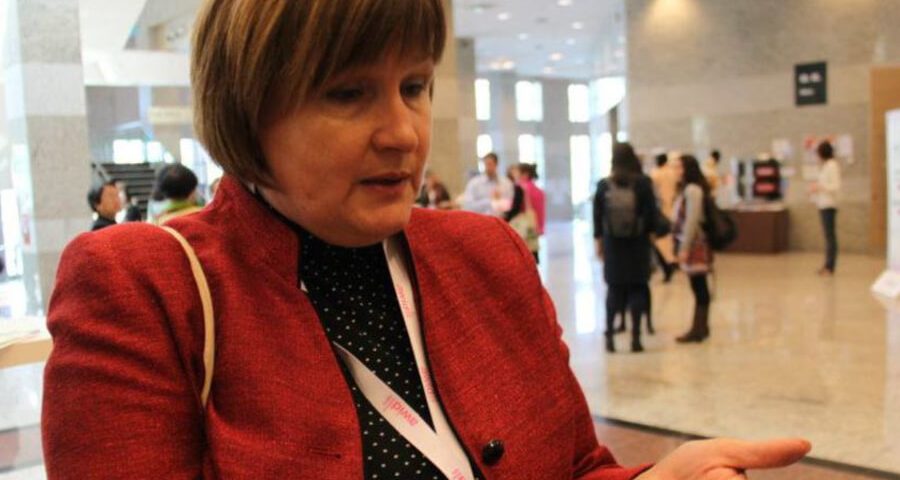 *This article is an updated version of the original piece published here on 20 July. A week later, the events unfolded in an unexpected manner.

The Russian government is testing new criminal and administrative persecution practices on “undesirable” elements of the civil society but trying to look better in the eyes of the Council of Europe. In early summer, Valentina Cherevatenko, Board Chair of the Women of the Don Foundation in Novocherkassk, was charged with “malicious evasion of the duties imposed on foreign agents”, while in Krasnodar, an Open Russia activist was fined, for the first time in Russia, for participation in the activities of an “undesirable foreign organization”.

According to the Russian Investigative Committee, Cherevatenko had deliberately avoided filing papers required for her foundation to be included in the Register of Foreign Agents. She was charged under Article 330.1 of the Russian Criminal Code (“malicious evasion of duties imposed by the law on non-profit organizations performing the functions of a foreign agent”), which entails penalties ranging from a 300,000-ruble fine and community service to two years of prison.

Last year, criminal charges were filed against Cherevatenko. According to the investigator, she had established the Women of the Don Union with the “criminal intent” of evading her obligations under the Law on Foreign Agents. The investigator further alleged that the Foundation was the legal successor of the eponymous Union “in terms of carrying out the same political programs.” Finally, the investigator established “criminal intent” in the fact that Cherevatenko had signed a contract with the German foundation to finance her NGO’s project in the North Caucasus. “The objective of the project’s implementation was to form interest groups and opinion leaders capable of influencing decision-making by government authorities … and to shape public opinion for the same purposes,” said the investigator’s report.

According to Cherevatenko, the investigation found “political activity” in purely cultural projects, such as a study of premarital courtship traditions and their role in preventing divorce in Chechnya, and support of female homemakers and promotion of gender equality in Dagestan. The activist also explained to Legal Dialogue that the Foundation was established after the prosecutor’s warning that the Women of the Don Union could only operate within the geographic boundaries of the Rostov region. The plan was for the Foundation to operate nation-wide, while the Union would keep its activities within regional boundaries. “We took a proactive approach and started challenging the Ministry of Justice in courts as soon as they issued a report on their review of our operations. The Foundation does not engage in political activities; that is our fundamental premise, and we shall continue to defend it. We had funding available for five completely innocent projects which had nothing to do with politics whatsoever,” Cherevatenko explained.

Last summer, when criminal proceedings were instituted against Cherevatenko, human rights activists stood up for her and denounced the first case against her for non-compliance with the Foreign Agents Law as “a new and disturbing episode in the pressure campaign against Russian civil society.” At the same time, Russia’s Presidential Council for Human Rights released an opinion on Cherevatenko’s case containing a legal assessment of Article 330.1 of the Criminal Code introduced in 2012 and an observation that  said provision fails to meet the requirement of legal certainty. According to the Council, criminal charges against Cherevatenko were unfounded, as there was no “malice” in her actions, while the legal provision in question was too vague. In its opinion on Cherevatenko’s case, the Council further stated that “the NGOs’ avoidance of self-identification and registration as foreign agents lacks the characteristics of a criminal offence and cannot be considered a public threat; therefore, imposing criminal liability for such actions is unfounded.”

In his comment, Sergei Krivenko, Board Member of the “Memorial” International Society, explained to Legal Dialogue how the arbitrariness of the Criminal Code provision has further aggravated that of the Law on Foreign Agents.

“We have many reasons to believe that the Women of the Don’s conflict with local siloviki [police and security officials] is the real reason behind her prosecution. Of course, we will fight to keep it alive. Women of the Don are involved in peacekeeping in the North Caucasus; Valentina and her colleagues have been helping overcome the effects of the conflict in the Eastern Ukraine,” Krivenko noted.

However, in late July it became known, in a mysterious manner, that the charges had been dropped. Originally, human rights activist Gabdulla Issakayev published on his Facebook a scanned response from the Russian Prosecutor General’s North Caucasus Federal District Office. The document states that the criminal charges against the Chair of the Women of Don Foundation were dropped on 19 June “due to the absence of corpus delicti in her actions.” Issakayev told Legal Dialogue that he had sent a request for information to the Prosecutor General’s Office as soon as he had learned about the events. Valentina Cherevatenko herself received a confirmation that the charges had been dropped only on 28 July, when her lawyer personally appeared in the investigative unit of the Prosecutor General’s North Caucasus Office and received an authenticated copy of the order to drop the charges. He was further informed that the original document had been mailed to him.

Commenting on this situation in the media, Pavel Chikov, head of the Agora Human Rights Association, suggested that the reason why the charges were dropped was the expired statute of limitations. Chair of the Presidential Human Rights Council Mikhail Fedotov believes that the Criminal Code provision on “malicious evasion” has lost its meaning when the Ministry of Justice was given an authority to form the register [of “foreign agents”] on its own. Head of litigation practice at the Institute of Law and Public Policy Grigory Vaypan sees the developments as an attempt to soften the picture of governmental pressure on NGOs on the eve of the Russian Government’s response to the ECtHR in relation to the complaints filed with the Court by 49 Russian NGOs.

About a week ago, the Court granted the Russian Government’s request for a two-month extension of the deadline for this response; the Government now has to respond by 19 September.

On 13 July, the Council of Europe Commissioner for Human Rights, Nils Muižnieks, published his observations submitted to the European Court of Human Rights as a third party intervention. In particular, he stated: “The Russian Federation’s legislative framework on non-commercial organisations is incompatible with international and European human rights standards …The activities qualified as ‘political’ under the Law on Foreign Agents are among the most commonly-practiced, basic and natural methods for civil society institutions to perform their work. Moreover, they constitute important elements of the democratic process. The application of the Law on Foreign Agents against civil society groups advocating for changes in law and practice, or against those scrutinising the human rights compliance of decisions, actions and policies of public authorities, greatly undermines their role as a public watchdog in a democratic society.”

In June, the law on undesirable organizations was also enforced for the first time in Russia. A court in Krasnodar imposed a 15,000 ruble fine on Yana Antonova, a local Open Russia activist. She was sentenced under Article 20.33 of the Code of Administrative Offences for “engaging in the activities of a foreign or international non-governmental organisation declared undesirable in Russia.” According to the Russian court, Antonova is a member of Otkrytaya Rossia, a UK-registered organization found “undesirable” by the Russian Prosecutor General’s Office this April. However, the network-based Open Russia movement operating in Russia has declared itself autonomous and legally unrelated to the UK group.