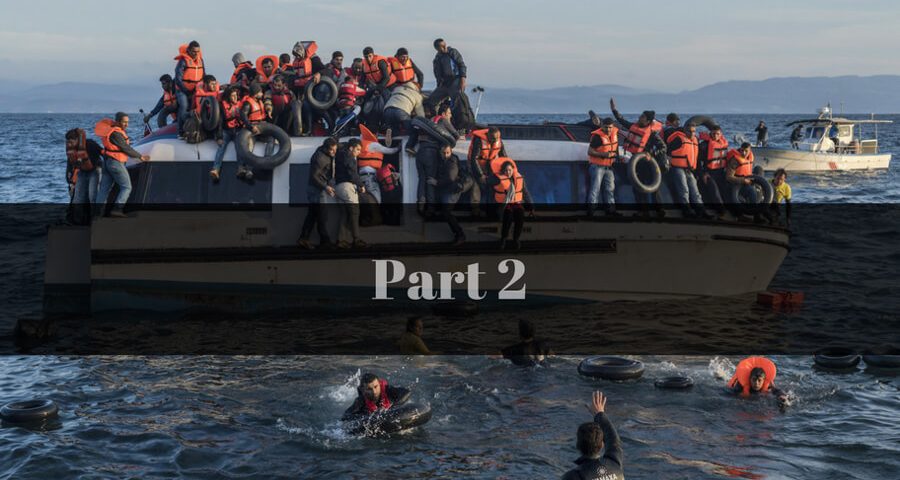 In 2014 to 2016, EU Member States faced an influx of humanitarian migration which revealed the European asylum system to be immature, inconsistent, and imperfect. Despite the adoption of the European Agenda on Migration in May 20151https://ec.europa.eu/home-affairs/sites/homeaffairs/files/what-we-do/policies/european-agenda-migration/background-information/docs/communication_on_the_european_agenda_on_migration_en.pdf, there is still a diversity of ideas, opinions and approaches to humanitarian migration management within the EU.

Member States have adopted a variety of legal mechanisms for regulating massive humanitarian migration flows: from Exceptional Leave to Remain in the UK to Provisional Permission to Remain in the Netherlands to Provisionally Admitted Foreigners in Switzerland2https://www.sem.admin.ch/sem/en/home/themen/aufenthalt/nicht_eu_efta/ausweis_f__vorlaeufig.html to Duldung (right to limited stay and/or suspension of expulsion) in Germany3Akram S. M., Rempel T. (2004): Temporary Protection as an instrument or Implementing the Right of Return of Return for Palestinian Refugees. Boston University International Law Journal 22(1): 1-161, and others.

Exceptional Leave to Remain in the UK (ELR) is governed by Section 3(1)(b) of the Immigration Act of 19714Section 3(1)(b) of the 1971 Immigration Act, https://www.legislation.gov.uk/ukpga/1971/77. As party to the 1951 Convention Relating to the Status of Refugees, the UK grants exceptional leave to remain to persons who do not meet the criteria for refugees under the Geneva Convention but who would otherwise be required to return to a country in which, as circumstances clearly indicate, their life or freedom may be threatened. Between 1992 and 2002, exceptional leave to remain was granted primarily to citizens of Somalia, Afghanistan, Iraq and Sri Lanka (61% of all asylum applications during this period)5Home Office Statistics, https://www.gov.uk/government/publications/home-office-policies-concerning-exceptional-leave-to-remain-1999-to-2007.. In April 2003, the UK’s exceptional leave to remain was replaced by Humanitarian Protection granted to those who, though not refugees, would, if removed, face in the country of return a serious proven/plausible risk such as the death penalty, unlawful killing or torture, inhuman or degrading treatment or punishment. The difference between Humanitarian Protection and exceptional leave to remain is that the former is granted initially for three years (exceptional leave was granted for seven years before 1998 and four years between 1998 and 2002), at which point a person with a continuing need for protection will be eligible to apply for settlement in the United Kingdom and those with no continuing need will not be permitted to stay any further.

In Switzerland, humanitarian migrants are granted either a B-permit (recognised refugees with asylum) or an F-permit (those without refugee status but under subsidiary protection if their return to the country of origin could arguably threaten their life and safety). Humanitarian migrants’ stay under an F-permit is regulated by Articles 41(2) and 85(1) of the Federal Act on Foreign Nationals6https://www.admin.ch/opc/en/classified-compilation/20020232/201701010000/142.20.pdf and limits the holder’s movement between cantons; travel outside Switzerland is only allowed in exceptional cases and may cause the permit to be withdrawn; family reunification is only possible after a waiting period of 3 years and under certain conditions. The F-permit is issued for one year and then may be prolonged for the same period by the responsible canton, unless there are reasons to end the temporary admission; the decision lies within the canton’s exclusive competence. According to national statistics, at the start of 2017, there were a total of 27,390 foreigners with a temporary admission status living in Switzerland, of whom 5,634 persons were granted this status in 20167http://www.asylumineurope.org/reports/country/switzerland/content-international-protection/status-and-residence/residence-permit#footnote3_pnkwzpg.

Between 2014 and 2016, this heterogeneity of legal mechanisms, coupled with a lack of unified political will and migration management across Europe, led to imbalances between ‘core’ Europe (France, Germany, Benelux, etc.) and the Visegrad Group of countries. However, by that time, the European Union already had a legal mechanism in place for managing the massive influx of humanitarian migrants, namely Council Directive 2001/55/​​EC. It was adopted in response to the war in Yugoslavia and the resulting exodus from the country’s dissolution into several independent nations. It is difficult to say today why, back in 2014-2015, the European Commission invoke Directive 2001/55/​​EC on temporary protection to respond to the mass influx or imminent mass influx of displaced persons (Article 2 (a)) who have fled from a specific country or region due to armed conflict or other violence (Article 2 (d)) to European countries8http://eur-lex.europa.eu/LexUriServ/LexUriServ.do?uri=OJ:L:2001:212:0012:0023:EN:PDF.

The said Directive provides a mechanism which could have prevented the imbalances caused by humanitarian immigration quotas in the countries of Eastern and Central Europe. The EU’s temporary protection mechanism can be launched by a decision of the European Council in the event of a mass influx or increasing influx of displaced persons. This mechanism can be activated for up to one year, with a possibility of extension. Temporary protection ends when the Council decides that the situation in the countries of origin permits safe and durable return of those granted temporary protection. It is important that Directive 2001/55/ EC contains special provisions to allow Member States to deny temporary protection to persons having committed serious crimes prior to their admission to the Member State or regarded as a danger to the host country’ security or found guilty of a crime against humanity and/or acts contrary to the purposes and principles of the United Nations (article 28 (1) a-b).

Directive 2001/55/​​EC has never been applied in Member States, although Malta (in 2014) and Italy (in 2011)9http://www.esteri.it/mae/en/sala_stampa/archivionotizie/approfondimenti/2011/03/20110331_uerifugiati.html requested the European Commission to consider the possibility of implementing the Directive in Member States struggling with the hosting and resettlement of arriving immigrants. In 2011, Brussels’s refusal to activate the Directive was an unpleasant surprise for Italy, whose Foreign Minister Franco Frattini asserted fairly provocatively, “Europe has been totally inert in this period [when Member States need help].”10http://www.esteri.it/mae/en/sala_stampa/archivionotizie/approfondimenti/2011/03/20110330_emergenza_immigrazione.html

Admittedly, Directive 2001/55/​​EC may be more suitable for managing humanitarian migration flows from a single country or geographic region to Europe, but in cases of mixed flows from multiple countries – Middle East, Africa and the Balkans – quotas and redistribution mechanisms launched In 2015 as a temporary solution may prove more effective.

The European Union is a complex ‘asymmetrical world'13 Fischer, Joschka David Precht. ZDFexposed to migration-related threats to its existence coming from within rather than from beyond its borders. Soon we may be witnessing a revision of EU and Member States’ migration management policies.

It seems likely that the strategy of regulating ‘migration as an opportunity to move to the EU’ will be replaced by a ‘limited pendulum mobility’ strategy. European countries today are not interested in immigrants seeking asylum or permanent residence but in those willing to contribute their ideas and skills to Europe’s development while maintaining the nationality of their countries of origin.[:]