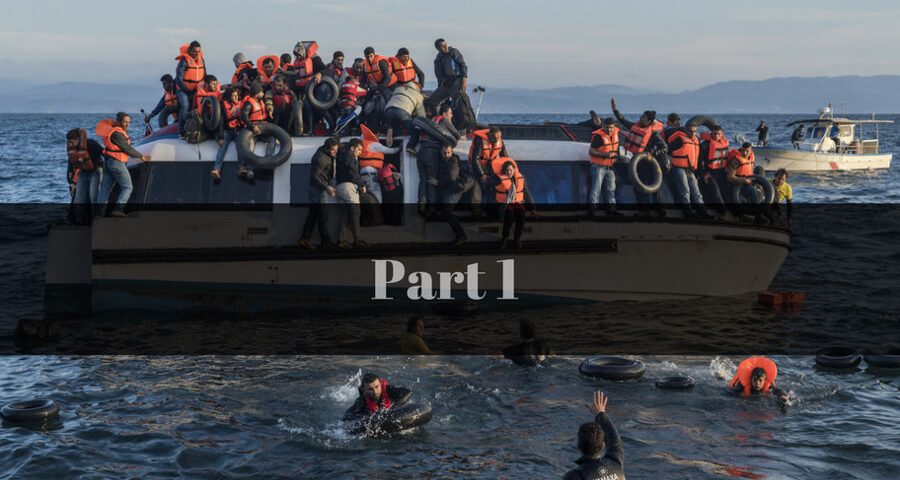 The current EU legislation on migration and asylum has been set out and interpreted in a number of legal documents. The existence of multiple directives, accords, multilateral agreements and domestic legal acts of EU member states creates the illusion of a robust, well-functioning migration management system. However, the influx of humanitarian immigrants in 2014-2016 showed that the apparent strength and stability of migration management policies and practices within the 28 EU Member States are indeed illusory, and the available legal instruments and their underlying mechanisms fail by a long shot to meet the Member States’ needs. The legal framework for migration management in the European Union today can be roughly described as consisting of the following three blocks:

Part 1. Immigration and Movement across Borders

In 1999, the European Union started drafting a shared migration strategy for Member States to support uniform visa procedures and standardise migration rules1A common immigration policy for Europe, at http://eur-lex.europa.eu/legal-content/EN/TXT/?uri=URISERV:jl0001. It is important to note that unification of asylum procedures was addressed as a separate issue in the EU Policy Plan on Asylum2Policy Plan on Asylum. Communication from the Commission to the European Parliament, the Council, the European Economic and Social Committee, and the Committee of the Regions of 17 June 2008 – Policy Plan on Asylum: An integrated approach to protection across the EU. COM (2008) 360 final. Not published in the Official Journal.. According to the Treaty on the Functioning of the European Union3Articles 79 and 80 of the Treaty on the Functioning of the European Union (TFEU), at http://eur-lex.europa.eu/legal-content/EN/TXT/PDF/?uri=CELEX:12012E/TXT, this common immigration policy covers the following areas:

At present, two mechanisms of migration legalisation are available in the European Union.

Regulations and Decision are legal acts of the European Union which, following their adoption by the European Parliament, come into effect directly in Member States and do not require domestic legislators’ decisions for their enforcement. However, at the time of the TFEU’s signing, certain Member States made reservations concerning EU regulations and decisions. Exceptions include Denmark where EU-wide rules relating to immigration, visa and asylum policies do not apply. The parliaments of Ireland and the United Kingdom can choose whether or not to adopt EU-wide rules on immigration, visa and asylum. Regulations with direct applicability in all EU countries include those concerning entry and residence of high-skilled foreign workers, or the EU Blue Card4Council adopts the EU Blue Card: more advantages for high-skilled foreign workers. Brussels, 25 May 2009 10266/09. Presse 151..

Directives are EU legal acts which require incorporation into member states’ domestic (national) law. The European Parliament sets the date by which Member States must transpose a directive into national law, but the forms, methods and reservations relevant to how the directive shall be applied in a particular country are determined by its national parliament. For the most part, EU migration policies are implemented in Member States via directives.

Legal Regulation of Freedom of Movement

Interestingly, six EU Member States—Ireland, Britain, Romania, Bulgaria, Croatia and Cyprus—have stayed outside the Schengen Area, while three others—Monaco (together with France), San Marino and the Vatican (together with Italy)—have opened their borders for free movement of goods, services and persons de jure without signing the Schengen Agreement.

To ensure security and improve safeguards for free movement within the Schengen Area, the Schengen Information System (SIS II) was created to collect and store biometric data of persons crossing the EU borders and to support exchange of such information across the EU and with associated countries. SIS II stores information on visa applicants to Member States (VIS), and a bank of visa applicants’ fingerprints (EURODAC). Interestingly, the initial launch of the system scheduled for 1 January 2013 did not take place, because Member States were reluctant to adopt a uniform approach to biometric data provision, collection and storage.

In September 2017, President Jean-Claude Juncker proposed migration management reforms modifying the provisions of articles 25-27 of the Schengen Border Code. The current time limits for reintroducing border controls at Member States’ internal borders are expected to be prolonged from six months to one year and/or no more than three times and for a period not exceeding two years8https://ec.europa.eu/home-affairs/sites/homeaffairs/files/what-we-do/policies/european-agenda-migration/20170927_recommendation_implementation_provisions_schengen_borders_code_temporary_reintroduction_border_control_en.pdf.

Before November 2017, temporary reintroduction of border control at internal borders pursuant to Articles 25-29 of the Schengen Border Code was applied by Member States 92 times, of which 56 fell in the period between 2014 and 2017 and were associated with Member States’ inability to control migration influx to the European continent9https://ec.europa.eu/home-affairs/sites/homeaffairs/files/what-we-do/policies/borders-and-visas/schengen/reintroduction-border-control/docs/ms_notifications_-_reintroduction_of_border_control_en.pdf. Before 2014, Member States reintroduced passport and border control at internal borders for periods up to 14 days only in cases such as:

Currently, the following Member States have reintroduced border and passport control at internal borders pursuant to Articles 25-26 of the Schengen Border Code:

Additionally, Sweden announced reintroduction of border control at its border with Norway at Gothenburg Landvetter Airport during the Social Summit for Fair Jobs and Growth on 12 to 19 November 2017 pursuant to Article 28 of the Schengen Border Code. It seems obvious that Schengen Area regulations are likely to undergo serious changes in the near future.[:]