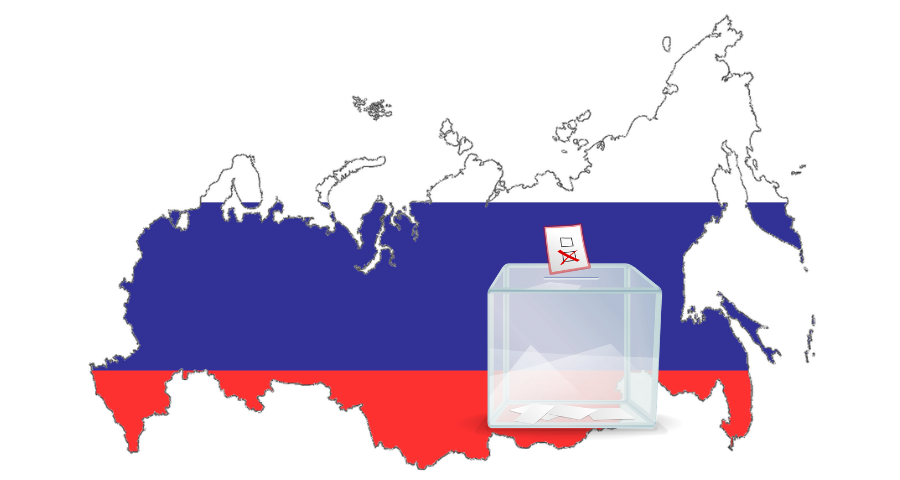 In August 2019, OSCE Secretary General Thomas Greminger, Director of the OSCE Office for Democratic Institutions and Human Rights (ODIHR) Ingibjörg Sólrún Gísladóttir, and President of the OSCE Parliamentary Assembly George Tsereteli received a request to send international observers to monitor elections in Moscow and St. Petersburg on 8 September, 2019, the nationwide single voting day. The request was sent by candidates who were registered to run in the elections in Moscow and St. Petersburg. 1Anna Plotnikova, “Rossiiskie oppozitsionery apelliruiut k OBSE” [Russian opposition appeals to OSCE], VOA, 28 August 2019. 2“Moscow and St. Petersburg Candidates Call on the OSCE to Monitor Regional Elections,” Free Russia, 22 August 2019. The attempt to involve international observers in these elections ended in failure: international observation of the nationwide single voting day on 8 September, 2019, was not implemented.

Grishina’s statement caused consternation among experts on electoral law and international observation. Does Russian law really prevent foreigners from monitoring regional elections? Is it true that only the state authorities and the CEC can invite international observers?

The signing in June 1990 by 34 countries (including the USSR) of the Document of the Copenhagen Meeting of the Conference on the Human Dimension of the CSCE (Conference on Security and Cooperation in Europe) laid the foundation for future international election observation in the post-communist countries of Central and Eastern Europe. It was then that these countries assumed the responsibility of allowing national and international monitoring of their elections. The signatory countries pledged that they would “endeavor to facilitate similar access for election proceedings held below the national level” (p. 7). The path to monitoring elections at all levels, including local ones, in all CSCE countries (and, since 1995, in all OSCE countries) seemed open.

In the same year, 1990, the CSCE Office for Free Elections was established in Warsaw (it was renamed the ODIHR in 1992). In the Office’s early years, one of its main tasks was encouraging election observation efforts, as well as organising short-term missions for observing election-day procedures. However, this form of monitoring was quickly recognised as ineffective, so, in 1994, the participating States transferred more powers to the Office, which enabled it to develop a methodology for monitoring elections and begin organising professional and long-term missions, which have continued to this day.

The Legal Basis for International Election Monitoring in the Russian Federation

Currently, international election monitoring is regulated by Federal Law No. 67-FZ  (adopted 12 June 2002), “On basic guarantees of the electoral rights and the right to participate in referendums of citizens of the Russian Federation.”

It follows from Russian law that in order to organise an international election observation mission, it is necessary to receive an invitation from public authorities or the commissions organising the elections (which agency or commission can make such an invitation depends on the level of the election), as well as accreditation from the CEC.

Thus, the organisation of international election observation missions at any level, including local ones, is impossible without the formal cooperation of the CEC, the only Russian federal agency that establishes the procedure for accreditation and implements it.

Unlike Russian presidential elections and State Duma elections, the procedure for holding local and regional elections in Russia is not spelled out in a separate federal law. Each member of the Russian Federation has its own laws that determine the procedure for holding elections for regional heads, regional MPs, local councilors, and officials at different levels. Some of these laws clearly state the possibility of international observers, while others only hint at it. However, full regulation of international monitoring in regional laws is not mandatory since Law No. 67-FZ has priority over any other electoral laws.

In many such laws, the topic of international election monitoring is addressed much more vaguely. The activities of international observers are often not regulated fully, but only partially, which, however, confirms that they are allowed to be present at elections.

So, International Monitoring of Regional Elections in the Russian Federation Is Still Possible?

Analysis of federal and regional laws shows that Russian legislation clearly allows for international monitoring of regional and local elections.

To organise such monitoring, you only need an invitation from the organising electoral commission or state agency (that is, from a federal or regional level commission or agency, not a local commission or agency), on whose basis the CEC must issue you accreditation. However, the list of such bodies is established only for presidential and State Duma elections. Consequently, the question remains as to whether regional legislators have the right to establish lists of such bodies for regional and municipal elections.

Why, then, does every attempt to involve foreign observers in regional and local elections end in failure? It is Russian politics that is the problem, not Russian laws. Stanisław Raczyński, a Russian expert on electoral law, argues that although international monitoring of regional and local elections is stipulated by law, due to the CEC’s unwillingness to allow “outsiders” to be involved in such elections, this norm is “dormant.” According to Rachinsky, regional and local commissions do not send invitations to such observers without informally coordinating their actions with the CEC, thus relieving it of the burden of having to deal with international monitoring. Rachinsky notes that the norm is so dysfunctional that the CEC has not even bothered to adopt the accreditation procedure necessary for its implementation. The CEC only adopts special accreditation procedures for presidential and State Duma elections.

In fact, the impossibility of international monitoring of local and regional elections in the Russian Federation is a consequence not of the lack of legal norms, but of the unwillingness of the authorities to allow it.

How Do Foreigners Manage to “Observe” Regional Elections?

In a report for the EPDE 5Anton Shekhovtsov. “Controversial ‘International Observation’ at the 2019 Elections in Russia,” European Platform for Democratic Elections, 30 October 2019, political scientist Anton Shekhovtsov proved that, in fact, no foreign citizens were accredited by the CEC as official observers during either the 2018 or 2019 elections. And yet these people had official invitations from the CEC (they were required for obtaining Russian visas), visited polling stations, and gave public assessments of the Russian elections. In other words, they performed most of the functions of international observers, and this was how they were presented in the Russian media, although they were actually so-called fake observers. As Shekhovtsov notes, one of their main tasks was to assure the Russian audience of the international legitimacy of the elections, and for this purpose “international observers” were better suited than mere “experts.”

How Can You Monitor Russian Regional Elections If You Are a Foreigner with No Ties to Kremlin?

As mentioned above, to become an “international expert” and be invited by the CEC to observe regional elections, you need to adore the current Russian regime. If you do not feel that you are part of this “scene,” but would like to “monitor” the Russian regional elections in some other way, you have very few legal options left. One of them is video monitoring.

In the past few years, Russian polling stations have employed as many as 90,000 video cameras during national and regional elections, cameras that could be accessed online to monitor the polling stations and the work of polling station electoral commissions the entire day, from seven in the morning until the vote tallies were completed. Many of these videos were saved and are still available to experts. While not a substitute for professional long-term monitoring, video monitoring on election day and viewing archived recordings provide a unique opportunity to see what elections in Russia look like. The observer missions conducted in recent years (including Observers in Action, a Polish project of video monitoring of the Russian presidential election, organised by the author of this article) have shown that they can be extremely effective. At 72 polling stations in four regions of Russia (Bryansk and Belgorod regions, Kabardino-Balkaria, and Karachay-Cherkessia), several dozen Poles spotted hundreds of instances of ballot box stuffing and so-called carousel voting, as well as tens of thousands of voters who had been improperly added to voting rolls. Although our Russian colleagues monitored even more polling stations, it was our research that attracted the BBC Russian Service’s attention.

The video monitoring method is extremely simple and therefore highly effective and efficient. Therefore, when thinking about how to implement international monitoring of regional elections in Russia, we should also pay attention to video monitoring. For the time being, it seems, it is the only method at our disposal. Of course, we can wait until Russia starts enforcing its own laws, which provide for full international monitoring of regional elections. But there is a high probability that we may not live to see this day given the current political conjuncture.

Mateusz Bajek holds a BA in East Slavic Studies and an MA in International Relations from the Warsaw University. He is professionally engaged in consulting, where he brings the Eastern and Central European markets closer to his clients. Since 2011, he has been engaged in international election observation, including observation within the framework of the OSCE mission. At the Foundation for Responsible Politics (Warsaw, Poland), Mateusz is responsible for projects focused on Russia, and also coordinates video monitoring projects for elections. In 2018-2019, he was a Head of the Observers in Action project, within the framework of the project, Polish video observers monitored the elections at more than 70 polling stations in four Russian regions. Mateusz is the author of articles on topics related to election fraud and observation and the main author of the first ever textbook on video monitoring of elections — "Introduction to the methodology of video observation during election day, based on the case study of Russian Presidential election."