International Symposium "Precarious U-Turn. How to protect our achievements in Rights and Justice?" 1-3 November 2018, Berlin

What did the civil society experts from Russia and the EU agree on at the 3rd International Legal Dialogue Symposium?

Restrictive tendencies in the EU and Russia, which have been recently covered by the authors of the Legal Dialogue Journal, set the tone of the Symposium in Berlin. In context of Russian reality, the continuing crackdown of independent NGOs by government and the idea of endowing journalists with the status of the “foreign agent” look like unpleasant, but quite expected measures; whereas the challenges that the EU countries face look like something new and dangerous as these trends are linked to the changes in overall moods within society.

International legal and civil society experts from Russia and the EU have shared their reflections on what is happening, how to respond to the negative trend and stay effective, what civil society strategies and forms of cooperation will be in demand in the changed environment. 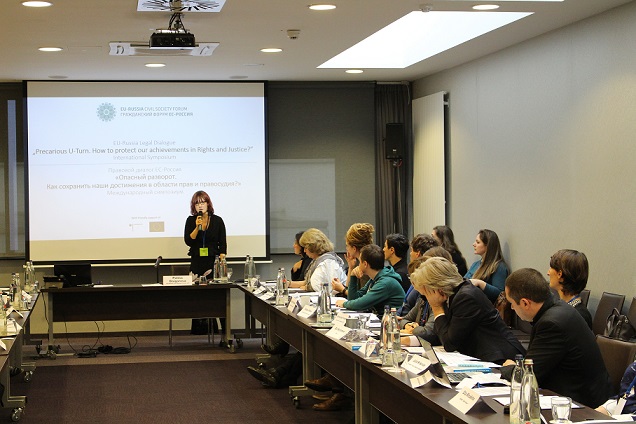 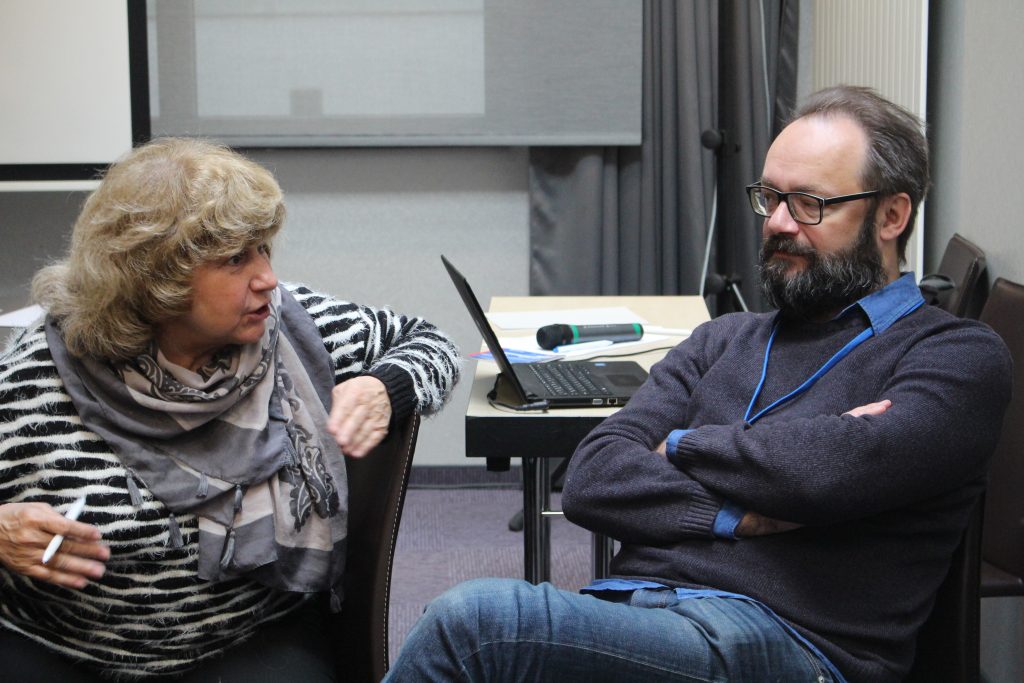 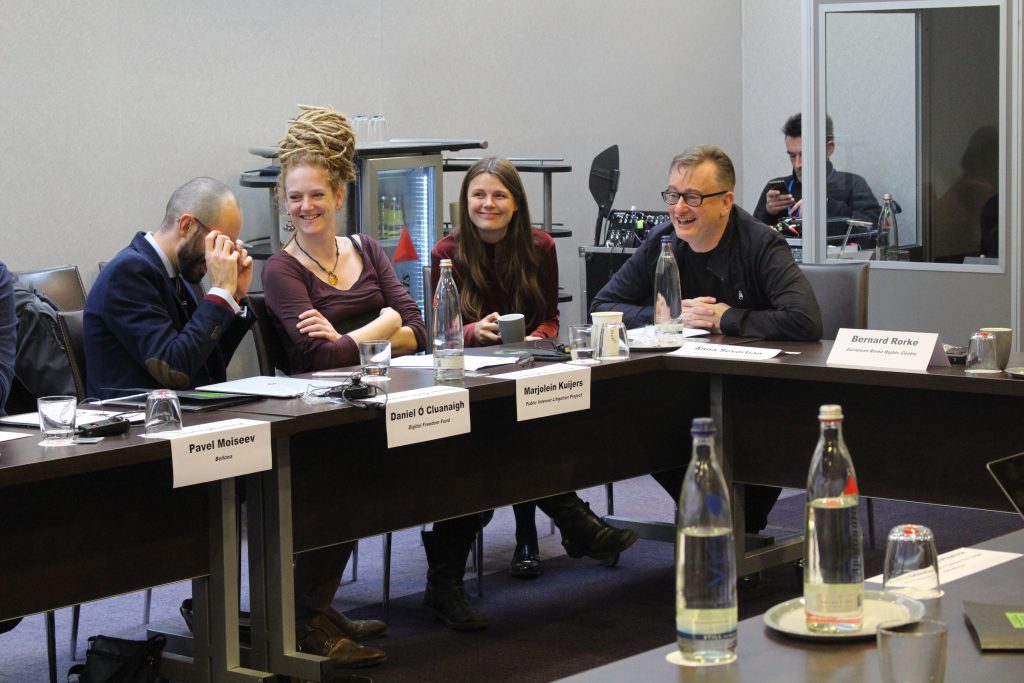 “Human rights are now seen not as a solution, but as a problem”

The negative trend is discernible in both legislative initiatives and law enforcement: Polish government transforms the judiciary in its own manner; parliamentary representatives of the Visegrád Group call for a Europe of Nations without external immigration; in order to fight the terrorist threat, police and prosecution services get more authority to restrict digital rights of the citizens. In Germany, the state is “trying to occupy the digital space” and creating a legal framework. As a result, the reactionary anti-terrorist laws increasingly interfere with the civil rights. In the UK, they discuss the possible consequences of Brexit in context of the human rights’ restrictions; French society is particularly tense towards Islam and too receptive when it comes to populism, so politicians openly support islamophobic sentiments, and the government strategies are designed to make the living conditions of immigrants unbearable.

Generally, the experts said that civil society in Europe had to operate in an increasingly aggressive environment. There are strong nationalistic sentiments in the society, it is polarized. Moreover, citizens tend to focus on their private life and interests as well as their rights as individuals neglecting the collective dimensions of activism. The civil society experts also discussed the risks associated with the reduction of funding for human rights activities, legal support to the citizens and strategic litigation.

Obviously, the politicization of human rights in the EU countries (again, something that is not new for Russia) creates challenges for the work of civil society: the Symposium participants pointed out the necessity to explain to the general public an alternative – and authentic – understanding of the human rights not as just another problem, which citizens face in their everyday life, but as a solution to the problem, the solution that is universal and applicable to the majority just as much as to the migrants, sexual or religious minorities. 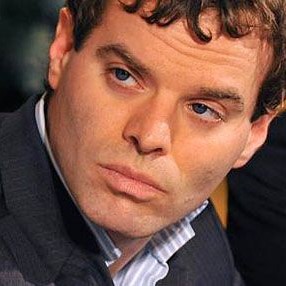 “It’s hard to see the EU as a homogenous entity. Populist parties are capable of influencing the agenda in the EU countries. According to the common trends in most countries, the human rights are not seen as a solution, but rather as a part of a problem, because they are to protect minorities only. As people today do not face the horrors of war, the concept of human rights does not represent for them such an essential value in the times of peace. Perhaps, human rights defenders and activists too often count on law, while it is more important to work on changing attitudes and sentiments of the society. The EU as a political instrument is often inefficient when it comes to enforcing the rule of law in the field of human rights. Information tools together with education are probably the only way to rebuild credibility towards the concept of human rights.”

“It is important to know what language we use among ourselves and what language we use when talking to a wider public. There are no individual rights for individual groups (Jews, Roma, LGBT, prisoners) in the EU, those are simply vulnerable groups. However, there are some general universal rights, such as the right to life and the right to inviolability of the home and so on, and these rights are equally important for all.” 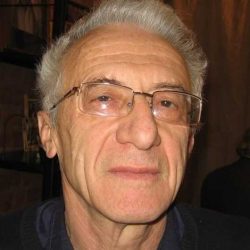 Russian civil society experts expressed their concern regarding growing pressure towards the independent NGOs; expansion of the “foreign agents” legislation; emergence of the government-created NGOs, and obvious disparity in the third sector between the charities and social NGOs, on the one hand, and human rights NGOs on the other. Non-government organizations with the status of “foreign agent” are discriminated by the state and forced to work in an unfriendly environment with frequent audits by the oversight bodies, where officials and academics are prevented from participation in conferences and other events organized by these NGOs, and with federal media outlets refusing to cover their activities.

Generally, the trend is seen as follows: “the democratic governments are using democratic instruments to destroy democratic regime”, and this trend looks like a rather focused process, not an accident. At the same time, the society is apparently not ready for a consolidated protection of the human rights values. 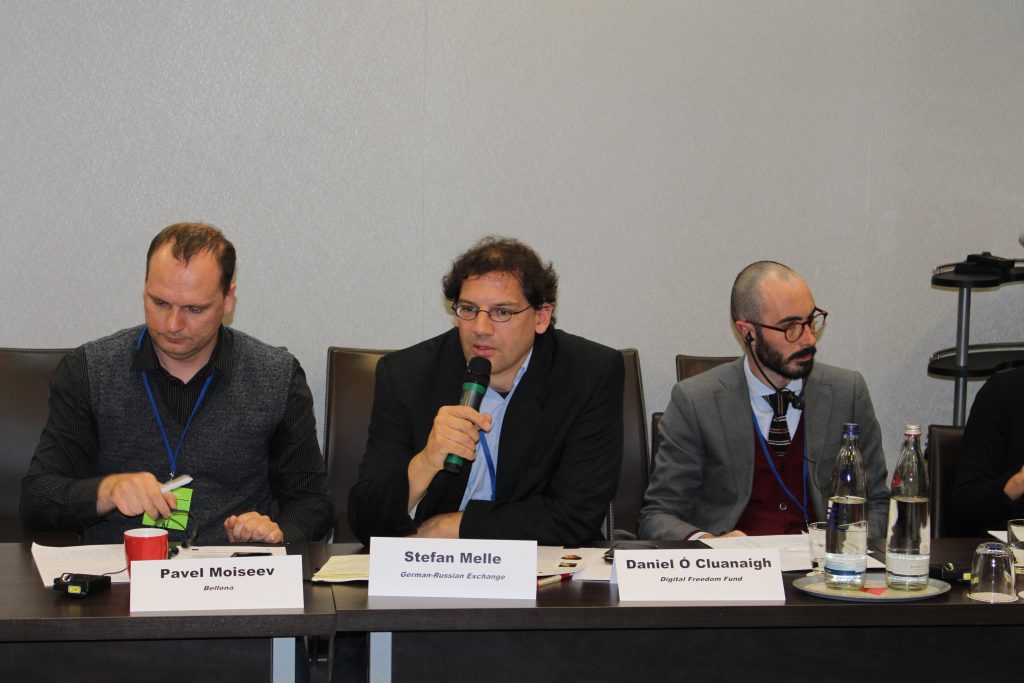 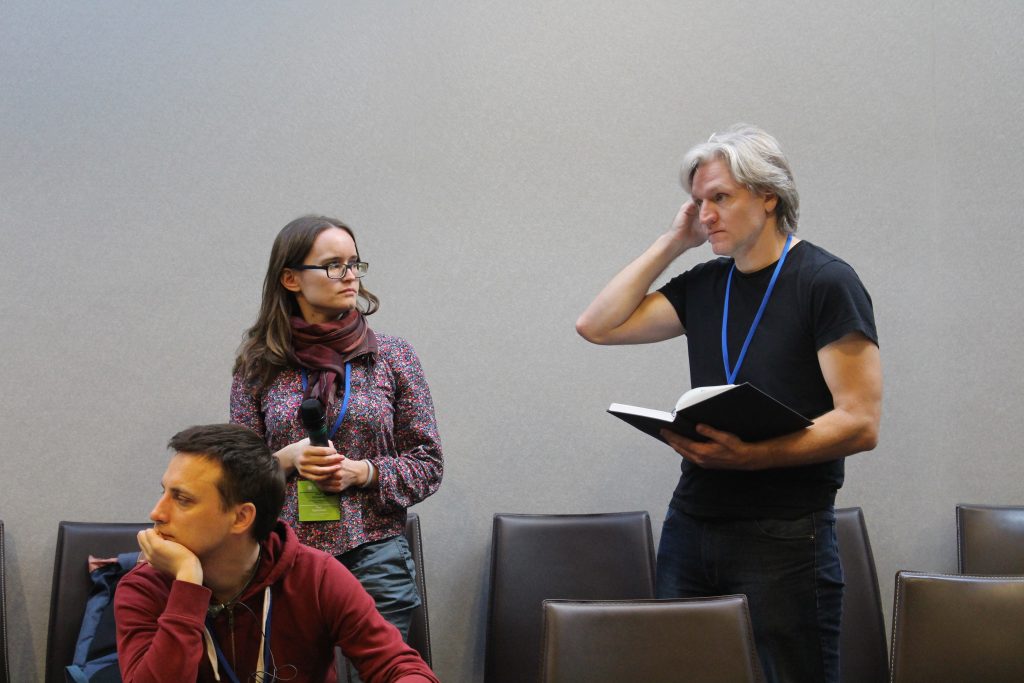 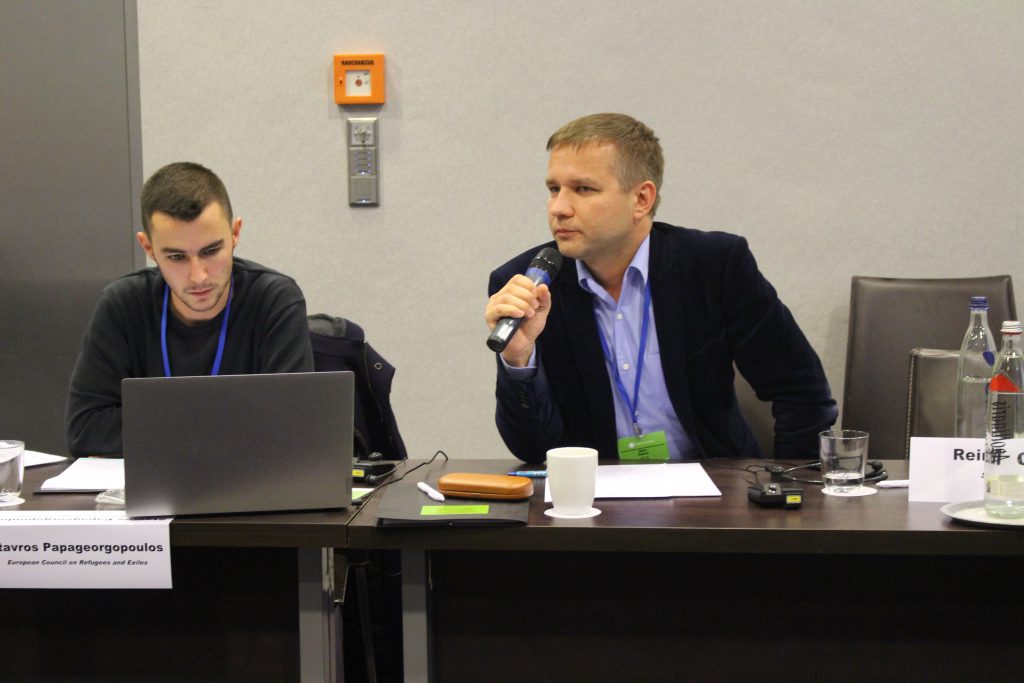 Is Russia on the way to international isolation?

Meanwhile, in Russia, a withdrawal from the Council of Europe and from the European Court of Human Rights is being widely discussed. The Russian politicians and media have repeatedly spoken of it as of a fait accompli. There was a special session dedicated to the possible international consequences of Russia's withdrawal from the Council of Europe in the Legal Dialogue Symposium’s programme. Both sides – Council of Europe and Russia – have spoken about the possibility of such a scenario: at the autumn session of the Parliamentary Assembly of the Council of Europe (PACE), CoE Secretary General Thorbjorn Jagland stated that if Russia would not have started paying the contributions to the organization’s budget by summer 2019, the Committee of Ministers would be obliged to exclude it from the Council of Europe member states. Russian Foreign Minister, Sergey Lavrov, seriously considers this possibility stating that Russia does not have “equal rights” in the organization, and it is subject to discrimination. It should be reminded, that rights of the Russian delegation to the Assembly of the Council of Europe were limited due to annexation of Crimea. Russian delegates lost their right to vote, were excluded from participation in the Assembly’s governing bodies and observer missions. In response, Russia suspended its participation in the Assembly. In 2018, Russia refused to contribute its share to the CoE budget.

The experts of the Symposium expressed their regret about the fact that discourse of the relations between Russia and the Council of Europe is of political nature, and not based on the legal arguments, while the first victims of Russia's withdrawal from the Council of Europe will be ordinary Russian citizens, who won’t be able to apply to the ECHR. Human rights lawyer Anton Burkov (Russia) explained that “leaving PACE will deprive us of possibility to use the practice of the ECHR in Russia, and people will lose their right to hope”. The CoE Secretary General Thorbjorn Jagland also stated that withdrawal of Russia would lead to deterioration of the human rights situation both inside the country and in Europe as a whole. Will Russia be able to maintain and develop the human rights system outside the Council of Europe?

Some participants of the forum believe that it’s the high time to start discussing and looking for alternative bodies of international jurisprudence for human rights protection. 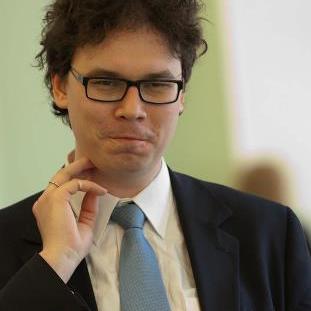 “We have to take our own responsibility seriously without relying solely on the ECHR, but rather debate how to improve the Russian national judiciary on human rights protection. Let’s build it on the fact that the ECHR is not a court for small cases. It has to deal with serious issues in many countries.”

It is necessary to explore the potential of the Russian Constitutional Court as there is no adequate replacement for the ECHR at the international level. None of the UN committees would be able to handle the flow of complaints from Russia.

Olga Podoplelova, Lawyer at the Institute for Law and Public Policy 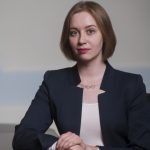 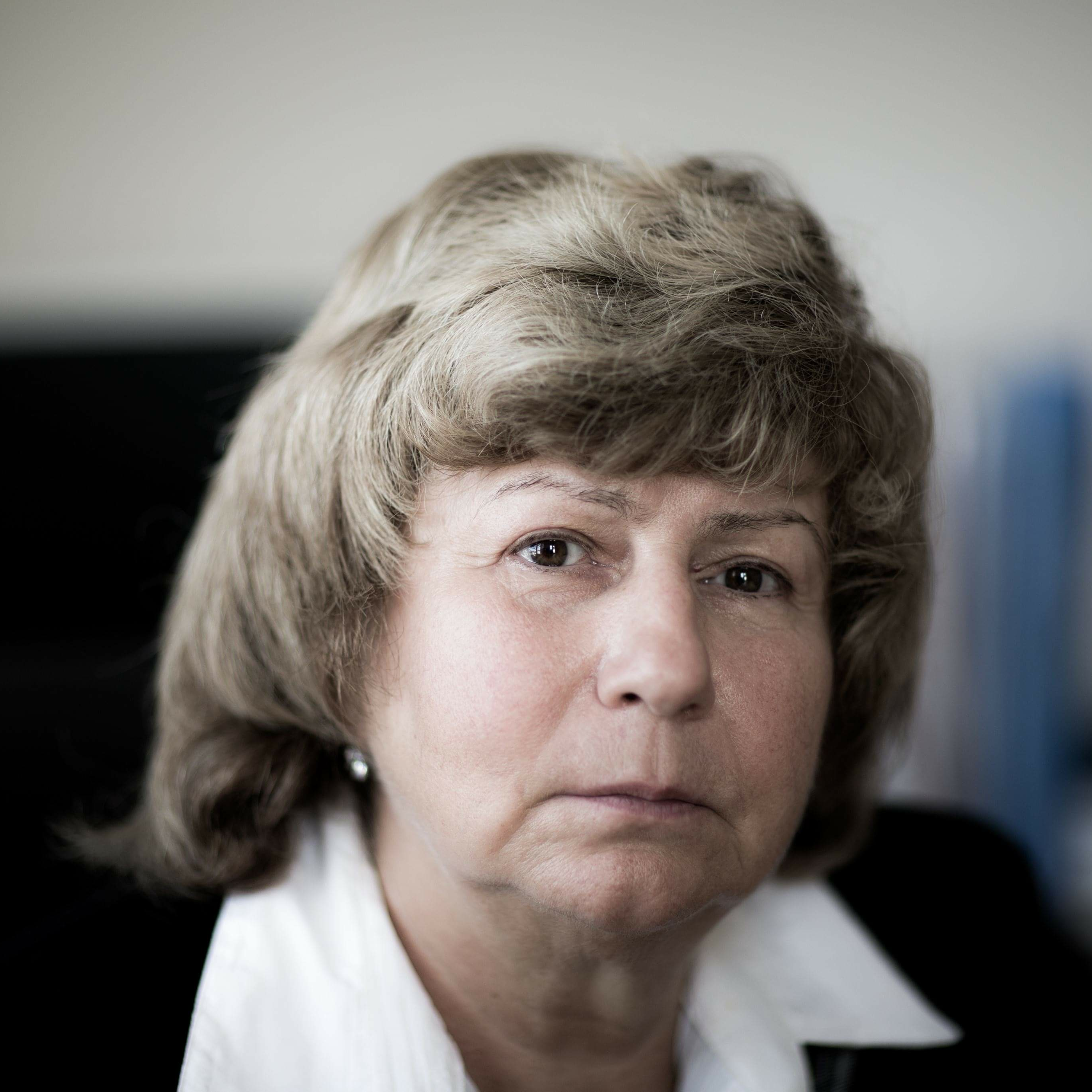 “There’s no question that would be more difficult for me than Russia’s withdrawal from PACE. If it happens, the Russian courts will stop paying attention to decisions of the ECHR. I want the CoE to remain the same, and I hope that Russia stays there. The Russian membership benefits both sides. “Russia out” is more dangerous than “Russia in”

Thus, Karinna Moskalenko expressed the opinion shared by most experts at the Symposium – the distortion of the international human rights system won’t benefit neither Russia nor Europe.

However, there are good news as well. Russia and Europe civil society actors are on the same problematic agenda and have a similar set of tools to advance human rights. One of them is strategic litigation when court proceedings on private cases benefit to the public interest. Lawyers in Russia have won a lot of cases at the European Court of Human Rights and at the UN committees, and all these decisions anyways have impact on the Russian judicial system. Among such cases, there are, for instance: lift of a ban for HIV-positive individuals on creation of a family and reduction of the list of prohibited professions for women; the Court’s ruling stating that the investigation of the murder of journalist Anna Politkovskaya was ineffective.

“Yes, it happens: legal tools are used by the governments to demount the democratic state, to change the education system in a way that discourages people from thinking critically. However, in my opinion, parallels with the rise of fascism back in the 30s are inappropriate today. Today, we are speaking in the context of EU, and we have the instruments and institutes to stop these dismantling processes. The governments always impose pressure on people and courts, that's not nothing new. But when people stop fearing, they are capable of much more than they think they are”

Monika Platek, Professor at the University of Warsaw 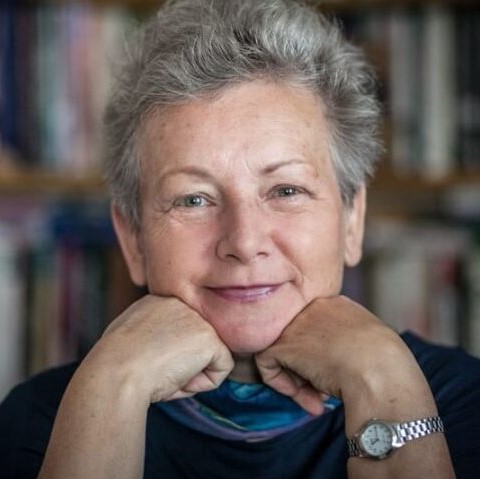 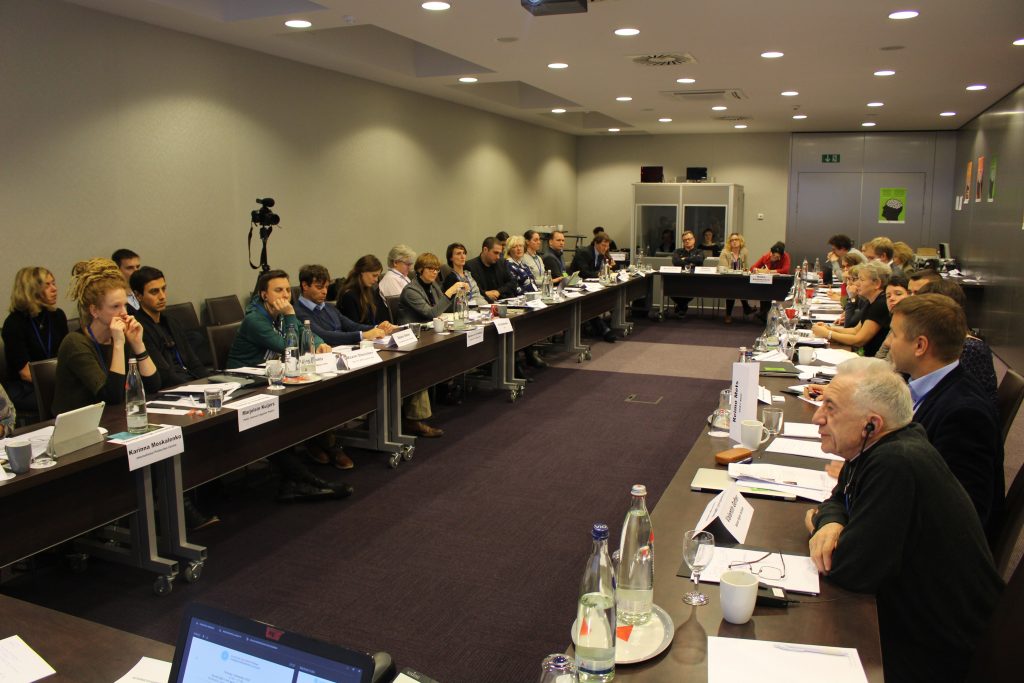 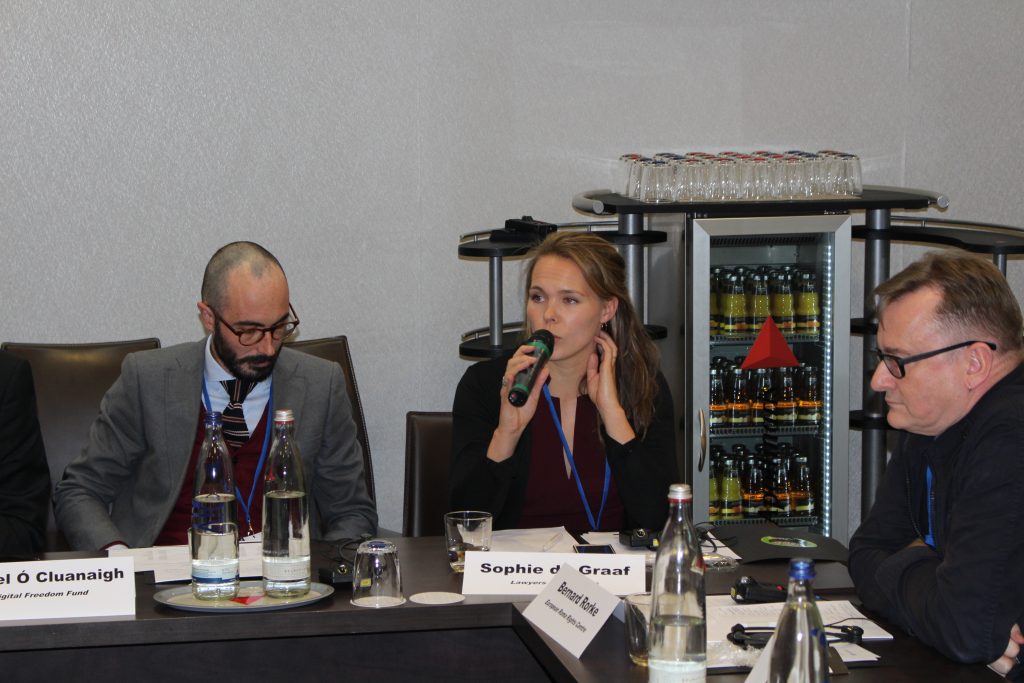 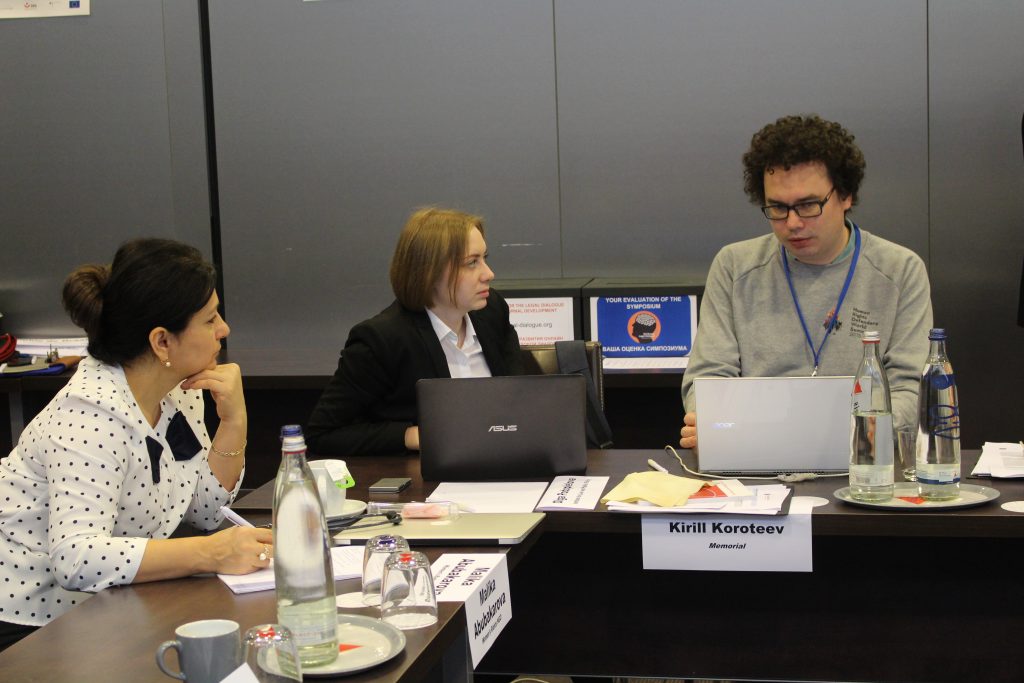 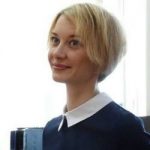 Yuliia Schastlivtseva is a journalist and a lawyer. She graduated from the Magnitogorsk State University majoring in philology; graduated with a master’s degree in law from the Higher School of Economics (Moscow). She is alumnus of the Moscow School of Political Studies (MSPS). Yuliia is the Director of the Leonid Nikitinsky’s Centre for legal and media initiatives and Project director in Alliance of Independent Regional Publishers (ANRI). As a journalist, she works with human rights and judiciary issues.

Symposium participants on state of civil society in their countries

Russia and the Council of Europe