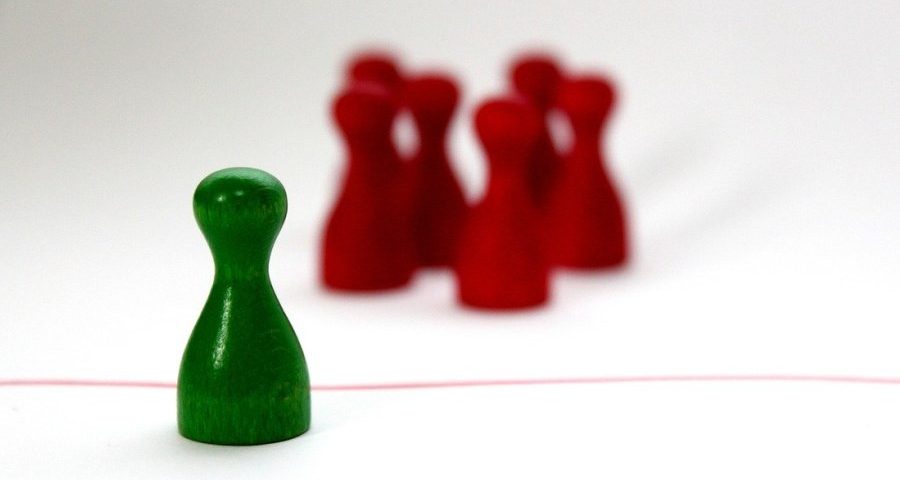 What is the future of Russian citizens extradited from EU countries to their homeland? According to the European Convention on Human Rights and European human rights case law, a country attempting to extradite an accused person must assess the risks that the person may face. But do the European courts assess these risks correctly?

On 17 January 2013, Alexander Dolmatov, a 36-year-old Russian national, committed suicide at a deportation detention centre in Rotterdam. The day before, Dutch authorities had turned down his application for political asylum. Dolmatov feared being arrested in Russia as part of the so-called Bolotnaya Square case, in which nearly two dozen people who had been involved in a peaceful demonstration in Moscow on May 6, 2012, were tried and sentenced to various terms in prison for “rioting.” According to Olga Romanova, the director of Russia Behind Bars, Dolmatov was so afraid of the imprisonment, torture, and abuse awaiting him in Russia that he decided to end his own life.

Dolmatov’s story shows how seriously an extraditing country should take the threats that might await an extradited person at home. According to the European Convention on Human Rights and European human rights case law, a country attempting to extradite an accused person must assess the risks that the person may face. In its judgement in Garabayev v. Russia (7 June 2007), the European Court of Human Rights pointed to the need to ensure that the accused person was not at risk of torture or inhumane treatment in the country requesting the extradition. Courts should ask these countries to guarantee the security of extradited persons, for example, by enabling unhindered visitation of the accused by independent observers. However, are the European Convention’s guarantees applied to Russian nationals and are they sufficient?

In October 2017, Stanislav Dzgoev, a Russian national accused of robbery, was extradited from the UK. It was the second successful extradition of a Russian national from the UK in history, and the first since 2013. The Russian government obtained the extradition through a guarantee, made by the Russian Prosecutor General’s Office, that Dzgoev would be held in special conditions that did not violate Article 3 of the United Nations Convention against Torture and Other Cruel, Inhuman or Degrading Treatment or Punishment.

Russia regarded the extradition as a great success for its law enforcement agencies. In an official statement, the Russian Prosecutor General’s Office voiced the hope that the decision would set a precedent and mark a turning point in cooperation between them and the competent authorities in the UK on the question of extradition.

The court ruling, the reaction of Russian authorities to it, and the details of this case raise many questions. First of all, how trustworthy are guarantees made by Russian law enforcement agencies? It was, after all, the guarantee made by the Prosecutor General’s Office that played a crucial role in the court ruling in this case.

In addition, according to the information that Russia Behind Bars has obtained from prisoners and relatives of prisoners who have turned to it for assistance, and the results of the organization’s own research, there are no pre-trial detention centres and penal colonies in Russia that satisfy the requirements of Article 3 of the UN Convention against Torture. In the cases that Russia Behind Bars has handled, the Prosecutor General’s Office identified Moscow Pre-Trial Detention Centre No. 1 as a place that met the requirements. However, even the Russian government, in its resolution on developing the country’s penitentiary system (No. 420, 6 April 2018) indicated that Moscow’s jails and remand prisons were overcrowded and unable to provide medical care. According to our information, Pre-Trial Detention Centre No. 1 is no exception. Although it does a comparatively better job of providing medical care than other detention facilities in Moscow, the level of the care, as well as the availability of medicines, remains extremely low.

The emotional official press release issued by the Prosecutor General’s Office on this occasion raises questions, as well as its zeal in securing the extradition of a person accused of a run-of-the-mill violent crime. Based on the press release by the Prosecutor General’s Office, which signally failed to mention the circumstances of Dzgoev’s case, we can say that Dzgoev himself was of no interest to the Russian side. Their aim, rather, was to create a positive precedent that could shape future judicial practice.

In 2018–2019, Russia Behind Bars began receiving significantly more requests for assistance from Russian nationals facing extradition from EU countries. Most of them were not political activists or big businessmen. In all the new cases, Russian officials had assured national European courts that the accused would be held in special conditions while also denying that their criminal prosecutions were politically motivated.

In our view, the increase in the numbers of extradition cases and requests for extradition in old cases is due to a change in the approach of the Russian authorities. Amidst the flood of requests, in which most of the accused are of no real interest to them, the Russian authorities can conceal requests to extradite people against whom they are carrying out politically motivated prosecutions. We call this tactic on the part the Russian authorities “legal spamming.” The approach poses a potential threat to grassroots activists from Russia, who could face politically motivated criminal prosecution and inhumane treatment in pre-trial detention facilities at home.

In our opinion, the main source of politically motivated persecution in Russia is the Chechen Republic. The Chechen government has a strict policy of cracking down on human rights. Mokhmad Abdurakhmanov, who works with Vayfond, a human rights group that provides assistance to Chechens and Ingush, believes that any Chechen who flees persecution by going to Europe will be subjected to physical assault or other forms of punishment merely for attempting to hide, regardless of whether their persecution originally was politically motivated or not. It should be noted that Abdurakhmanov himself and his family requested political asylum in Germany claiming that his life was threatened in Chechnya.

In such circumstances, the courts of EU countries should carefully examine every criminal case originating in Chechnya. They should recognize the extremely high risk that a person may be subjected to torture or extrajudicial killing.

The German Constitutional Court’s recent rulings (2 BvR 828/19 and 2 BvR 517/19, 30 October 2019) have drawn attention to the fact that Chechnya has particularly severe problems with human rights violations. We hope that these judgements will influence German courts when they weigh the risks that the rights of Russian nationals will be violated if they are extradited, and that the example of the German Constitutional Court will be heeded by the courts of other EU countries.

However, Russia’s policy is not the only one that raises concerns when it comes to extradition. As mentioned above, courts in Europe, when making rulings on extradition requests, ask for assurances from Russian authorities that representatives of the extraditing country can monitor the plight of extradited persons and visit them in custody. This is one of the guarantees proposed by the European Court of Human Rights, but its effectiveness depends directly on the efforts of the country’s own authorities. As far as we know, the German Embassy in Russia does not have an employee tasked with visiting extradited persons or even make inquiries about their well-being. The Polish Embassy has only one employee who does this work, but they are unable to visit a significant number of the extradited. This guarantee should thus not be regarded as effective by the courts: in reality, it in no way affects the security of accused persons who have been extradited. Courts should only use it in cases where it is certain that the accused person will be visited.

In short, European courts have not paid due attention to these considerations when adjudicating cases that may cost Russian nationals their lives. Mokhmad Abdurakhmanov’s request for political asylum was denied: the court concluded that he could return to Russia, although he should settle in a different Russian region. The fact that Mokhmad’s brother Tumso is a well-known blogger who openly criticizes the Kadyrov regime, and the fact that the speaker of the Chechen Parliament, Magomed Daudov, publicly declared a blood feud against Tumso, did not impress the court. Mokhmad Abdurakhmanov has now appealed the rejection of his asylum application. In February 2020, Tumso Abdurakhmanov, who applied for political asylum to the Polish authorities (and was also turned down), was violently assaulted in his own apartment. Perhaps this will affect the court’s final decision?