Expanding the Access of Legal Counsel to Prisoners in Russia 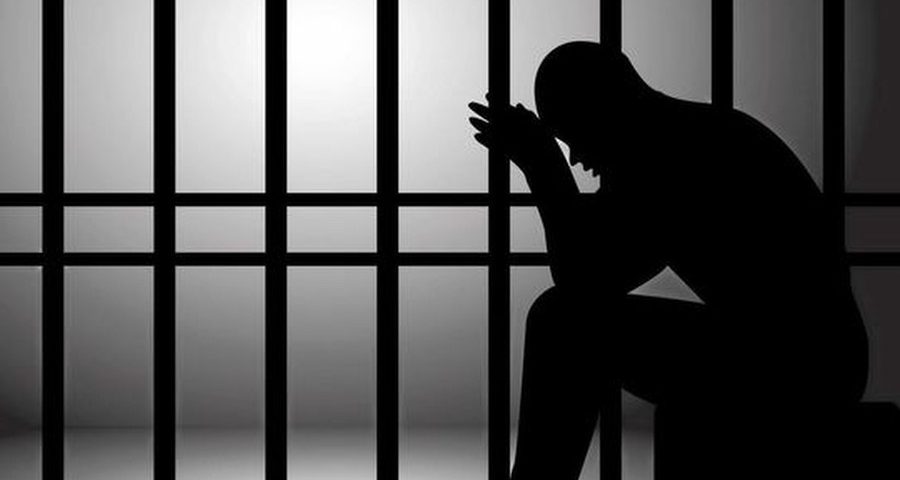 The late well-known Soviet dissident Vladimir Shaklein founded the IHRC in Yekaterinburg in 1996. Currently, it serves as a clearinghouse for dozens of human rights activists and human rights groups in several Russian regions.

In recent years, the IHRC has received numerous appeals from prisoners, who have become the center’s principal focus. The IHRC helps prisoners by securing their basic human and civil rights, such as the right to life, the right to health care and medical treatment, the right not to be subjected to torture and cruel and unusual punishment, the right to legal counsel, freedom of conscience, and the right to privacy.

IHRC has made a huge effort in making the Russian penitentiary system open and transparent. We are aware that only transparency can help us secure the basic rights of prisoners.

In the past decade, we have focused on two ways of achieving transparency in the penitentiary system: 1) broadening the scope of legal aid to prisoners, most of which is provided pro bono, since the vast majority of prisoners and their families have limited financial means; 2) expanding public oversight of the rights of prisoners.

One important, if not crucial, element in protecting the rights of prisoners is access to the prisoners themselves. Our experience has shown it is hard to gain this access without procedures ensuring the right to receive and render legal assistance per se. (The right to receive legal assistance and the right to render it are different rights belonging to different people, but they are two sides of the same coin.) Indeed, it is problematic, if not impossible, to represent prisoners, for example, during criminal proceedings and parole hearings, to ensure their right to medical treatment, their freedom from torture and other forms of cruel and unusual punishment, their right to a legal defense, including the right to challenge unlawful and unreasonable punishments, their right to privacy, etc., without being unable to meet personally with them, engage in confidential conversations, draft and exchange documents in person, and draw up powers of attorney to represent them in the Russian courts and the European Court of Human Rights—in other words, without being able to do the ordinary things all lawyers do to provide clients with legal aid per se, much less high-quality, effective legal counsel.

In this respect, the IHRC has generally succeeded in shaping positive law enforcement and judicial practices.

The first key court ruling on the subject was rendered by the Kirov District Court in Yekaterinburg on July 14, 2009. The court ruled in the IHRC’s favor, stating the prison warden who had prevented Vladimir Shaklein from meeting with a prisoner in order provide him with pro bono legal assistance had acted unlawfully. The Sverdlovsk Regional Court upheld the ruling, which was the basis for the subsequent positive relationship between local law enforcement and the local judiciary and the IHRC, the Prisoner Rights Foundation, and a number of other human rights groups.

Over the last few years, however, that positive relationship has faltered. In particular, when refusing to let human rights defenders see prisoners, prison wardens and court judges have argued the human rights activists did not have law degrees, although Russian law has nothing to say on the subject.

IHRC thus filed a complaint with the Russian Constitutional Court on behalf of two convicts who petitioned the court, declaring certain regulations of the Russian Federal Correctional Code unconstitutional. In practical terms, the regulations made it difficult for authorized staff members of human rights groups chartered to provide legal aid to prisoners while they are serving their sentences to meet with convicts in person to provide them with legal aid, as well as legal proxies and “other individuals authorized to provide legal assistance,” if they cannot prove they have law degrees.

As a positive example of how the scope of legal assistance provided to prisoners has expanded, I can cite another case, involving our center, that has positively impacted the entire legal system in Russia.

For years, if not decades, it was customary that prisoners placed in medical facilities had no recourse to legal counsel, and the grounds for this were brief, sketchy medical reports that not only barred prisoners from involvement in court hearings and police investigations, which was as it should have been, but from seeing their lawyers as well. The upshot was that prisoners who had been assaulted and beaten were admitted to the hospital of Correctional Colony No. 2 in Yekaterinburg, but no one could visit them to certify their injuries and take their testimony, neither lawyers, prosecutors nor police investigators.

I found about this in February 2012 when I went to the penal colony to meet with convict Denis Finogenov. The colony’s acting warden told me I could not meet with Mr. Finogenov. I was told the convict was in hospital, so I was not permitted to meet with him.

In May of the same year, I filed a lawsuit against the acting warden with the Upper Iset District Court in Yekaterinburg. In September, the court ruled the warden had been in his rights when he had refused to let me see Mr. Finogenov. Arguing for the defendant, the court cited  Clause 119 Paragraph 2 of the Procedure for the Medical Treatment of Convicts and Detainees, dated October 17, 2005. According to this document, visits to prisoners and detainees may be temporarily suspended due to quarantine, other sanitary and epidemiological grounds, or if the visit could compromise the health of the prisoner or visitor, as outlined in a brief medical report. The rule seemingly did not mention lawyers directly but, as we have seen, it applied just as fully to them as well.

In January 2013, the Sverdlovsk Regional Court upheld the ruling.

More than a year passed. During this time, on several occasions I was again not allowed to see clients hospitalized at Correctional Colony No. 2. A pattern had emerged. The practice of denying access to prisoners was set in place. Sadly, some of my colleagues took this circumstance for granted, as a force majeure of our profession.

After weighing all the pros and cons, in March 2014, my clients and I filed a challenge to the regulation with the Russian Supreme Court in attempt to protect their right as convicts to obtain legal counsel and my right as a lawyer to provide it. The case we had lost in the Upper Iset District Court and the Sverdlovsk Regional Court was quite useful, since it was a clear indication our rights had been infringed.

During the proceedings, I submitted to the presiding judge in the case a letter written and signed by I.V. Mikhailovich, vice-president of the Sverdlovsk Regional Bar Association. It accurately described the dilemma faced by the Russian Supreme Court.

I know lawyers in Sverdlovsk Region constantly face circumstances in which they are unable to do their work and provide legal counsel to their clients, because the latter have been hospitalized in a correctional facility, in particular, the hospital at Correctional Colony No. 2 of the Russian Federal Penitentiary Service for Sverdlovsk Region.

In such hospitals, people in custody are absolutely disenfranchised, because the wardens cite the clause now under challenged in your court and refuse to let lawyers see clients. For example, as far as Correctional Colony No. 2 is concerned, I do not know of a single case in which a lawyer was allowed to meet a client undergoing treatment in the facility’s hospital and provide them with legal counsel.

Inmates are often hospitalized in correctional facilities for treatment of bodily injuries and other harm to their health resulting from unlawful inducement. They are extremely vulnerable in such circumstances and need emergency legal assistance, if only to compel the wardens at the correctional facility to certify the bodily injuries endured, which often go undocumented, and draft appropriate complaints to law enforcement agencies. In such cases, however, denying lawyers access to their clients actually makes it impossible for them to perform their professional duties, which involve protecting the constitutional rights of their clients and identifying the perpetrators.

Ultimately, the Supreme Court sided with us. In 2014, they ruled for the plaintiffs in our case, declaring illegal and invalid the provision in the Procedure for the Medical Treatment of Convicts and Detainees we had challenged, since it had placed unnecessary strictures on the right of sick and injured convicts and detainees to meet with lawyers or other individuals empowered to provide legal assistance.

Currently, thanks to our efforts, dozens of employees, members, and volunteers at the IHRC and other human rights groups in different regions of Russia visit prisoners almost on the same basis as lawyers, providing them with pro bono legal assistance. This is extremely important, since merely visiting people held in total isolation, explaining their basic rights to them and how they can be exercised, and drafting a simple complaint on their behalf can often change their circumstances radically, ensuring they are no longer tortured and abused by Russian law enforcement officers and prison wardens, and their rights are no longer violated in other ways.

Things are far from rosy, however: lawyers, human rights defenders, and other individuals who render legal assistance to prisoners are often denied access to their clients.

Experience shows the staff at correctional facilities are quite ingenious in finding grounds to turn down a request for a visit. The most popular excuses are the lack of a formal written request for the visit on the part of convicts; improper credentials; the lack of a signed power of attorney (this applies to lawyers); an order by a case investigator not to let a lawyer into the facility; kinship with the prisoner (this applies to people appointed under a power of attorney and human rights defenders who are not lawyers); a sentence or verdict in a criminal case or criminal matter in which the defender was admitted to the facility has come into effect (this applies to human rights defenders who are not lawyers); there is no room for meeting with prisoners or all the rooms are occupied; the convict is preparing for transfer to another facility or has just arrived from another facility and is being held in the quarantine unit; or the prisoner has “verbally refused” to meet or employ a particular person as their legal counsel.

There are no effective means for countering such gross violations of the rights of prisoners. The Russian criminal and administrative offenses codes stipulate no punishments for committing these violations. Of course, complaints can be filed with the courts in the prescribed manner, but this is not an effective safeguard: court proceedings can last for months, and anything whatsoever can happen to prisoners during this time. Even if you win your case, there is no guarantee you will have access to your client the next time you need to see them.

Roman Kachanov is the president of the Interregional Center of Human Rights. As a lawyer, he practises on a daily basis in prison litigation before the Russian courts and the European Court of Human Rights. He has been particularly involved in issues of prisoners' access to the law, on which he has obtained landmark rulings from the Supreme Court and the Constitutional Court. He is also regularly involved in cases concerning freedom of expression.