Defend a Defender: Ensuring Human Rights Protection for the Brave 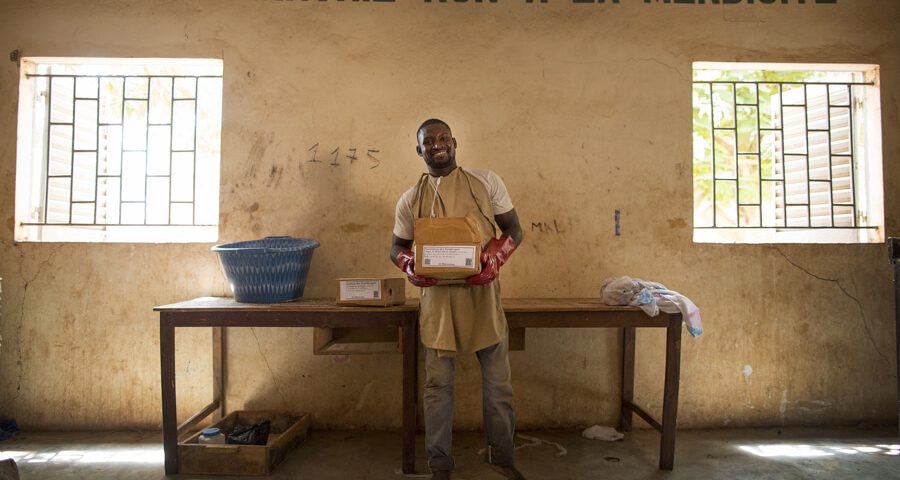 This article reflects upon the situation of human rights defenders in the OSCE area in the light of the aforementioned event and report. In no way should this article be regarded as a comprehensive overview of the situation in the OSCE area. It should be rather perceived as food for thought on how we can collectively improve our lot as human rights defenders working in a common region.

Human Rights Defender: How to Find and Define?

Following the principle “when we define, we exclude”, the Declaration does not specify who is or can be a human rights defender. According to this broad categorization, human rights defenders can be any person or group of persons working to promote human rights, ranging from intergovernmental organizations covering a world’s region to an individual working within his or her local community. Defenders can be of any gender, age, nationality or ethnicity, education, occupation or other background. Human rights defenders may both come from non-governmental settings, such as NGOs or CSOs, intergovernmental organizations, such as the UN or OSCE, as well as governmental and semi-governmental bodies, National Human Rights Institutions (NHRIs) and the private sector4Who is a defender? Office of the United Nations High Commissioner for Human Rights, http://www.ohchr.org/EN/Issues/SRHRDefenders/Pages/Defender.aspx.

Hence, broadly speaking, a human right defender is defined by what he or she does and how he or she carries out his or her work, rather than by what he or she is. In this sense, each and every one of us concerned with human rights in a particular area, country or globally is a human rights defender. Thus, we all have rights and responsibilities under the UN Declaration on Human Rights Defenders, which states should at least guarantee. At the same time, we are all vulnerable to abuses from state and non-state actors, especially when our work is not deemed legitimate human rights work adopted by a state.

The next year of 2018 will mark the twentieth anniversary of the UN Declaration on Human Rights Defenders. Despite the Declaration, there has been no significant improvement to the conditions under which human rights defenders operate around the globe, and in the OSCE area in particular. It can actually be argued that the contexts in some OSCE participating states have become more tense and volatile. Nationalistic and far-right policy shifts accompanied with autocratic and semi-authoritarian rule, further tightened control over the already-shrinking space for freedom of expression, association and assembly, intensified persecution of independent critics, expansion of the power of law enforcement and security agencies, including to control online space – this is a non-exhaustive list of adversarial factors influencing human rights defenders’ work. However, despite the limiting environment, human rights defenders continue their efforts to make sure people’s fears and concerns are at least voiced.

Nevertheless, while striving to protect and realize the rights and freedoms of others, human rights defenders themselves frequently become targets of serious and systematic abuses by state and non-state actors. Due to the nature of their work, they face specific risks, including criminalisation, delegitimisation, marginalisation and interference with their private lives. In 2016, human rights defenders in Russia and some EU countries faced new restrictions to their freedom of association, particularly with respect to accessing international funding, freedom of expression, including in cyberspace, and freedom of peaceful assembly6Annual report on Human Rights Defenders at Risk in 2016, Front Line Defenders (2016) https://www.frontlinedefenders.org/en/resource-publication/annual-report-human-rights-defenders-risk-2016. “Smear campaigns and stigmatisation were also widely employed, though legal action remained the most commonly used state tactic”7Ibid, p. 6. Vaguely defined “security concerns”, a notion employed in a number of OSCE participating states, are being used to justify arbitrary detentions and searches, frequently leading to deprivations of liberty. The trend of introducing restrictive cybercrime legislation, including in such countries as Belarus, Kazakhstan, Russia, and the United Kingdom, has had significant implications to online human rights activism8Ibid, p. 8.

Although international monitoring bodies have not yet established the exact number of human rights defenders at risk in the OSCE region, according to the Front Line Defenders, there are around 119 known active cases against human rights activists in Europe and Central Asia9Open Cases, Front Line Defenders, 2017, https://www.frontlinedefenders.org/open-cases. The actual number of those facing persecution for human rights-related work is twice or even three times higher, no doubt. Despite some good news on the plight of several released human rights defenders from Azerbaijan, an increased number of cases in the OSCE area brought under such changes as LGBTIQ-propaganda and non-compliance with registration of foreign funding clearly marks a worrying trend10Data retrieved from Front Line Defenders website, www.frontlinedefenders.org. Since most civil society activists, including ourselves, are human rights defenders and some of us are involved in online human rights activism, we are increasingly vulnerable to online and offline threats and harassment from state and non-state actors.

The Responsibility of the State. To protect or not to protect?

Despite the fact that the primary responsibility for the protection of human rights defenders lies with states11UN Declaration on Human Rights Defenders, http://www.ohchr.org/Documents/Issues/Defenders/Declaration/declaration.pdf, countries frequently fail to fulfil their obligations to respect, protect and fulfil the rights of human rights activists. This is due to a number of reasons, including, but not limited to, a lack of political will non-recognition of the term «human rights defender» under a given state’s law; broad, vague or non-existent definitions of terrorism and extremism within the context of national security arguments; lack of specific state-guaranteed protective instruments and mechanisms for human rights defenders and/or their implementation mechanism; weak National Human Rights Institutions (NHRIs)12“The Responsibility of States”: Protection of Human Rights Defenders in the OSCE Region (2014–2016), Implementation of the international standards outlined in the ODIHR Guidelines on the Protection of Human Rights Defenders, OSCE/ODIHR (2017), http://www.osce.org/odihr/341366; etc. This list is virtually endless.

It is very difficult to predict the future of human rights, but at present it seems gloomy. We are, of course, too far from advocating for the adoption of a comprehensive legally binding instrument on the basis of the Model Law on the Recognition and Protection of Human Rights Defenders 19International Service for Human Rights (ISHR), “Ground-breaking Model Law to recognise and protect human rights defenders” (June 2016), available at: http://www.ishr.ch/news/groundbreakingmodel-law-recognise-and-protect-human-rights-defenders., even in a single progressive state. The only way to protect our rights and the rights of others that seems valid for now is to unite and act: through online and offline platforms 20See Protect Defenders EU Emergency Support, https://www.protectdefenders.eu/en/index.html; Front Line Defenders, https://www.frontlinedefenders.org/en; International Services for Human Rights, http://www.ishr.ch; United Nations Special Rapporteur on the Situation of Human Rights Defenders, https://www.protecting-defenders.org/; Worldwide movement for Human Rights, https://www.fidh.org;, through joint communication with regional and international bodies, through mass solidarity actions with every individual or community facing injustice or persecution in the OSCE region and globally as well as through massively bringing good practices on the protection of human rights defenders to the attention of our respective states. What we, however, should always keep in mind and constantly remind the states of is that “there can be no guarantee of fundamental freedoms or human rights in a world where human rights defenders continue to be persecuted for their work 21Ambassador Janez Lenarčič, Director, OSCE Office for Democratic Institutions and Human Rights, Guidelines on the Protection of Human Rights Defenders, Warsaw: OSCE/ODIHR, 2014. Available at: http://www.osce.org/odihr/119633..”[:]

Karina Levina is a human development professional working in the area of social protection with the UN FAO. She provides policy and programme support on the expansion of social protection coverage to the most vulnerable and marginalised population. Karina also has a proven record of working for human rights with such international organisations as UN OHCHR, UNESCO and OSCE/ODIHR. She also serves as one of the founding members of the International Network on Legal Assistance to Refugees (INLAR). Karina holds a BAs in International Relations and Law enhanced with MSc in Russian, Central and Eastern European studies from the University of Glasgow and Jagiellonian University of Krakow. 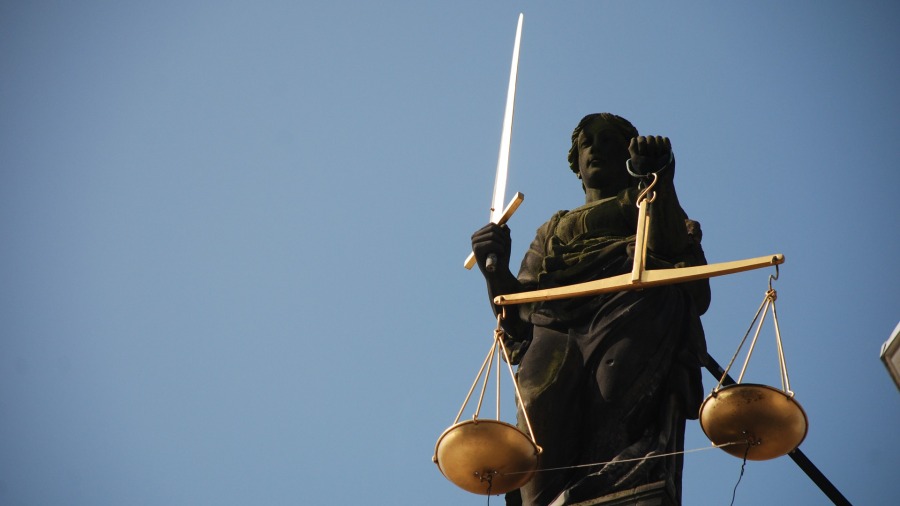 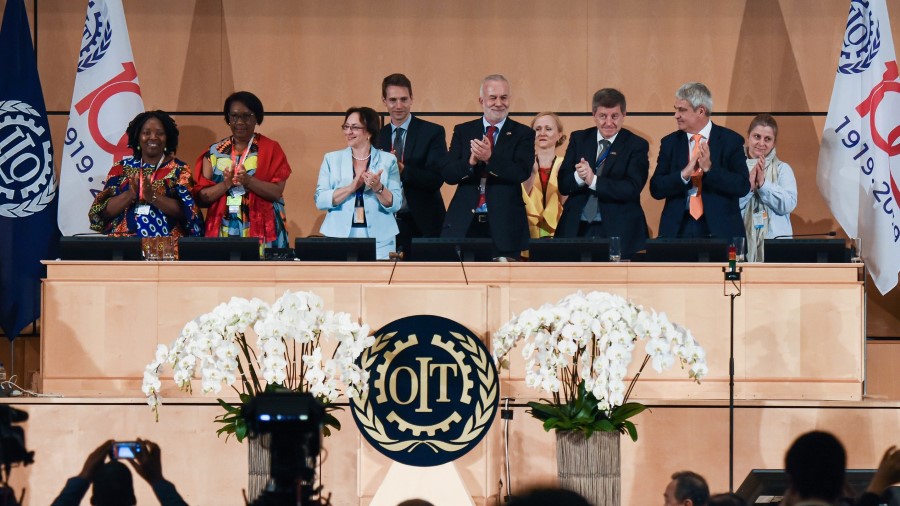