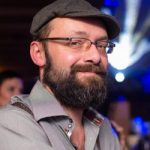 Dmitry Shabelnikov is Director for Eurasia at PILnet: The Public Interest Law Network, an international NGO. He has been leading efforts to promote legal aid reforms in Russia and develop clinical legal education there. Following the expansion of the PILnet Moscow office in 2007, he has continued to steer major PILnet strategies in Russia, including legal aid reform and legal education reform initiatives and the expansion of pro bono practice. Since 2017, he has been also leading PILnet’s work in post-Soviet countries. Before joining PILnet in 2003, he worked in various capacities for the Moscow offices of the American Bar Association's Central European and Eurasian Law Initiative (ABA CEELI) and the Ford Foundation. Shabelnikov has authored, edited, and translated several books and numerous articles on public interest law, legal aid, legal education, pro bono, and other related subjects.