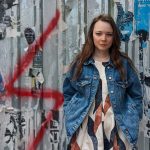 From an ethical, legal and social standpoint, sexual consent is a complex concept. It has no single definition, and taboos around talking about sex can make it difficult to discuss. Nevertheless, every year more and more countries are recognising sex without consent as rape.
Manage Cookie Consent
We use cookies to optimize our website and our service.
Manage options Manage services Manage vendors Read more about these purposes
View preferences
{title} {title} {title}