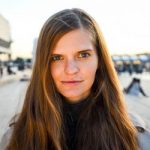 Under the European Convention on Human Rights, states must guarantee free and open debates about the past. Yet, with the rise of memory laws, the right to free expression has been endangered.
Load more