Climate Change Threats and Perceptions: Choice of Priorities and Role of NGOs 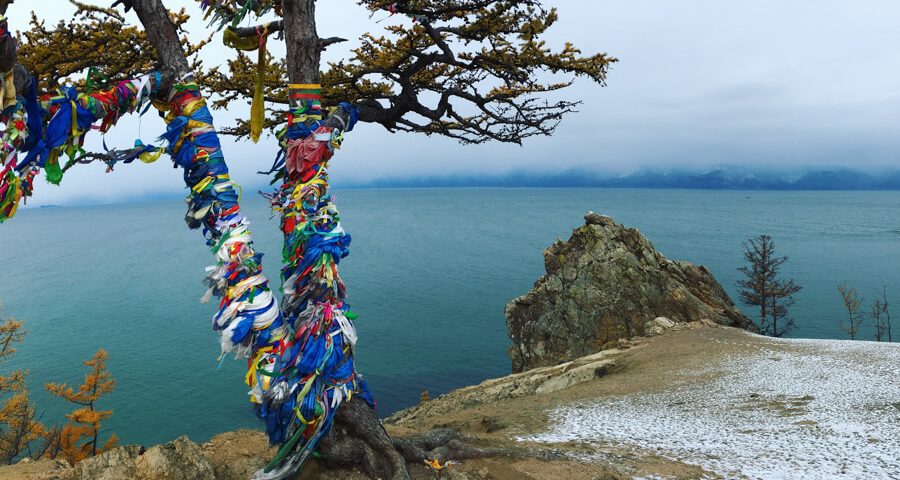 External threats and their perceptions tend to reflect differences between a society’s various segments and groups—which, in turn, stem from problems on local, regional or global levels. Certain problems can provoke public discontent and often require legislative regulation by the state. However, even in countries with well-developed civil society institutions, the state’s response can be controversial, providing little more than an illusory solution, while the actual problem remains hidden from sight, only to end up in explosive social conflict sooner or later. What is the role of NGOs in such situations?

Let us examine the issue through the example of climate change threats and their perception by society.

Most of us have heard about so-called ‘climate refugees’. Assuming the same growth rates of anthropogenic greenhouse gas (GHG) emissions, their numbers in the EU countries may increase to an extent that makes today’s migration flows pale in comparison. But in fact, the first ‘climate refugees’ appeared during the last century, long before this term entered academic and political parlance, in countries where giant dams and hydroelectric power plants (HPPs) were built on major rivers: the USSR, the US, Brazil, China, and others.

Flooding fertile lands in river valleys for hydropower reservoirs resulted in involuntary mass resettlement of the local population. In the 1970s, more than 300 communities with a combined population of 101,500 had to be relocated from an area of ​​7,600 square kilometres to make way for the hydropower reservoirs on the Angara River (the only river flowing out of Lake Baikal) in Russia1Ivanov I.N. Hydropower resources of the Angara River and the natural environment. Novosibirsk: Science. Siberian Branch, 1991..

It should be noted that river runoff magnitude and variability are essential climate indices. Rivers and low-flow lakes are part of the hydrosphere, which, according to Article 1 of the UN Framework Convention on Climate Change (UNFCCC), is an integral part of the climate system. Most dam-based HPPs heavily affect and distort natural river runoff fluctuations, producing an impact on climate change comparable in scale to that of anthropogenic GHG emissions.

Additionally, water from hydropower reservoirs is often diverted, sometimes in large quantities, for industrial and agricultural uses, causing disputes between states located upstream and downstream of the dam. For example, in the last century, the diversion of significant amounts of water from the Colorado River by the US for industrial needs almost reduced the flow of water to Mexico to zero. The result was a serious conflict between the two countries necessitating a special treaty whereby Mexico is now entitled to one-quarter of the river flow.

Using the HPP in Mongolia on the Selenga River, the main contributor of water to Lake Baikal, we can examine potential conflicts of interests between different social groups and suggest approaches to setting priorities in responding to transborder problems caused by dams on rivers and low-flow lakes.

Without going into details of the environmental campaign largely driven by Mongolian and Russian NGOs, we will focus on some of its aspects related specifically to climate threats.

Threats and Their Perception by Stakeholders

Over the past 20 years, areas around Lake Baikal in Mongolia and Russia experienced low-water cycles due to scarce precipitation, particularly in the last three years in which summer droughts caused forest fires, decreased flow from the Selenga River (contributing 50% of the inflow to Baikal), and a subsequent drop in Lake Baikal’s water level. However, older residents still remember catastrophic floods which used to occur every 20 to 30 years, with high-water cycles caused by monsoons from the Pacific Ocean hitting Mongolia.

The extreme water shortage strongly affected Mongolian livestock farmers: as small rivers and streams dried out, pastures and hayfields deteriorated, resulting in loss of livestock. Similar problems affected farmers in the floodplains of the Selenga River in Buryatia, Russia; many rural communities around Lake Baikal also experienced shortages of quality drinking water due to dropping water levels in ordinary and artesian wells. Therefore, most local people perceived the climate threat as real and affecting their wellbeing and livelihoods.

In this context, the Mongolian government’s plans to construct dam-based HPPs on the Selenga and its tributaries to support energy and mining industries caused a mixed response in both Mongolia and Russia. This necessitated an independent assessment of its potential environmental effects, with a subsequent publication of findings. Mongolia’s mining and energy industry representatives, however, referred to the country’s commitments under the Paris Agreement. They insisted that coal-fired power generation needed to be replaced by renewable hydroelectricity to allow Mongolia to reduce its anthropogenic GHG emissions in accordance with the country’s international obligations. In contrast, Mongolian environmentalists and agricultural producers referred to other international agreements, such as the UN Convention Concerning the Protection of the World Cultural and Natural Heritage, the Convention on Biological Diversity, the Ramsar Convention on Wetlands, and others. They argued that HPP construction would contravene the key principles of the Paris Agreement as well as Mongolia’s other international environmental obligations.

In Russia, hardly anyone lobbied for HPP construction in the neighbouring country—although back in Soviet times, Hydroproject, a hydrotechnical design institution based in Moscow and (then) Leningrad, designed more than a dozen HPPs in the Selenga basin for Mongolia. Today, the Russian public and energy companies are more concerned with conserving Lake Baikal’s ecosystem and persuading Mongolia to develop its energy complex without HPPs in exchange for purchasing, at lower tariffs, the surplus energy generated by Russian HPPs on the Angara and Yenisey Rivers. To further complicate matters, China is prepared to lend a lion’s share of funds to support Mongolian HPP construction, while the French Tractebel Engineering, which is part of the ENGIE/GDF SUEZ Group and claims compliance with the highest European environmental standards, is designing the largest HPP in the Selenga basin on the Eg River. Tractebel Engineering, however, has built itself a dubious reputation by participating in ‘dirty’ projects causing UNESCO’s concern—not only at Lake Baikal but also in Ethiopia, where they designed a dam causing damage to Lake Turkana National Parks in Kenya.

Certain parts of Central and Eastern Europe are facing similar issues; for example, the Middle Danube Basin—spanning Bulgaria, Romania, Croatia, Bosnia and Herzegovina—is experiencing a boom of HPP design and construction on small and medium-sized rivers, causing (or likely to cause) serious damage to protected areas of great value, as well as social tension and transborder disputes over water shortages.

Who should have priority in such circumstances? And what is the role for NGOs?

In the case of transborder problems between Russia and Mongolia, both countries’ NGOs chose to engage with the authorities in selecting development priorities based on the relatively high environmental standards required by the World Bank as part of its loan to Mongolia towards HPP design. In particular, World Bank policy provides for broad participation of the concerned public, in particular women, NGOs, indigenous people and local communities in the area affected by the project. In preparing and conducting public consultations, the two countries’ NGOs had to deal with different interpretations of both the research data on the current state of the local environment and of people’s values2The case of misinformation, pages 421-442, in The Case of Baikal: First International Public Environmental Expert Review, 15-31 October 1988. Publisher: Irkutsk, Ottisk, 2000..

Another concern, linked to the first problem, was that various business players, often acting on behalf of transnational corporations, attempted to gain access to climate funds for investment in dam-based HPP construction presented as renewable ‘green’ energy with reference to the Paris Agreement. Inconsistencies in the legal interpretation of this treaty remain a major challenge.

To respond effectively to this threat, environmental NGOs need to engage in global cooperation by setting up and joining international consortia, such as Rivers Without Borders, International Rivers, Friends of the Earth, and others. For States Parties to the Paris Agreement, intended nationally determined contributions  (INDC) play a particularly important role in dealing with this challenge.

In finalising the methodology for INDC calculation, clear-cut criteria should be included for selecting environmentally acceptable renewable energy sources in switching to low-carbon energy. The appeals made by civil society actors in different countries to the UNFCCC Secretariat calling for a ban on initiatives relying on ‘dirty’ energy sources which threaten ecosystems’ biodiversity3See http://rusecounion.ru/klimat_261115

Further expert support and discussion of this issue with the States Parties are required, in particular using the Non-State Actor Zone for Climate Action (NAZCA) and platforms for sharing the lessons learned and best practices of indigenous people and local communities.

The way society perceives threats can lead to ambiguous conclusions and priority-setting challenges. The role of NGOs could lie in promoting further development of civil society institutions capable of providing independent expert review. Based on legally-defined procedures, these would thus serve as sources of sound evidence to inform society’s choices and well-founded solutions.[:]

Sergey Shapkhaev is an ecologist from Buryatiya, Russia. He is the leader of the Fund for Protection of Lake Baikal.